In the United States, Starbucks fires employees seeking to unionize

Starbucks on Tuesday fired workers from a coffee shop in Memphis, in the central United States, who sought to join Starbucks Workers United (SWU), the first union to be recently created… 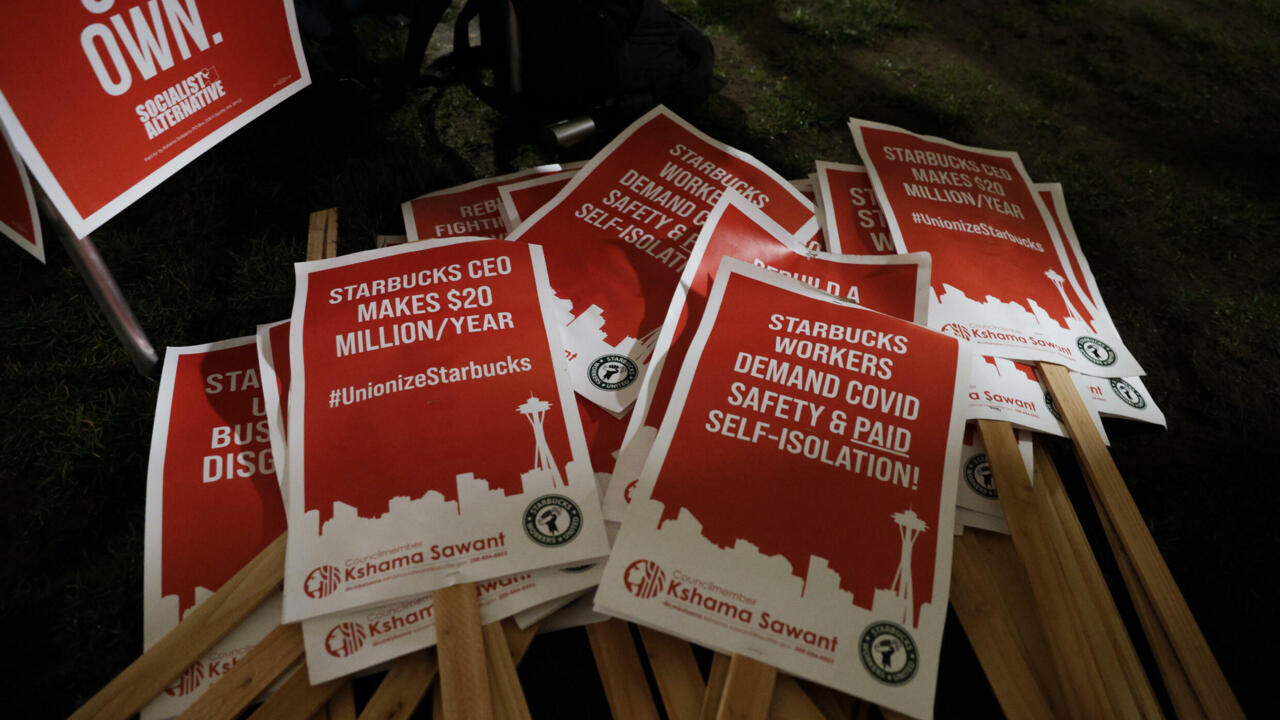 Seven cafe employees are officially accused of having broken internal rules by letting journalists into the establishment outside opening hours for interviews, a spokesperson for the group told AFP.

But it is above all a question of "reprisals" against employees who have sought to create a union in the café or who have helped them, says SWU in a press release.

“I had never been told or mentioned” the rules advanced by Starbucks to justify the dismissal, thus affirmed Nikki Taylor, team leader at the coffee in question, Poplar & Highland.

"This is a clear attempt by Starbucks to retaliate against those leading the fight for a union in the establishment and to scare other employees," she added, quoted in the press release.

Petitions will be filed with the agency responsible for labor law in the United States, the NLRB, says the organization.

For Starbucks, the dismissed employees did not follow the procedures provided for the closure of an establishment, in particular by allowing unauthorized persons, journalists, and employees outside their shifts to enter the café.

And they knew that breaking those rules was grounds for immediate dismissal.

The company "respects the right of (its) employees to join a union" and "does not carry out any anti-union action," Starbucks spokesperson told AFP on Tuesday.

But "she also expects her employees to respect the rules of (her) establishments".

The adoption in December of a union by the majority of the employees of two Starbucks cafes in Buffalo, a city on the border with Canada, aroused enthusiasm.

Starbucks had mobilized great resources to try to dissuade them, in particular sending a large number of executives to the area and increasing the number of appeals before the NLRB.

But the SWU has entered two of the three cafes where a vote was held, and employees at more than 50 Starbucks cafes are currently seeking to join the union.

A kitty created on Tuesday by the organization to support laid-off Memphis employees had raised nearly $25,000 a few hours after its launch.