Covid-19: why the mobilization against the restrictions worries the authorities

Thousands of French people are organizing on social networks to participate in the Convoy of Liberty, a movement inspired by Canada, against health restrictions. According to information from Europe 1, the Central Territorial Intelligence Service is having difficulty anticipating the precise nature of the actions of the days to come. 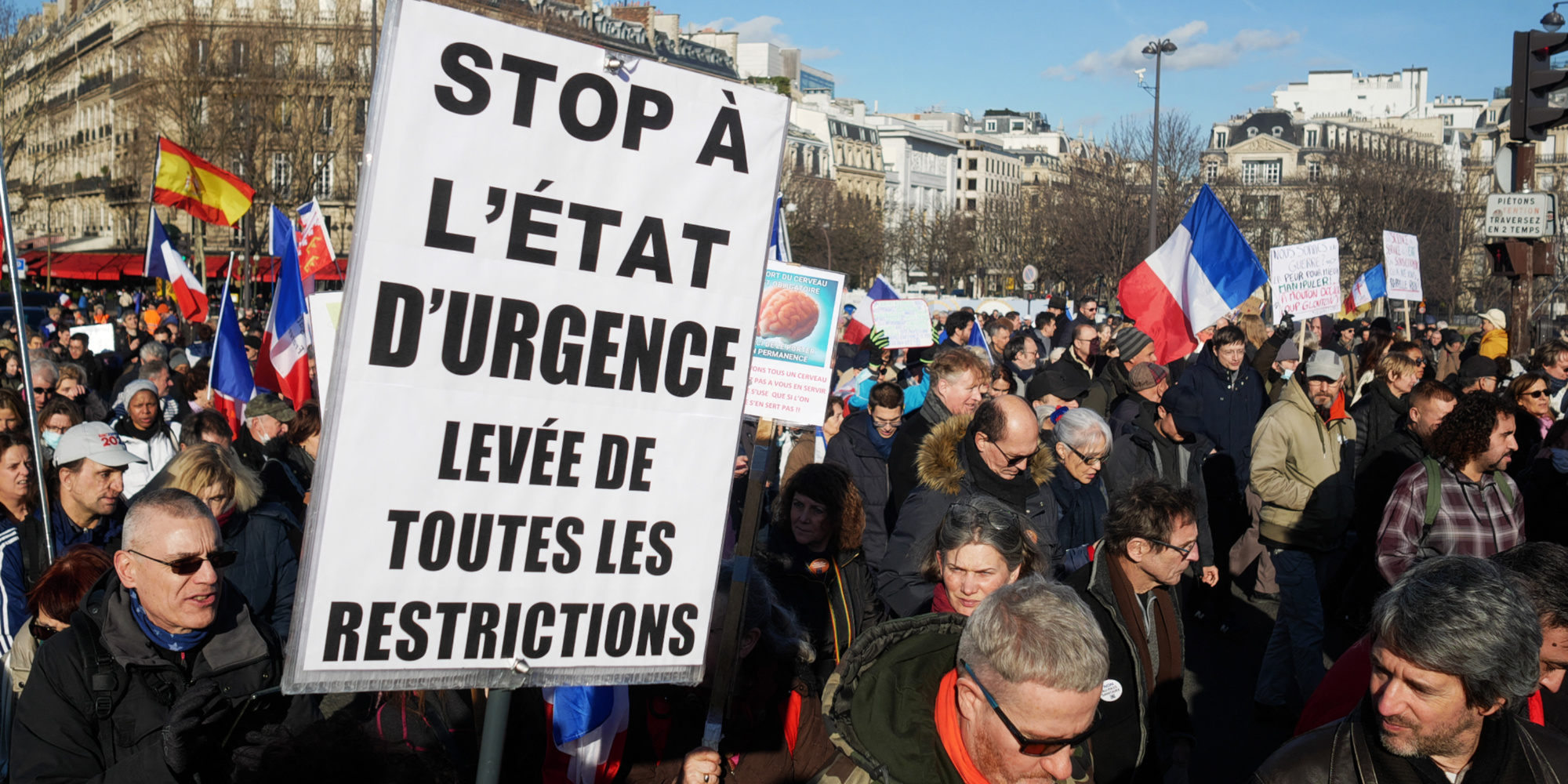 Thousands of French people are organizing on social networks to participate in the Convoy of Liberty, a movement inspired by Canada, against health restrictions.

According to information from Europe 1, the Central Territorial Intelligence Service is having difficulty anticipating the precise nature of the actions of the days to come.

Converge in Paris this Friday February 11 to try to blockade the capital, before trying to reach Brussels next Monday, February 14.

A few weeks before the presidential election, this is the watchword launched by thousands of French Internet users, angry at the restrictions decided by the government to deal with the health crisis.

In Haute-Garonne, in Saint-Gaudens, Sylvain, for example, plans to go to Toulouse on Thursday before joining the capital with other convoys.

"We are there every Saturday to demonstrate. There is another form of mobilization which would perhaps bring more visibility to the cause", affirms the self-entrepreneur, opposed to the vaccination pass.

A movement inspired by that of Canada

The sympathizer of yellow vests intends to defend freedoms.

He adds about the new mobilization: "Perhaps there will be more passenger cars, motorhomes and vans than big trucks like the ones we see in Canada, but everyone customizes as they want."

This movement is indeed inspired by that of Canada, called "freedom convoy", where since January 29, thousands of truckers from several provinces have blocked Ottawa, the capital, to protest against the government's health policy.

The blockages led to a political and security crisis: a state of emergency was declared and Prime Minister Justin Trudeau had to flee the capital with his family.

The threat taken seriously by the executive

In Paris, the executive considers the threat "very seriously", while the price of fuel, trigger of the yellow vests crisis, has never been so high since the start of the five-year term.

Several meetings have been held on Place Beauvau in recent hours specifically on this subject.

As before each mobilization, the Ministry of the Interior asked the intelligence services to take the pulse of the situation and help with operational anticipation.

According to a document from the central territorial intelligence service that Europe 1 was able to consult, the sleuths of the Ministry of the Interior are struggling to anticipate and define this unprecedented movement, which raises real questions of maintaining order.

An organization established on social networks

In Saint-Gaudens, everything is organized from Facebook groups and Telegram messaging, where antipasses mingle with yellow vests and anarchist activists.

Agathe, intermittent of the show, will not be able to make the trip but wanted to participate.

"It's anger that's in me and that goes back more than two years, with the movements of the yellow vests, the rise in fuel prices... It's a whole thing", she annoys at the microphone of Europe 1, hoping that the movement will not be taken over by any political party.

In reality, what worries territorial intelligence is that it considers the movement to be very heterogeneous, with mainly "yellow vests", "patriots" and "conspirators".

The mobilization is for the moment difficult to quantify, because everything is organized on social networks, even if an estimate should be transmitted this Wednesday, to the Minister of the Interior Gérald Darmanin.

What security device will be deployed?

The police and gendarmes have clearly noted that the trade union organizations of truck drivers are dissociating themselves from the movement.

They expect to see relatively few large trucks on the roads like in Canada.

On the other hand, it will be very difficult for the police to distinguish on the main roads the cars participating in the movement, from those of simple travelers.

Another problem identified: what to do with several hundred cars suddenly blocking the gates of the capital or access to places of power in Paris?

If the device must be stopped in the next few hours, large numbers of staff will be deployed at the toll booths around Paris.

The gendarmerie is ready to deploy its armored vehicles, in the event that it is necessary to push cars to a stop or even participate in the maintenance of difficult order, as during the crisis of yellow vests.