“We don’t think that the EU has the right to make such assessments”: the Kremlin responded to Borrell’s words about Russia and China

Moscow respects the state system of other countries and expects the same attitude towards itself, said Dmitry Peskov, commenting on the words of EU diplomat Josep Borrell. Earlier, Borrell called the joint statement of Russia and China "the basis for an alliance of authoritarian regimes." The Kremlin stressed that Brussels does not have the right to evaluate other states in this way.&nbsp; 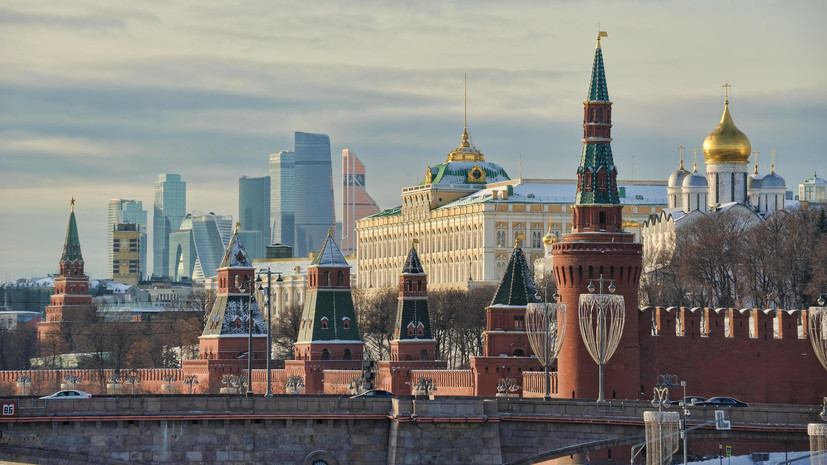 Press Secretary of the President of Russia Dmitry Peskov commented on the words of the head of diplomacy of the European Union, Josep Borrell, who called the joint statement of the Russian Federation and China "the basis for an alliance of authoritarian regimes."

“We absolutely disagree, firstly, with the assessment that we are talking about authoritarian regimes.

We do not think that the European Union has the right to make such assessments of the Russian Federation or the People's Republic of China.

He stressed that Moscow does not interfere in the internal affairs of other countries and respects their state structure.

“And we consider ourselves entitled to count on the same respect for us.

Such statements do not fit into such logic,” the Kremlin spokesman added.

Earlier, the head of EU diplomacy, Josep Borrell, announced the prospect of forming an alliance between Russia and China.

“The joint statement of China and Russia, which was little noticed (by the West) behind the situation in Ukraine, could become the basis for a powerful alliance of two authoritarian regimes,” TASS quoted him as saying.

Also on russian.rt.com The Kremlin rejected the words of the head of EU diplomacy Borrell about authoritarian regimes in Russia and China

Recall that Russia and China signed 11 interdepartmental documents, four commercial contracts, as well as a joint statement on international relations following the February 4 talks in Beijing led by Vladimir Putin and Xi Jinping.

“Friendship between the two states has no borders, there are no forbidden zones in cooperation, the strengthening of bilateral strategic cooperation is not directed against third countries, is not influenced by the changing international environment and situational changes in third countries,” the document says.

The joint statement also indicates that the new type of Russian-Chinese relations is superior to the military-political alliances of the Cold War.

At the same time, it is noted that the countries oppose the return of international relations to a state of confrontation between major powers.

Instead, the Russian Federation and the PRC advocate the formation of a new type of relationship between world powers based on mutual respect and mutually beneficial cooperation.

In addition, Moscow and Beijing expressed concern about the challenges in the field of international security.

The parties opposed the further expansion of NATO, the formation of closed bloc structures in the Asia-Pacific region, in particular, "they are concerned about the creation of a security partnership by the United States, Great Britain and Australia" (AUKUS).

Along with this, Russia and China spoke out against the policy of force, harassment, unilateral sanctions, extraterritorial application of jurisdiction

“Listening to Western politicians is getting funnier”

First Deputy Chairman of the State Duma Committee on CIS Affairs, Eurasian Integration and Relations with Compatriots Viktor Vodolatsky pointed out the need for changes that would lead the West to meaningful work with other states.

“Today, listening to Mr. Borrell or other Western politicians is getting funnier and funnier every time.

Probably, this will last indefinitely, as long as they are in power, ”the parliamentarian said in an interview with RT.

According to Olga Kovitidi, a member of the Federation Council Committee on Constitutional Legislation and State Building, friendly relations between Moscow and Beijing are forcing the EU and the US to take a closer look at the subject of Russian proposals in the field of security.

“An alliance between Russia and China is inevitable, since what is happening in the world requires a serious reform of the global system of global governance.

At the same time, the United States will need to perform a double somersault in order to save the bankrupt and decaying American domestic political system, ”said the RT interlocutor.