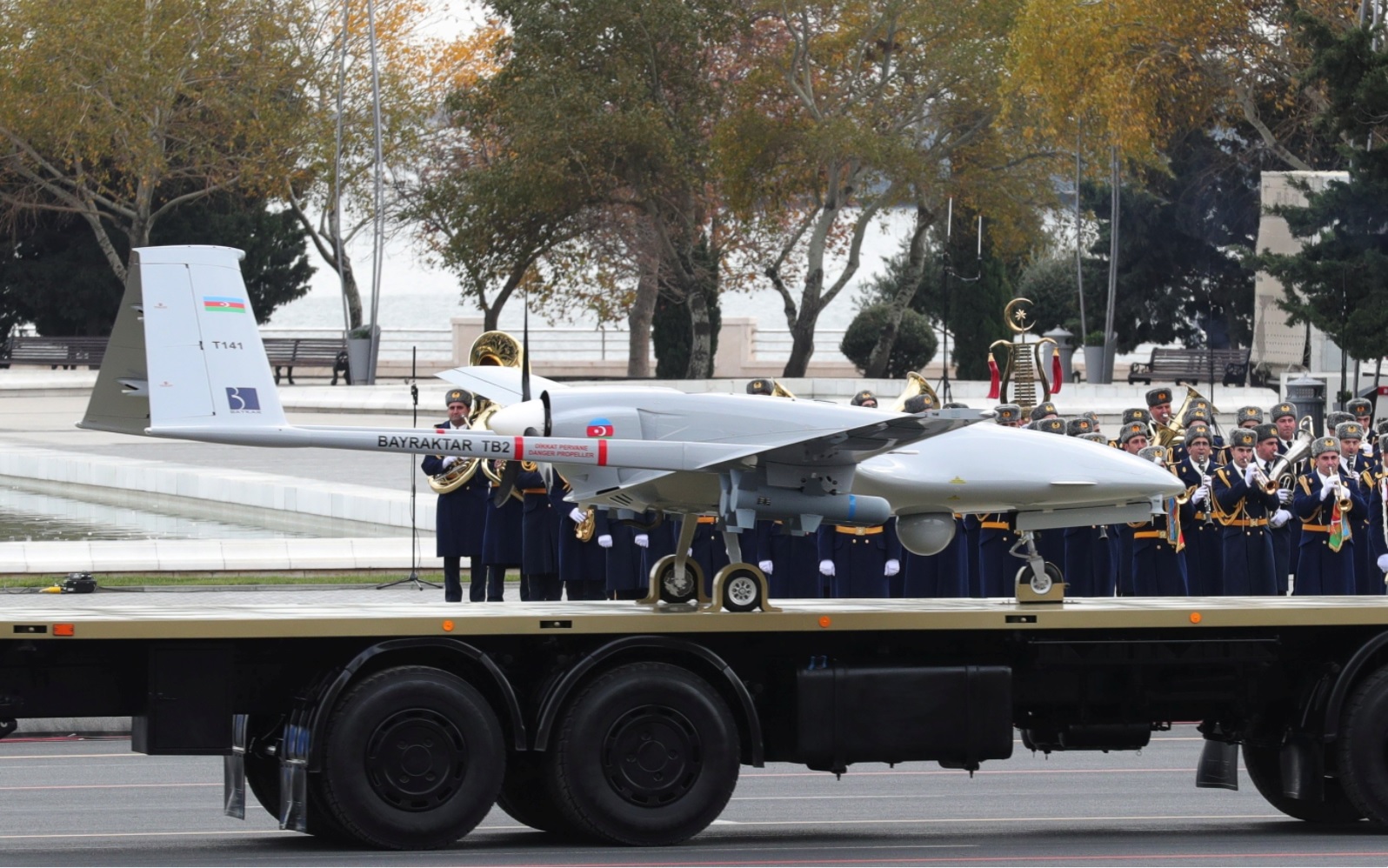 The newspaper reported that hundreds of hungry people displaced by war in Ethiopia - mostly women, children and elderly men - were sleeping on the narrow floor of an empty tin-roofed school when the raid took place.

The strike left at least 59 people dead and dozens seriously injured, according to aid workers whose organizations worked in a camp for internally displaced people in Debet, north of Ethiopia's Tigray region.

Aid workers insisted that the victims were civilians fleeing the war, not combatants.

The Ethiopian war erupted in November 2020, after Prime Minister Abiy Ahmed sent the army into Tigray to oust local authorities emanating from the Tigray People's Liberation Front that had dominated politics in the country for the three decades prior to his accession to office.

The Washington Post analyzed shrapnel photos, satellite images, and videos to confirm the use of Turkish-made precision-guided munitions in the strike, which occurred during the early hours of January 7, 2022.

According to the American newspaper, the Ethiopian army is the only party in the conflict known to have access to armed drones, pointing out that this precise weapon has turned the 16-month-old conflict in favor of the government.

The use of a precision-guided weapon in the Debit strike raises questions about the goals of the Ethiopian government, which internal documents from aid organizations say hit not only this site, but also other sites far from the battlefield, including the flour mill, public buses, farms, hotels and crowded markets.

And those documents say, according to the "Washington Post", that more than 300 civilians have been killed in drone attacks and air strikes since last September, including more than 100 since the beginning of this year.

These deaths represent a fraction of the thousands killed in the conflict, apart from more than 4 million others, in Tigray and neighboring regions, who are facing a humanitarian crisis and famine.

The remnants of the weapons found by the aid workers showed internal components and spiral formations that match the images of "MAM-L" munitions manufactured by the arms company "Roketsan" and used in the "Bayraktar TB2" rallies.

The Ethiopian government did not acknowledge the strike and did not respond to multiple requests from The Washington Post for comment on how the airstrike targets were identified.

The Turkish company, which manufactures ammunition for the drone, also did not respond to the American newspaper's inquiries about the use of its products in the conflict.

The ongoing communications blackout and government restrictions on access to the area made assessing the facts on the ground in Tigray an exceptional challenge.

The emergence of armed drones in Ethiopia reflects the widespread use of drones during conflicts around the world, from Libya to Ukraine, where weapons have become widely available and used by governments and rebel groups to deliver deadly strikes.

By late 2021, Ethiopia had significantly expanded its fleet of drones.

Citing officials familiar with the deal, Reuters reported that Turkey sold drones to Ethiopia in October.

In November, satellite imagery revealed a Turkish-made Bayraktar TB2 drone stationed at Harar Meda, a major Ethiopian military air base outside Addis Ababa, according to Wim Zwijnenberg, Humanitarian Disarmament Project leader in The Netherlands-based PAX organization, which focuses on protecting civilians from acts of war and ending violence worldwide.

Zwijnenberg has used satellite imagery and news reports to track weapons remnants and has collaborated with aircraft controllers who monitor the flow of military shipments to track the Ethiopian military's acquisition of foreign-made drones in recent months.

“Military drones have made a huge difference to the Ethiopian Air Force and its ability to repel the advance of the Tigray Defense Forces,” Zwigenberg said.

"This will likely continue for a while," he added.