The Washington Post: After the exacerbation of immigration towards their countries, Western leaders are trying to curb it

The Washington Post reports that the United States and Europe are facing an influx of immigrants in huge numbers, prompting Western leaders to seek to stop it. 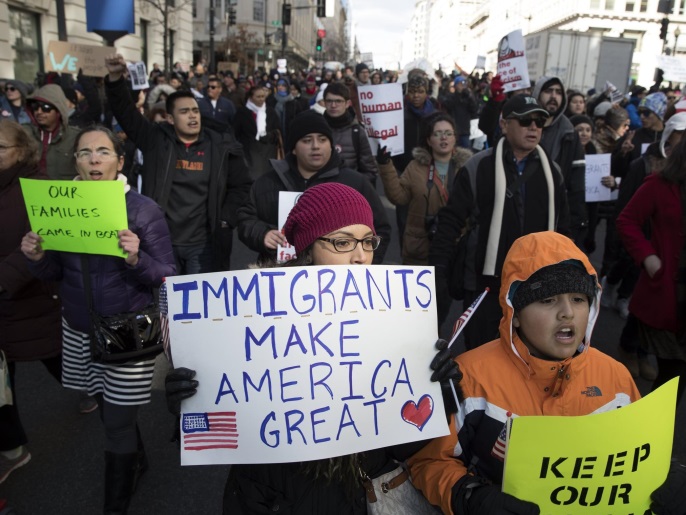 The Washington Post reported that the United States and Europe are facing a massive influx of immigrants, prompting Western leaders to seek to stop it.

And the newspaper's journalist, Anthony Viola, reported in a report that President Joe Biden and Vice President Kamala Harris had pledged - in their news campaign 2020 news site - to "renew the United States' commitment to asylum seekers and refugees."

According to the newspaper's report, the US administration is currently under the same criticism again, this time for targeting the waves of Venezuelans crossing the US borders.

The deportations come in light of sudden waves of "illegal" immigration through Western countries that suffer from political polarization.

The relaxation of the lull at the irregular border crossings between the United States and Mexico, and even the borders in the Mediterranean region, which prevailed at the beginning of the outbreak of the Corona virus, led to a rush of migrants towards Europe and North America.

According to the Washington Post, the rate of irregular border crossings into the European Union rose last year to nearly 200,000 cases, an increase of 57 percent over the numbers witnessed in 2020 and reaching rates not seen since 2017.

In his report, journalist Anthony Viola indicated that the authorities in the United States arrested 178,840 immigrants at its southwestern border in December, which is two and a half times more than the number recorded in the same month of 2020.

However, the report confirms that not all migrants are asylum seekers seeking refuge from persecution in their countries, but those migrants seeking asylum among them have been stuck on both sides of the Atlantic due to the escalation of threatening rhetoric from the authorities, the inconsistency of asylum systems between countries, and the controversial procedures followed to contain the number of immigrants.

In France, President Emmanuel Macron has called for tighter controls at the European Union's external borders.

As his country currently holds the presidency of that bloc, he proposed last week the creation of a new European Council on migration that would oversee the formulation of regional policy, as well as the formation of "rapid intervention forces" to counter the sudden influx of migrants at European borders.

Among those countries is Poland, which last month began building a new wall on its border with Belarus at a cost of $400 million, after confronting thousands of migrants from the Middle East.

In Britain, Home Secretary Priti Patel approved a plan last year to use jet-sledges on patrols to keep migrants out towards France.

In the United States, the coronavirus pandemic is being used as a weapon against asylum seekers.

The Department of Homeland Security - and then the White House - confirmed last week that it would start returning Venezuelan immigrants to their country who had previously settled in Colombia, and Washington had arrested 24,819 Venezuelans in December, compared to only 206 in the same month. from the year 2020.

The Washington Post reported that the Biden administration had largely refrained from applying Section 42 of the Public Health Services Act of 1944 to Haitians during the first half of 2021, allowing thousands of them to proceed with asylum procedures.

Article 42 authorizes the US government to prevent individuals from entering the United States during emergencies that threaten public health.

However, the administration - under pressure from waves of immigrants heading to the United States and criticism by "Fox News" and other media - resorted to the deportation of thousands of Haitians after summary measures.

The Biden administration defended its decision to invoke Article 43, claiming that massive migrant flows pose risks to a pandemic.

Supporters of the resolution argue that the measure does not violate international law.

Whatever the case, the decision was apparently formulated for one purpose, which is to act as a deterrent to migrants and asylum seekers.