International calls for the Tunisian president to reverse his decision.. The Judges Association calls for the suspension of work in the courts in protest against the dissolution of the Judicial Council

Western and international bodies expressed their deep concern over Tunisian President Kais Saied's decision to dissolve the Supreme Judicial Council, and demanded that he retract it, while the Tunisian Judges Association called for the suspension of work in all courts tomorrow and the day after. 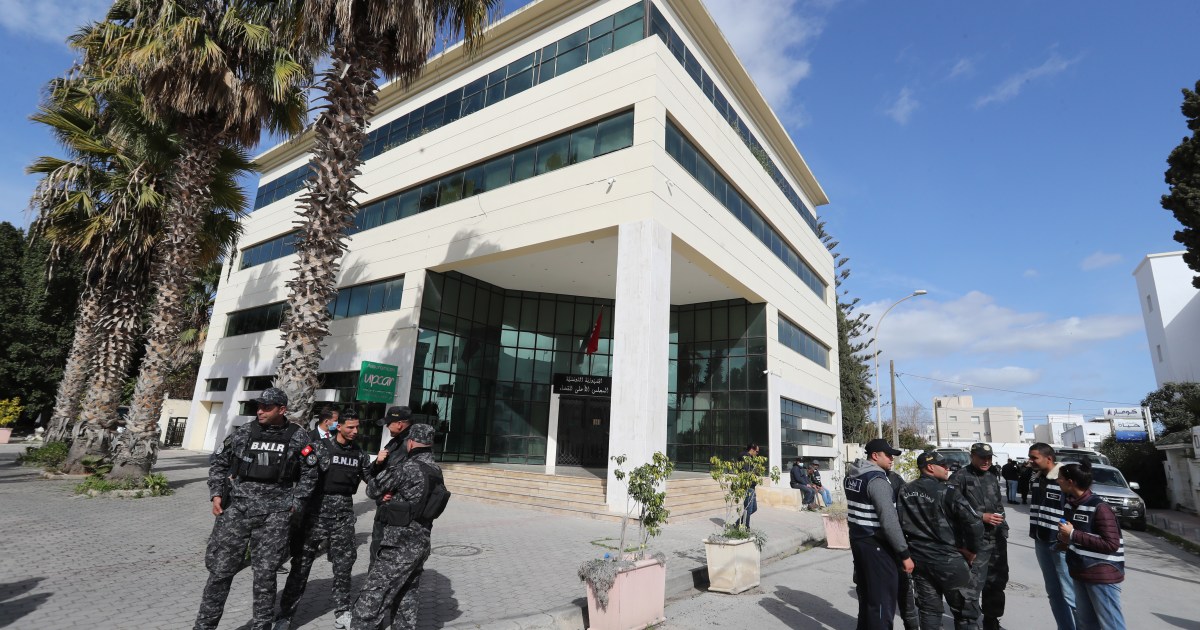 Western and international bodies expressed their deep concern about Tunisian President Kais Saied's decision to dissolve the Supreme Judicial Council, and demanded that he retract it, while the Tunisian Judges Association called for the suspension of work in all courts tomorrow, Wednesday, and the day after.

In the latest foreign reactions, Amnesty International said that the Tunisian president's moves to dissolve the Supreme Judicial Council "pose a serious threat to human rights in Tunisia."

The organization called on President Saeed to retract plans to dissolve the council, and "stop actions that threaten the independence of the judiciary."

On the other hand, US Senator Chris Murphy said that it has become impossible to believe the Tunisian president's claims of his commitment to return Tunisia to democracy.

He added - in a statement - that Said's recent decision to dissolve the Supreme Judicial Council indicates that Tunisia "continues to slide into authoritarianism."

He pointed out that President Saeed pledged to advance his country's economy and fight corruption, "which are wonderful goals, which the Tunisian people have always demanded, but he will not be able to achieve this without international support."

In his statement, Murphy stressed that international support is linked to a return to the democratic path in Tunisia.

statement of the seven countries

Earlier, the ambassadors of the Group of Seven rich countries to Tunisia and the European Union envoy - in a joint statement - expressed “grave concern” about “the declaration of the intention to unilaterally dissolve the Supreme Judicial Council, whose mission is to ensure the proper functioning of the judicial system and respect its independence.”

The ambassadors of the United States, Canada, Britain, France, Germany, Italy, Japan and the European Union said - in their statement - that "a transparent, independent and effective judiciary and the separation of powers are essential to an effective democracy that serves its people."

For her part, the United Nations High Commissioner for Human Rights, Michelle Bachelet, said - in a statement - "This was a major step in the wrong direction," adding that Said's decision "is a clear breach of Tunisia's obligations under international human rights law."

Internally, the decision's interactions continue, as the Association of Tunisian Judges (independent) called - today, Tuesday - to suspend work in all courts tomorrow, Wednesday, and the day after tomorrow, and also called for organizing a protest stop in front of the headquarters of the Supreme Judicial Council - the day after tomorrow, Thursday - in refusal to dissolve the Council.

The association said - in a statement - that it calls on "all judges of the three categories - judicial, administrative and financial - to completely suspend work in all Tunisian courts on Wednesday and Thursday."

She explained that this comes "in protest against the blatant violation of the independence of the judiciary by the President of the Republic and the dissolution of the Supreme Judicial Council as the last guarantee for the separation of powers and achieving a balance between them."

The association expressed its "strong rejection of President Qais Saeed's announcement of the dissolution of the Supreme Judicial Council and the accompanying systematic mobilization campaigns for months on end against the Council, its president and members, and against all judges."

For his part, the head of the Supreme Judicial Council, Youssef Bouzacher, confirmed that the council will exercise its right to confront what he described as the process of taking over the council.

Bouzacher said that he and a number of council members were unable to enter the council during his inspection of the headquarters this morning, Tuesday, and held the Ministry of Interior responsible for closing a constitutional institution without a legal basis, as he put it.