The King's Cup, deprived of Atlético Madrid, FC Barcelona and Real Madrid, all eliminated, is approaching its last four this week in Spain, as in Italy where several shocks are on the program... 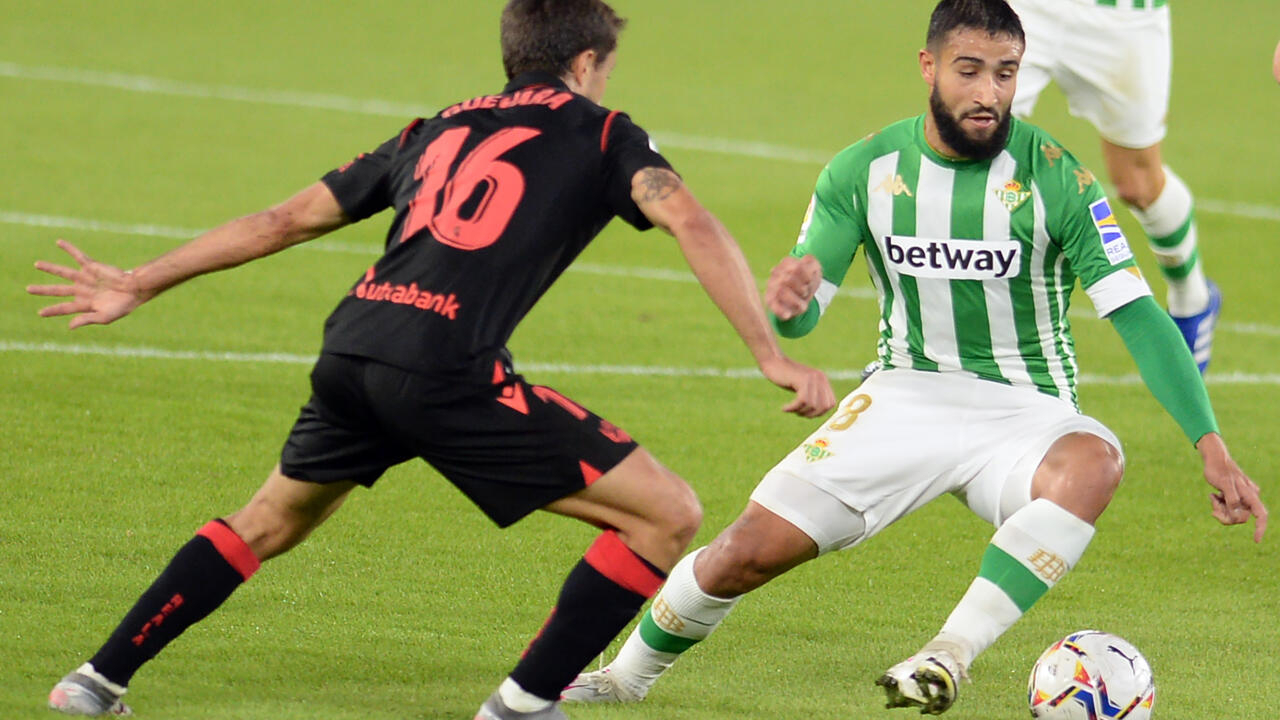 In Spain, Betis Sevilla, who crushed Real Sociedad 4-0 last Thursday in the quarterfinals, will face Rayo Vallecano, the surprise team of this last four, Wednesday at 9:00 p.m. in the semi-final first leg of the King's Cup.

Nabil Fekir, who extended his contract at Betis in January until June 2026 and who is evolving at his best level since his arrival in Andalusia, will still have to lead his people to the Madrid district of Vallecas, on the hostile ground of Rayo de Radamel Falcao.

In the other semi-final, Marcelino, the coach of Athletic Bilbao, who defeated FC Barcelona in the round of 16 and Real Madrid in the quarter-finals, will meet his former team, Valencia CF, on Thursday at 9:30 p.m.

Marcelino, then coach in Valencia, during the home game of the 28th day of LaLiga against Athletic Bilbao, March 3, 2019 at the Mestalla Stadium JOSE JORDAN AFP / Archives

The return matches of these semi-finals are scheduled for March 2 and 3.

The final will take place on April 23 at the Cartuja stadium in Seville (southern Spain).

Economic capital against political capital: the two enticing duels between the Milanese teams and the Roman clubs constitute the bulk of the quarter-finals (in single matches) of the Italian Cup this week.

Inter Milan of ex-Laziale Simone Inzaghi opens the ball on Tuesday against AS Roma of ex-Nerazzurro coach José Mourinho.

The Interists, at the top of Serie A and recent winners of the Italian Super Cup, have the appetite and the squad to also run behind the Italian Cup.

On condition of having digested the bitter defeat of Saturday in the derby against AC Milan (1-2), an unexpected misstep on the part of the beautiful internal mechanics.

Inter Milan coach Simone Inzaghi, during the match of the 16th day of Serie A against Roma, December 4, 2021 at the Olympic Stadium Vincenzo PINTO AFP / Archives

Zlatan Ibrahimovic, injured in an Achilles tendon, should again be forfeited.

But the tifosi had confirmation on Saturday that they have another exceptional trigger with Olivier Giroud, who acquired his quarters of nobility rossoneri with his double against Inter.

The winners then having to meet again, the semi-finals (back and forth this time) could offer a Milan derby or a Roman derby.

Juventus Turin, defending champion, will host Sassuolo on Thursday, boosted by the arrivals of rookies Vlahovic and Zakaria, already scorers on Sunday for their bianconero debut.

With the prospect for the "Old lady" of a possible semi-final against Atalanta for a revenge of the last final, if the Bergamasques pass on their side the obstacle of Fiorentina.

The joy of Swiss midfielder Denis Lemi Zakaria (d), congratulated by Serbian striker Dusan Vlahovic, after scoring at home against Verona, during the 24th day of Serie A, February 6, 202 ISABELLA BONOTTO AFP

In the absence of Chelsea, who left for the Emirates to play in the FIFA Club World Cup until Saturday, Liverpool will have the opportunity to consolidate their place as runners-up to Manchester City on the 24th day of the Premier League.

The Reds are currently one point ahead but one game less and the reception, Thursday (8:45 p.m.) of Leicester, ousted dryly (4-1) Sunday by Nottingham Forest (D2) of the FA Cup, of which he was the holder, is a good opportunity to widen the gap.

A victory would also allow Liverpool to stay in the wake of the leader, Manchester City, which has a nine-point lead and a game more before hosting Brentford (Wednesday at 8:45 p.m.), which remains on 4 consecutive defeats in the league.

We will also be watching the reaction of Manchester United after their elimination on penalties at home by Middlesbrough on Friday, in the Cup, with a trip less easy than it seems to the Burnley field (Tuesday at 9:00 p.m.), last but with two or three matches less than these immediate predecessors in the standings.

Before that (8:45 p.m.), Newcastle and Everton will face off in a low-ranking duel between two teams hoping to recover at the end of the season after a particularly active winter transfer window.