“Growth for the week amounted to 28%”: Murashko reported an increase in the number of hospitalizations of children with COVID-19

In Russia, almost 12,000 children with COVID-19 are currently being treated in hospitals, while minors make up 20% of the total number of cases of coronavirus, Health Minister Mikhail Murashko said. He also indicated that about 41,000 teenagers aged 12 to 17 were vaccinated. As noted in Rospotrebnadzor, most often children suffer from a coronavirus infection caused by the Omicron strain in a mild form, severe cases are recorded in less than 1% of minors. Symptoms of infection with this SARS-CoV-2 mutation usually appear on the second or third day. 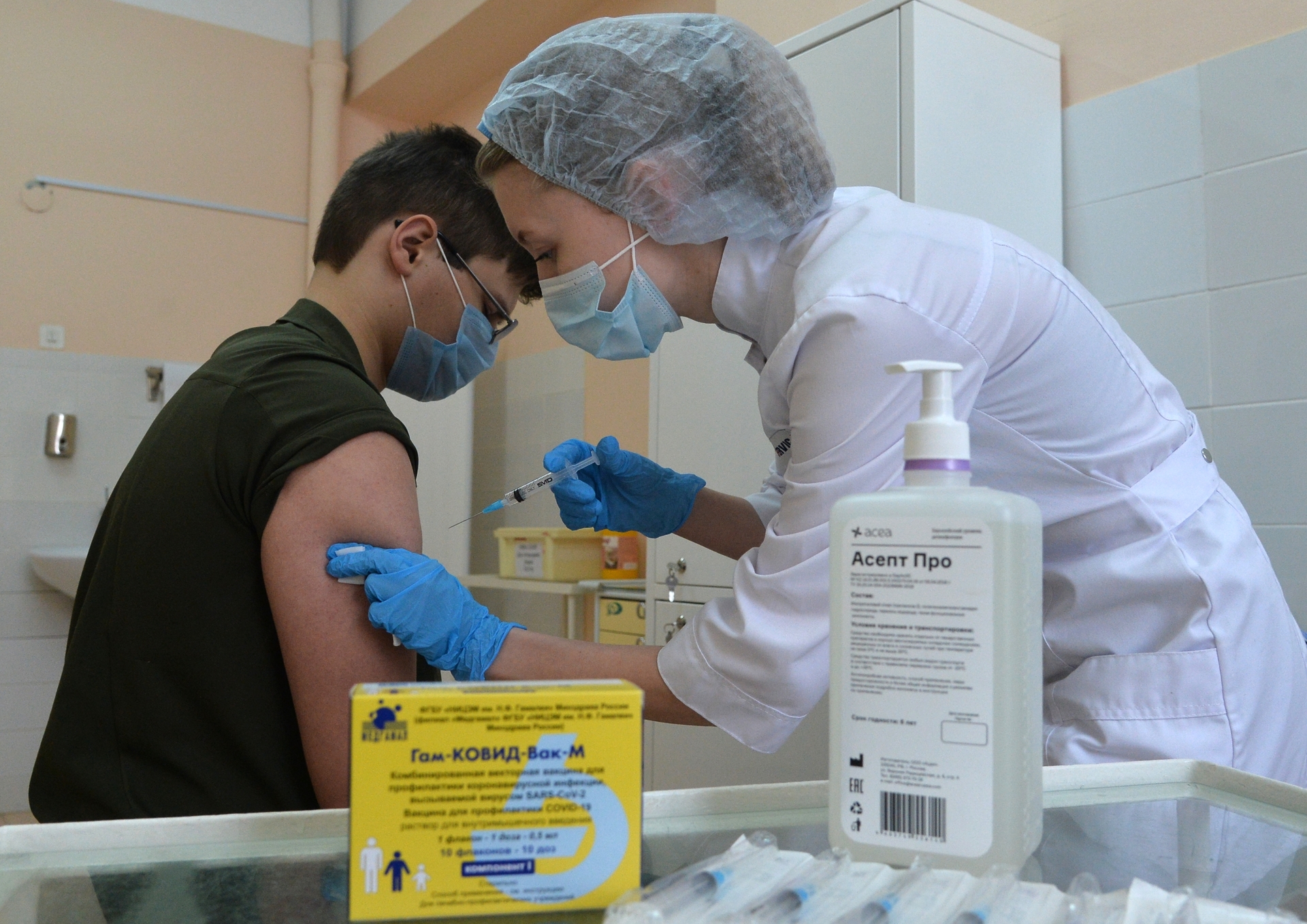 In Russia, the number of children who are being taken to hospitals with a diagnosis of coronavirus infection has increased, Health Minister Mikhail Murashko said during a meeting of the presidium of the coordinating council to combat COVID-19.

“Today, 20% of the total number of patients are small patients.

Almost 12,000 children have been hospitalized today, the increase in hospitalization for the week was 28%,” Murashko said.

At the same time, 41,000 adolescents aged 12 to 17 have already been vaccinated in the country.

Children carry the COVID-19 disease caused by the Omicron strain, most often in a mild form, RIA Novosti was told by Deputy Director for Clinical Work of the Moscow Research Institute of Epidemiology and Microbiology.

The severe course of the disease is recorded in less than 1% of juvenile patients.

According to her, during the current “wave” of the rise in the incidence, the symptoms of inflammation of the upper respiratory tract are much more pronounced.

These include runny nose, cough, fever.

In addition, a number of sick children and adolescents develop hoarseness, diarrhea, and a rash.

“After infection with Omicron, symptoms usually appear on the second or third day, but may appear later, up to the seventh day,” the specialist said.

Mikhail Murashko also added during the meeting that about 93.5% of the total number of COVID-19 cases in Russia are on outpatient treatment: “Today their number has more than doubled the peak that we noted in the autumn period of October-November” .

In addition, according to the head of the Ministry of Health, there is a 30 percent increase in the number of patients who receive treatment in hospitals in the country.

In total, we are talking about 178 thousand people.

“Over the past fifth week of the year, the total number of patients under observation has increased by 1.6 times.

We see that involvement in new regions, just in some regions, is already decreasing, it generally indicates that the number of patients is still growing, ”he added.

In addition, a new procedure for remote registration of sick leave will be in effect until March 15, Murashko added.

According to him, during a remote consultation, if necessary, they immediately issue a sick leave in electronic form for seven days, prescribe treatment, write out a prescription or deliver medicines.

All current restrictive measures in the constituent entities of the Russian Federation are “absolutely necessary and adequate,” since the situation with the coronavirus is not yet becoming more stable.

This statement was made by the chief sanitary doctor of the country Anna Popova.

According to her, the maximum increase in new cases of COVID-19 is observed “in the group of children under one year old and in the group of adults over 65 years old.”

She also noted that over the past week there was an increase in the incidence in all regions, with the exception of Moscow, where a decrease of 5.7% was recorded.

“Last week we saw a decrease in growth rates for the first time.

There is a growth rate, of course, but it is 63%, in contrast to the previous two weeks, where there was a doubling every week,” she added.

According to the operational headquarters, 20,185 people with a diagnosis of coronavirus infection were hospitalized in Russian hospitals over the past 24 hours - 86.2% more than the day before (10,843).

Over the past day, 81,188 patients have fully recovered, 698 people have died from complications that developed against the background of COVID-19 and concomitant diseases.

The total number of coronavirus cases registered in Russia has reached 13,147,666.

According to the head of Rospotrebnadzor, Omicron accounts for over 60% of detected cases of COVID-19, while Delta accounts for 35%.

The situation in Moscow

In Moscow, over the past week, the number of detected cases of omicron has decreased by about 6%, Sergei Sobyanin said.

He also admitted that this week "the fall will be more significant."

“Nevertheless, the admission of seriously ill patients to the inpatient unit increased by 15% over the past week, which is natural - usually there is a shift of moderate and severe patients for a week.

We hope that this week there will be a decrease in the volume of hospitalizations, ”he said.

The mayor of the capital also stated that the load on the outpatient link in the city remains “very large” - 780 thousand contacts of medical workers with patients with acute respiratory viral infections and COVID-19 over the past week.

In this regard, 1.3 thousand medical workers were sent from hospitals to help.

“Today there are practically no queues in the outpatient department.

The time from the start of a visit to the polyclinic to the discharge of medicines, including all necessary medical procedures, is about 40 minutes, in CT centers - about two hours, mainly this is the technological time for providing medical care.

A house call is made within 24 hours.

The ambulance works, despite the load, in the same parameters as before.

Emergency assistance arrives on average in 11-12 minutes, in general, such assistance is provided up to 20 minutes, ”Sobyanin explained.