L1: Lille and PSG, in search of lost momentum

A repetition to the taste of the Champions League: Lille, disappointing eleventh, and Paris SG, ousted from the Coupe de France, compete to find their way on Sunday (8:45 p.m.) in Ligue 1, an im... 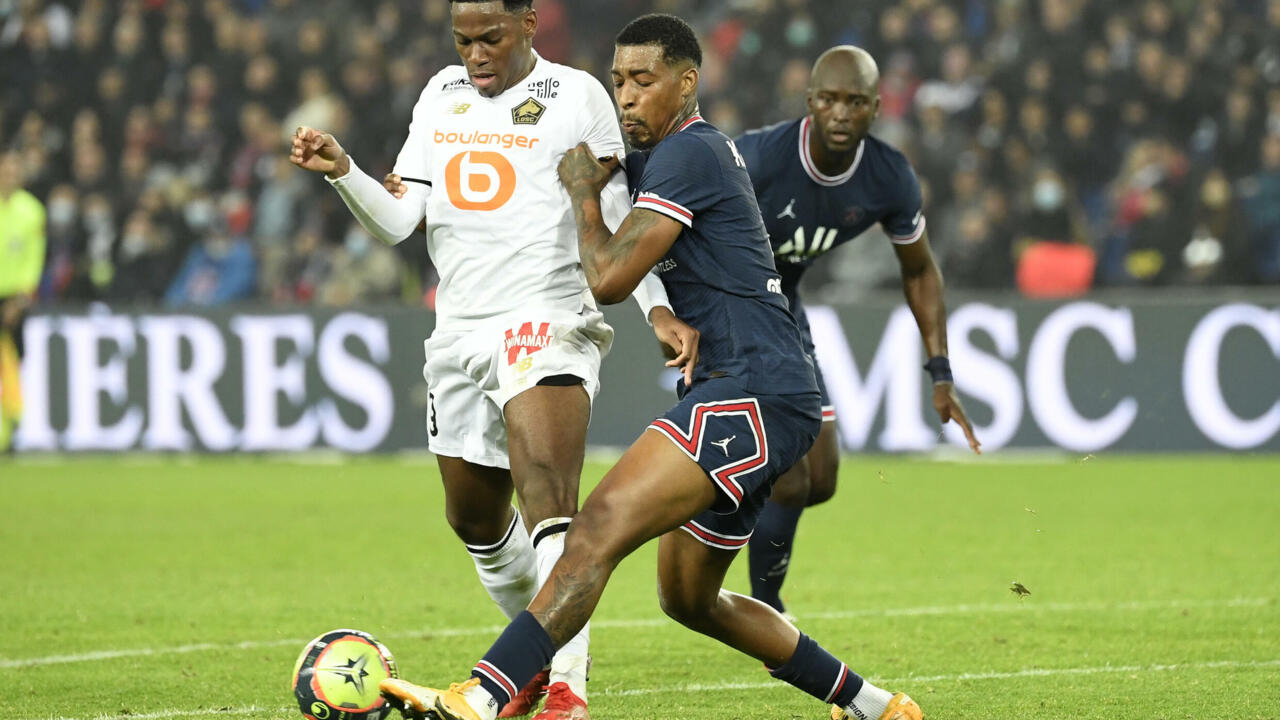 The two standard bearers are at half mast.

Last French representatives in C1, Losc, opposed to Chelsea, and PSG, against Real Madrid, are heading to their respective round of 16, but without walking very straight.

The Northerners remain on a defeat in the league in Brest (2-0) on January 22, where they displayed signs of nervousness unworthy of a champion of France.

"A great match", quipped president Olivier Létang, disappointed by players "who get angry, we don't know why", like striker Burak Yilmaz.

In the capital, the leaders did not speak after leaving the road against Nice on Monday in the round of 16 of the Coupe de France (0-0, 6-5 on tab).

Their silence further isolated coach Mauricio Pochettino who saw a second title escape this season, after the Champions Trophy in August, sold to … Lille (1-0).

The joy of Lille, after their victory, 1-0 against Paris Saint-Germain, during the Trophée des Champions, August 1, 2021 in Tel Aviv EMMANUEL DUNAND AFP / Archives

Both teams need a benchmark success to revive for their European deadline, for which they are not favorites.

The shock of the 23rd day, in a Pierre-Mauroy stadium 100% open after a month of sanitary restrictions, is timely.

Since the sinking of Brest, the Losc went to air the head under the sun of the south of Spain, during a three-day course which was "a good mix between work and + team building +", if is delighted the technician Jocelyn Gourvennec.

"I do not see any abscess between us", abounded the middle Benjamin André.

"Brest is behind us. The gaps in the standings are not significant, now is the time to let go of the horses. We are trying to relaunch a good dynamic."

Nice, third, is ten points ahead, but the fourth, Strasbourg, is within reach (3 pts) of Lille who want to grab a European place at the end of the season.

Undefeated in the league at home in their last nine matches, the Mastiffs are eyeing the injured Parisian beast, an opponent whose profile suits them: "We are a team that likes to have space and proceed with rapid attacks. Against the teams of possession, it's our game," admitted André.

Lille midfielder Benjamin André gets the better of his Italian counterpart from Paris Saint-Germain, Marco Verratti, in the round of 16 of the Coupe de France, March 17, 2021 at the Parc des Princes FRANCK FIFE AFP / Archives

But Gourvennec will have to review some settings, after the departure of his titular left-back Reinildo, transferred to Atlético de Madrid on the last day of the winter transfer window, Monday.

In Paris, the progress of the tactical site has animated the debates for weeks.

Pochettino promises improvements, but these are struggling to be felt – like the seven-time Ballon d'Or Lionel Messi, far from having reached his potential in his new colors.

The "fed up" of the ultras

The sad spectacle of this team, still dependent on the individual exploits of its stars for lack of being able to count on a solid collective, made the club's ultras jump, who expressed their "fed up" after Nice.

Parisian supporters encourage their team, during its match of the 2nd day of Ligue 1 against Strasbourg, on August 14, 2021 at the Parc des Princes Bertrand GUAY AFP / Archives

During the week, the return of Marquinhos, Angel Di Maria, and Achraf Hakimi, retained in recent days by their national teams, open up a good prospect of improvement for PSG.

Superstar Neymar, who sprained an ankle in November, is expected to follow the following week.

"We are going to arrive well for the game that everyone is waiting for, the one against Real Madrid," promised Pochettino on Saturday.

"Tomorrow's game (Sunday) is important to put yourself in the best condition."

Argentinian coach of Paris Saint-Germain Mauricio Pochettino, during the match of the 19th day of Ligue 1 against Lorient, on December 22, 2021 at the Stade du Moustoir Sebastien SALOM-GOMIS AFP / Archives

"The group is doing well. We have to accept elimination with humility and without wasting too much time. We have competitions ahead of us that require all our energy," he said again, satisfied with the work accomplished at the training in January.

Beating Lille would give him serenity to prepare for the shock of February 15 against the great Real, ultra decisive for Parisians who want to win the Champions League.

What if their path started in Lille?