Why Barkhane failed to stem insecurity in the Sahel

Acclaimed in 2013 for having repelled the jihadist advance towards Bamako, France has become, nine years later, the scapegoat for insecurity in the Sahel. This growing perception... 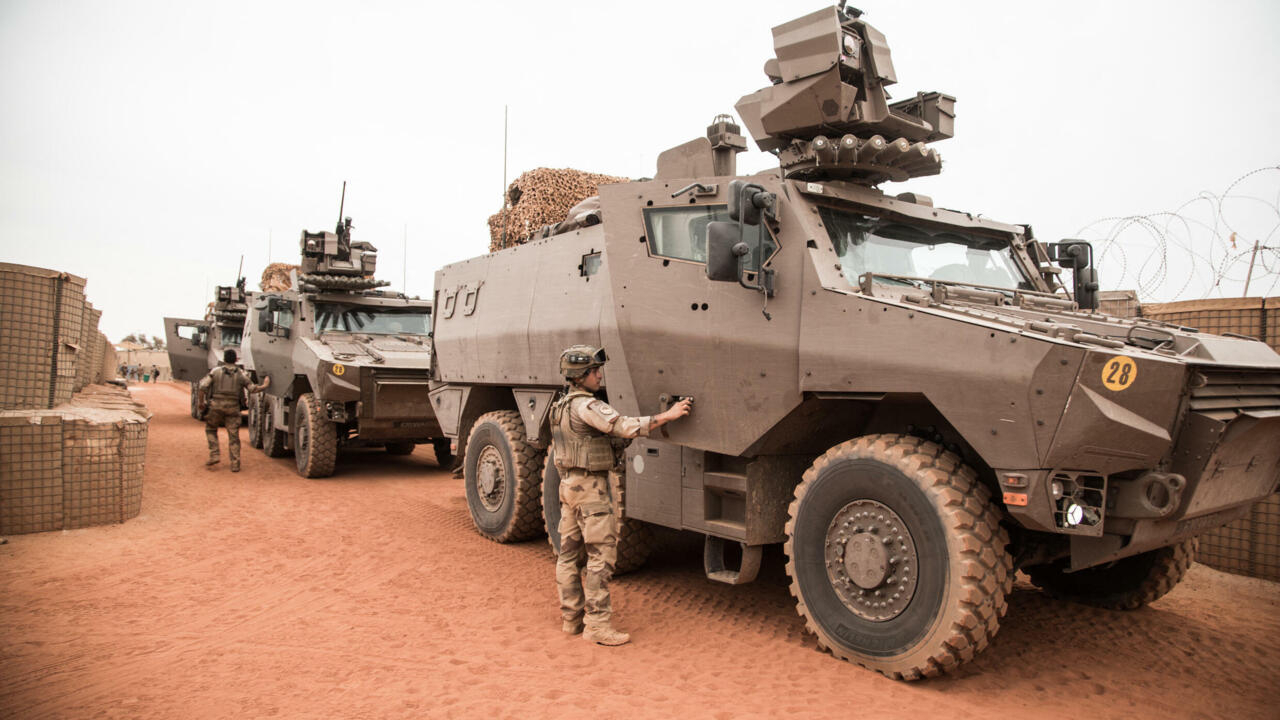 Already in difficulty on the ground faced with the progression of jihadist groups, the soldiers of the French military operation Barkhane must now deal with an increasingly hostile public opinion which sometimes threatens its operations, as was the case during the attack on the French military convoy in Niger last November.

Deployed in 2013 in Mali to repel the jihadist advance towards Bamako, the French soldiers had been welcomed as saviors by the Malian population.

However, Operation Barkhane, launched in 2014 to contain the terrorist threat, has since failed to stem the progress of jihadist groups.

The latter have notably strengthened their influence in the center, in the so-called "three borders" zone (Mali, Burkina Faso, Niger), the scene, in recent years, of an increase in attacks threatening the stability of the region.

How to explain the failure of the French counter-terrorism strategy in the Sahel?

"The terrorist groups are weakened. They have suffered heavy losses but they have not disappeared. (…) France will remain with you."

On February 2, 2013, President François Hollande, welcomed as a hero in the Malian capital, announced France's lasting commitment to the fight against terrorism in Mali.

Triggered urgently on January 11, Operation Serval blocked the advance of an alliance of jihadists and Tuareg rebels from the north towards Bamako.

On the strength of this victory, France then wishes to support the rise in power of the regional armies federated under the banner of the G5 Sahel (Mauritania, Mali, Burkina Faso, Niger and Chad), while preventing the "reconstitution of terrorist refuge zones".

Launched on August 1, 2014, Operation Barkhane includes 3,000 soldiers deployed at two permanent support points: Gao in Mali, and N'Djamena in Chad. This system, the largest French deployment in external operations, will be expanded with an additional base in Niamey, Niger, and a contingent of up to 5,000 soldiers. But the territory to be secured is immense; it extends over more than 5 million kilometres, ten times the size of France.

"The idea of ​​this operation was to contain the enemy - the jihadist groups - until the local security forces, Malians in particular, could take over. But in reality, this plan was extremely fragile", analysis on France 24 Michel Goya, naval colonel and historian. "We ourselves did not initially provide the means to exert this famous pressure. Moreover, imagining that the Malian army was going to restructure and become a powerful force capable of resuming the fight on its own was completely illusory."

"The fight against terrorism has created a security rent exploited by corrupt armies", explains Thierry Vircoulon, associate researcher at the Sub-Saharan Africa Center of the French Institute for International Relations (IFRI), contacted by France 24. "Of the five countries of the G5 Sahel, only two armies are fully operational, those of Mauritania and Chad.Military cooperation also suffers from dissension due to rivalries between states but also to divergent assessments of the terrorist threat, for geographical reasons in particular ."

Military successes but no "final objective"

While the French counterterrorism operations of Operation Barkhane remain mostly secret, France has claimed two major military victories in recent years in the Sahel: the death of the founder of Al Qaeda in the Islamic Maghreb (AQIM) Abdelmalek Droukdal in June 2020, then that of the founder of the Islamic State in the Greater Sahara, Adnan Abou Walid al-Sahraoui in September 2021.

"The large-scale joint military operations carried out by the French and G5 Sahel forces have certainly made it possible to loosen the grip of the jihadist militant groups and to temporarily weaken their presence" underlines the latest report from the ACLED (Armed Conflict Location & Event Data Project), specialist in the analysis of armed conflicts.

But these same operations have pushed the jihadists to "shift their efforts to geographical areas located beyond the immediate reach of external forces", can we read there.

"There are military successes, but in the end there is no strategy, no final objective" analyzes Wassim Nasr, specialist in jihadist movements at France 24. "Killing leaders does not solve the problem because the reasons objectives which made these groups exist are still there and they predate the jihadist groups themselves", he specifies, citing the lack of economic opportunities, the predatory behavior of certain States and their armies as well as the judicial impunity.

“The plan of the jihadists is to install a territory which they control and to make reign the Sharia” he continues.

"Aqmi is involved in politics, they are intertwined in the social and economic fabric. Faced with the other force present, the Islamic State, many people have been forced to choose their side. In the absence of the State, they choose the less harsh. Some people consider that Al-Qaeda protects them".

Faced with this crisis which is inexorably worsening, Paris and Bamako are passing the buck.

"The State must return with its justice, its education, its police, everywhere, and in particular in Mali and Burkina, the projects must develop, otherwise as soon as a territory is liberated the terrorists take it back since there is no prospect. The French army does not have to replace the non-working Malian state", declared Emmanuel Macron, on October 5th.

In Bamako, the transitional authorities are questioning the effectiveness of the French strategy, in particular the refusal to negotiate with jihadist groups.

They also accuse France of having supported the Tuareg rebels in the North, thus threatening the country's unity.

Because in 2013 the French army had prevented the Malian army from entering Kidal, fearing abuses.

"From the start of the French military intervention there were already strategic differences between France and Mali" emphasizes Thierry Vircoulon.

“France had as a priority the anti-jihadist fight while the central Malian government wanted above all to put an end to the old conflict with the Tuareg rebels.

Since then, these strategic differences have continued to grow.

The conflicting landscape has shifted from north to center and has become much more complex.

To the Tuareg problem and the jihadist threat have been added turf wars but also trafficking wars.

France only fights on one front, jihadism, and as such necessarily has a limited impact on the global security context.

The importance of Sahelian opinions underestimated

On June 10, Emmanuel Macron announced the redeployment of French troops in the Sahel and the "end of Operation Barkhane as an external operation", replaced by an "international alliance associating the States of the region". A decision that has become inevitable for Michel Goya: "Never has a French military operation lasted more than nine years and here we are reaching the limit. There is wear and tear, there are losses, it is extremely expensive, the whole of the French presence costs almost a billion euros each year".

"This war, waged with modern military means, which drags on as insecurity progresses, is arousing growing misunderstanding among the populations," underlines Thierry Vircoulon.

"Barkhane heated Sahelian opinions white-hot, which went from incomprehension to suspicion, and Paris largely underestimated this question, believing, wrongly, that it would not impact the conduct of operations on the ground. ".

Taken backwards by the Malian authorities who demanded the revision of defense agreements with France, expelled its ambassador and ordered the departure of Danish troops, Paris announced a "reassessment", with its European allies, of their military commitment in Mali ".

While a withdrawal from the country seems inevitable, France reaffirmed this week its commitment "in the fight against armed terrorist groups", betting on its other regional allies such as Niger and Chad, as well as the support "of its European and American allies".