Lille: hundreds of demonstrators to say "no to racism" before the arrival of Zemmour

A few hundred demonstrators, 500 according to the prefecture, gathered on Saturday morning in the presence of the PS mayor, Martine Aubry, to say "No to racism, no to the far right" in the cent… 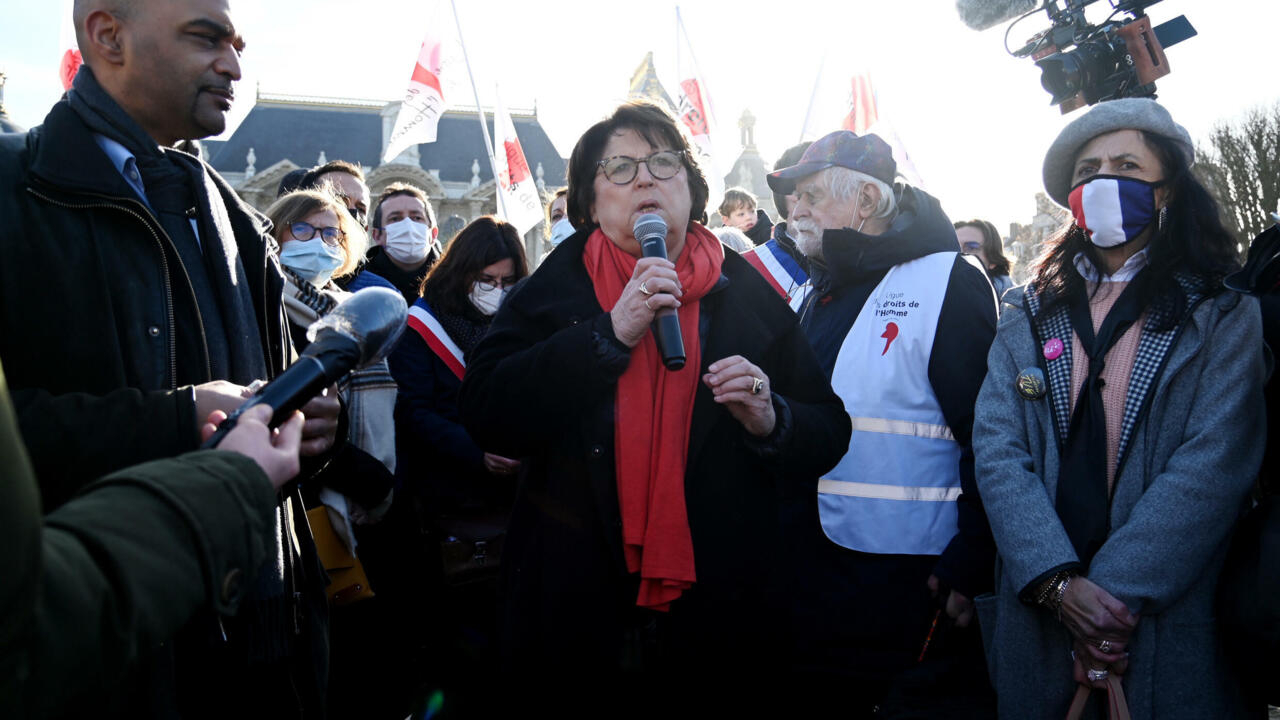 "We are facing a character whose only engine is hatred, particularly racist", "when we are facing the far right, we must stand up and challenge (...) the logic of hatred", launched to the crowd Dominique Sopo, the president of SOS-Racisme, at the initiative of the rally, supported by around twenty parties – EELV, LFI, PC – unions and associations.

"Zemmour has the right to express himself but we have the right and the duty to come together to say that we are fighting everything he is, what he says, his theses", echoed Martine Aubry, who had called on his fellow citizens to join the rally, declaring that the candidate was "not welcome".

"This man only works through hatred (...) he carries and leads to violence", "let's make a commitment not to let him say these horrors anymore", she again launched, to applause.

With up to 8,000 participants expected, Eric Zemmour must hold a second show of force there in the afternoon after the meeting on December 5 in Villepinte, marked by violence.

At midday, a long queue had already formed waiting for the doors to open, young people notably wearing a Zemmour mask.

But for Sabine Donnaint, 49, co-president of the Dunkirk section of the Human Rights League who responded to the call from Sos-Racisme, there is no question of not mobilizing "against the candidate of rejection from abroad and non-reception" who "leads a policy that is not up to France".

"Zemmour is the opposite of our values", fulminates Dominique Lesart 70 years old, retired and associative activist, who deplores that "some parties find it profitable to take migrants and foreigners as scapegoats".

"Antifa, feminist, anti-racist activists, we have no choice, we must come together" against the far right, launches Raphaël Arnault, a young "antifa" activist from Lyon.

in the presidential election, await his arrival for a meeting in Lille, February 5, 2022 JULIEN DE ROSA AFP

"Old age annoys Zemmour" proclaims a little further on a sign held up by a pensioner.

Anne-Françoise, a doctor, is however disappointed with the limited attendance: "For me, who experienced the great period of the left, coming here and finding so few people is heartbreaking", she laments.