His ex-guardian: Gaddafi is still alive, and his look-alike was killed!

The former officer in the guards of the late Libyan Colonel Muammar Gaddafi, Aisha Al-Fitouri, revealed that the Libyan leader is still alive and that whoever was killed is one of his relatives. , "Which 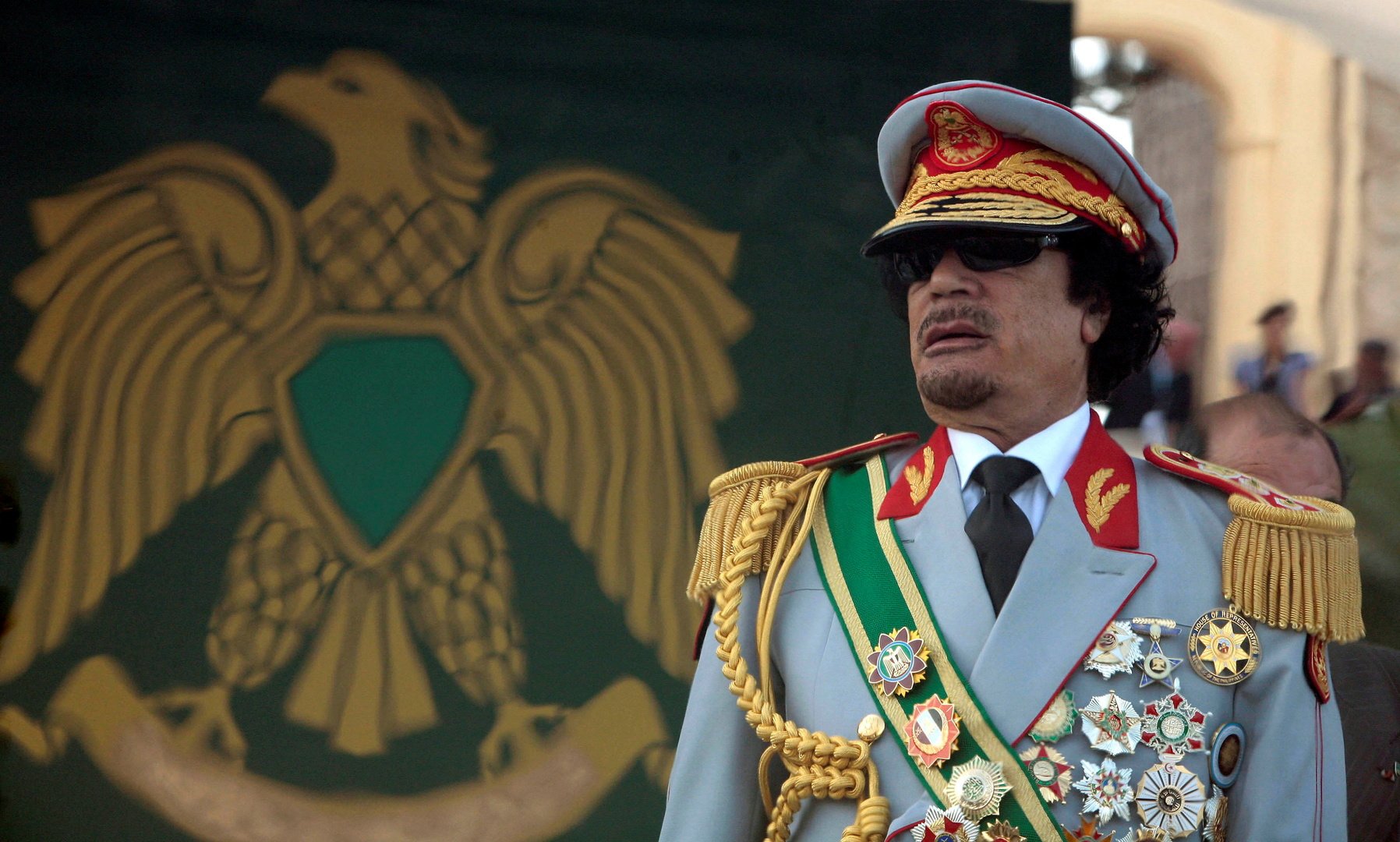 His ex-guardian: Gaddafi is still alive, and his look-alike was killed!

The former officer in the bodyguards of the late Libyan Colonel Muammar Gaddafi, Aisha Al-Fitouri, revealed that the Libyan leader is still alive and that one of his relatives was killed.

Al-Fitouri said in an interview with RT that the Libyan leader did not enter the city of Sirte, but rather Hamid Abu Minyar Gaddafi, "who likened to them that he is my master the leader entered the city of Bani Walid (in the north) and then left it."

The interlocutor told her that Colonel Gaddafi when the revolution took place was in his seventieth year, and then even if he was not killed at that time, he is supposed to be over ninety now.

She indicated her words that one of the prominent officers who defected from Gaddafi when the revolution broke out and left the country, when they asked him why she had not returned to Libya yet, told them I will return if you show me Hamid Abu Minyar Gaddafi, indicating that this officer knows that the one who was killed was Hamid, not the Libyan leader.

When the interlocutor told her that the International Criminal Court had confirmed that the slain was Gaddafi, by examining the DNA of the body, she said, "This is not true, so why has the United Nations not issued a decision on this until now, and why has the body not been handed over?"

In November of last year, the French newspaper "Le Figaro" published the testimony of the French journalist Alfred de Montesquieu, who entered the room in which Gaddafi's body was placed a day after his death, lived the events and listened to the testimonies of those who were near the crime scene.

"In that big room, where it smelled so strong, I got into a crowd and finally found myself in front of the body of Libyan leader Muammar Gaddafi, with the bodies of his son and his main bodyguard next to it," Montescu said.

The journalist explained that the day before that, a convoy of about 40 cars left the coastal city of Sirte, the last stronghold of Gaddafi, hoping to break into the ranks of the rebels while they were still sleeping.

At this point, a cluster missile and several NATO bombs hit the convoy, destroying cars and burning and charring dozens of Gaddafi fighters.

The journalist stated that Gaddafi was hit in the head, as the revolutionaries’ videos later documented, and that he was bleeding profusely and fled with his son on foot to be pursued by the rebels before resorting to two large drainage holes, and there the rebels killed him.