This Saturday, February 5, Éric Zemmour was in the North, a region where his rival from the National Rally (RN) usually scores well. Marine Le Pen, too, was in a meeting this Saturday… 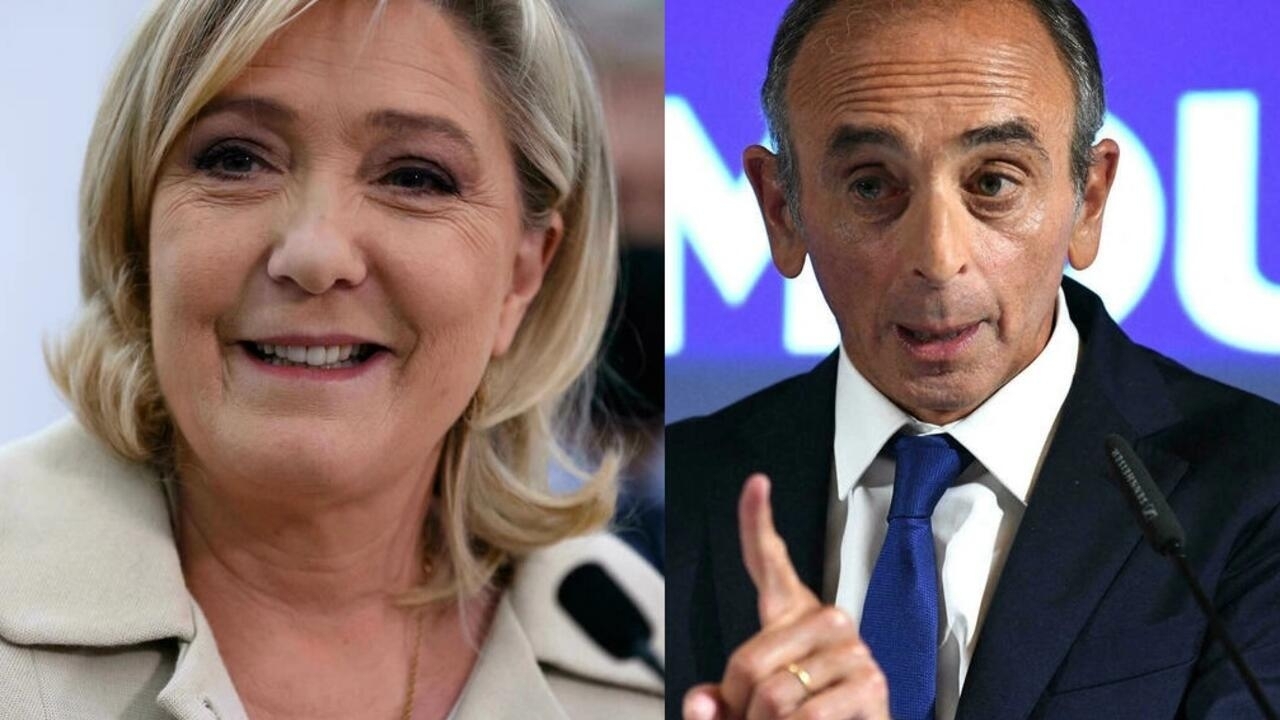 This Saturday, February 5, Éric Zemmour was in the North, a region where his rival from the National Rally (RN) usually scores well.

Marine Le Pen, too, was in a meeting this Saturday in Reims.

The two far-right candidates tried to install a dynamic in their favor.

It was his first campaign rally.

Marine Le Pen has mobilized her troops in Reims.

In front of more than 3,000 elected officials, activists and supporters, the candidate of the National Rally presented her project 63 days before the first round of the presidential election.

His rival Éric Zemmour was in a meeting 200 kilometers away with around 6,000 people.

But Marine Le Pen preferred to ignore it and target Emmanuel Macron, underlines our special

Not once will she have said his name.

Her blows, she reserved them almost exclusively for Emmanuel Macron: "

Emmanuel Macron is not only contemptuous, he is depressing

Jostled inside, humiliated outside, France tumbles in the ranking of powers weakened by the errors, the vaunted and the cynicism of Emmanuel Macron.

A target, the outgoing president, and political allies across Europe: from Matteo Salvini, in Italy, to

, the Hungarian Prime Minister, to establish his credibility.

Marine Le Pen talks about herself

Change of tone after an hour of speech.

Marine Le Pen leaves her desk, walks towards the crowd, to talk about herself, the attack on her father when she was 8 years old and her family.

You know, I experienced political violence when I was a little girl.

They made me pay for my father's commitment.

And then I quickly became a mother to a large family.

Three children in less than a year.

I know the psychological difficulty it represents to be at the same time the father and the mother.

Marine Le Pen plays the personal card like never before.

An unprecedented attempt to distance his opponents.

Meanwhile in Lille, Éric Zemmour, the other far-right candidate, devoted his meeting to praising “

” and talking about purchasing power.

It is on this theme dear to the right and to the left, that the candidate of Reconquête!

decided to insist even if his favorite themes are never far away, reports our special correspondent,

On the underprivileged lands of northern France, Éric Zemmour's promise was clear: talk about wages and taxation.

All the candidates keep repeating that they are “the” purchasing power candidate.

Yes, I've been listening to them for weeks, and in reality, from right to left, they're all saying the same thing: they're not saying anything.

But quickly, his migratory obsession returns at a gallop: "

Do you know that in addition to free accommodation, we give each asylum seeker for nearly a year a bank card credited with 430 euros per month so that can spend your tax money quietly

Galvanized in front of more than 6,000 people, Éric Zemmour flatters his audience, without ever mentioning Marine le Pen.

It is no longer acceptable for your payslip to finance the assistantship of foreigners.

I'll tell you something my friends, magic money doesn't exist.

Public money, theoretical money, free money, their beautiful promises, all that does not exist.

They are buying you with your own money.

A final poll again gives Marine Le Pen neck and neck with Éric Zemmour while the campaign is still hanging on the announcement of Emmanuel Macron's candidacy.

To read also: French Presidential: Marine Le Pen behind Éric Zemmour in the hunt for sponsorships

For Jordan Bardella, the president of the RN, Éric Zemmour has the will to sabotage the campaign of Marine Le Pen.

There is a desire in Éric Zemmour, an obsession to interfere with Marine Le Pen's campaign.

He never speaks of Emmanuel Macron.

Our adversary is Emmanuel Macron, not Éric Zemmour, who I hope will call for a vote for Marine Le Pen in the second round if he is a sincere patriot, which I believe.