“The first February thaw”: weather forecasters spoke about the weather for the coming week

In Moscow next week, according to weather forecasts, the first February thaw is expected. An Atlantic cyclone will come to the region, bringing warmth and snow. On Monday, the night temperature will be -5…-7 ˚С, and the day temperature will rise to -1…+1 ˚С. The arrival of spring in Central Russia is expected in the last decade of March. 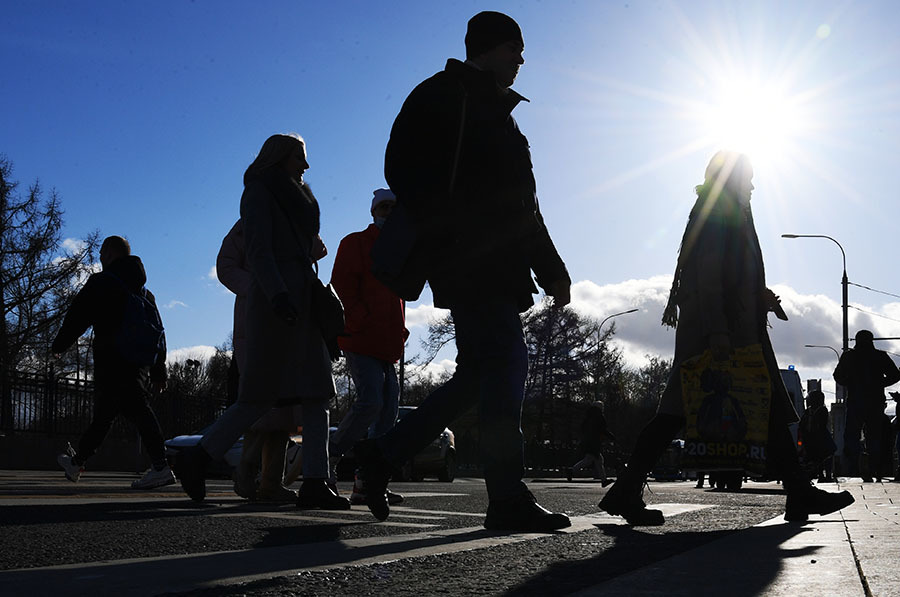 The first February thaw is expected in Moscow next week.

Tatyana Pozdnyakova, the chief specialist of the Moscow Meteorological Bureau, told RT about this.

According to the forecaster, the weather next week will be determined by a new Atlantic cyclone, which will bring "a portion of heat and the next portion of snow."

“The influence of this cyclone will begin to affect tomorrow evening.

And this will be the last significant frosty day of the upcoming period.

By Monday night it will be much warmer.

It is expected that this will be the first February thaw,” she said.

On February 8, snow may fall in some places - an average of 2-4 mm in the region.

The air temperature in the center will remain around -3…+1 ˚С.

Light snow is expected over the next few days.

The temperature during Wednesday and Thursday will be around -4…+1 ˚С both at night and during the daytime.

“That is, our air temperature will be 5-6˚C higher than the climatic norm.

Which, of course, will affect the fact that the snow will, if not thaw, then settle.

And the height of the snow cover will decrease due to warmer air, ”Pozdnyakova said.

She also said that the arrival of spring in Central Russia is expected in the last decade of March.

“People associate the arrival of spring with different concepts.

For some, this is when the snow has melted everywhere.

Meteorologists have a notion of spring, when the daily average air temperature becomes positive.

We will expect that somewhere after March 20 the average temperature will be positive.

I personally expect that our spring will come after the astronomical spring that comes on March 22, ”said the weather forecaster.

Then, according to her, active snowmelt is expected, including in the Moscow region.

Anatoly Tsygankov, deputy head of the situational center of Roshydromet, in an interview with RT also noted that the weather will be warm next week.

“Tonight will probably be the coldest, but uneven.

And then the heat will come.

Next week will be warm until the thaw.

A warm cyclone will bring all this, so some precipitation is also expected, such as snow and sleet, ”he confirmed.

Speaking about the Moscow region, Tsygankov noted that colder weather will be observed southeast of the capital.

“But this is understandable.

In terms of relief, in the west of Moscow, we get a hill, and the south, southeast and east are lowlands.

The peculiarity of winter is that cold air accumulates below, so it is cooler there,” he said.

Evgeny Tishkovets, a leading employee of the Phobos Weather Center, said that on Saturday Moscow and the regions of Central Russia are in a zone of high atmospheric pressure, which explains the sun and gaps in the clouds.

On Sunday, according to him, another North Atlantic cyclone will approach the region, snow clouds will come from the west, and the sky will be covered with multi-tiered clouds.

Next week, according to forecasts of the specialist, the weather will be mild and slushy.

At night it will drop to -5-6°C, and during the day the thermometers will tend to zero and even enter positive low-thaw values, he explained.

Wet snow and wind gusts up to 15-17 m/s are predicted in some places.

In the Vladimir, Ryazan and Smolensk regions, the thermometer will drop to -15 -21°C at night.

In Voronezh, the air temperature will drop to -17°C.

Cooling down to -9 -16°C at night and -5 -12°C during the day is also expected at the weekend in the Yaroslavl, Kostroma and Oryol regions.

In the Kursk, Tambov and Belgorod regions, light precipitation in the form of snow is predicted, in the Voronezh and Smolensk regions, sleet is expected on Monday.