Yemen..The coalition intensifies its raids in Sanaa, and the UAE calls for a halt to the escalation after it was attacked

The Saudi-led coalition intensified its raids on Sanaa, and the Houthi group praised an Iraqi faction for the attack on Emirati facilities, while France announced that it would help the UAE protect its airspace from Houthi attacks. 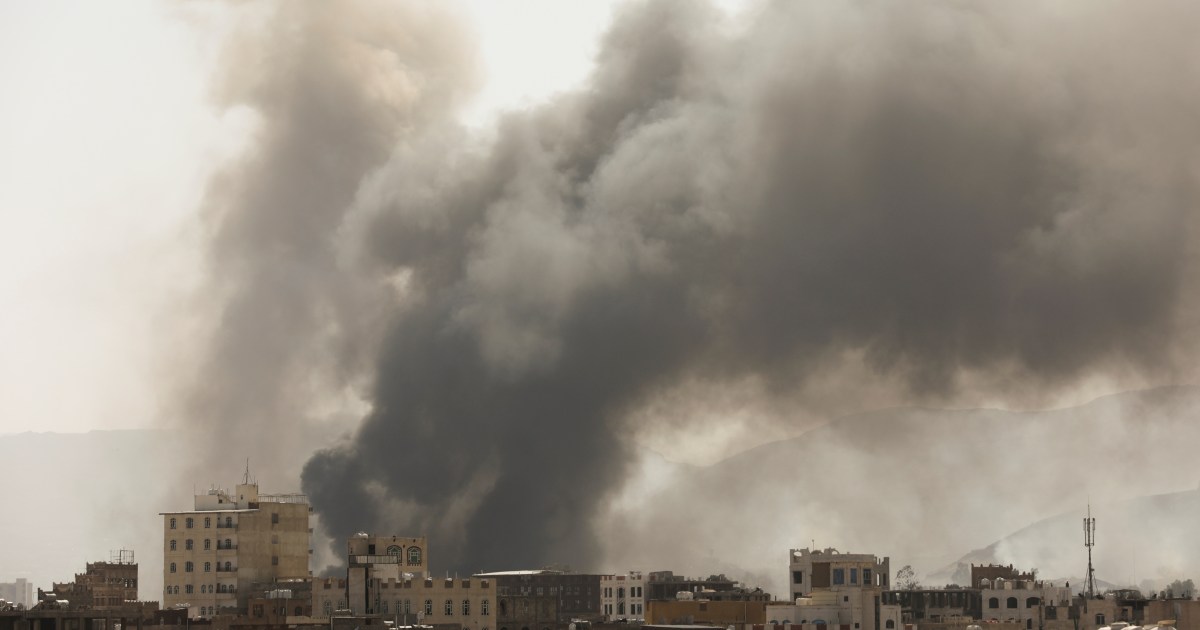 The Saudi-led coalition intensified its raids on Sanaa, and the Houthi group praised an Iraqi faction for adopting the attack on Emirati facilities, while France announced that it would help the UAE secure its airspace.

Al-Masirah TV, affiliated with the Houthis, said that the Saudi-led coalition launched raids at dawn today, Friday, on the capital, Sanaa, without any indication of casualties.

The channel added that the raids targeted the vicinity of Sanaa Airport with one raid, and the Al-Nahdin area in the Al-Sabeen district with three raids.

In another context, Houthi military spokesman Yahya Saree praised what he called the jihadist operation carried out by the Promise Al-Haq Brigades, an Iraqi Shiite faction, against the UAE on Wednesday.

"We thank them for this honorable, responsible and solidarity stance with our dear people against the client Emirati enemy," Saree said in a tweet.

We congratulate the jihadist operation carried out by the Righteous Promise Brigades - Sons of the Arabian Peninsula against the Emirati enemy yesterday, Wednesday, and we thank them for this honorable, responsible and solidarity stance with our dear people against the client Emirati enemy.

On the other hand, French Defense Minister Florence Parly said on Twitter today that the UAE is being subjected to serious attacks on its soil, and that her country has decided to provide military support to protect the Emirates airspace from any breach.

And the Emirates News Agency said yesterday, Thursday, that the UAE Foreign Minister, Sheikh Abdullah bin Zayed, denounced, during a call with his Iranian counterpart, Hussein Amir Abdullahian, the attacks of the "terrorist" Houthi group, and stressed the need to stop the dangerous escalation in the region and to adhere to a political solution in Yemen.

For his part, Abdullahian told his Emirati counterpart that "work must be done to prevent sources of crises from taking a foothold in the region."

The call came after the UAE announced on Wednesday that it had intercepted and destroyed 3 drones that penetrated its airspace, away from populated areas.

And an Iraqi group, calling itself "The Righteous Promise Brigades", announced in a statement that it had launched a strike with 4 drones on facilities in Abu Dhabi, promising further attacks unless the UAE lifted its hand from interfering in the countries of the region, particularly Yemen and Iraq, she said.