On February 4, tactical-special exercises of units of the Ministry of Internal Affairs of Ukraine begin in the exclusion zone of the Chernobyl nuclear power plant "in connection with the enhanced protection of external and internal borders." This was reported by the press service of the State Agency for the Management of the Exclusion Zone. It is noted that during the exercises, the coherence of the units of the Ministry of Internal Affairs will be worked out in the performance of tasks for the defense of a settlement, the tactics of conducting military operations in an urbanized area and the elimination of their consequences. The training will be attended by foreign ambassadors and representatives of Ukraine's partner states. According to experts, the exercises near the nuclear power plant are Kiev's move aimed at intensifying the hysteria around the "Russian invasion". 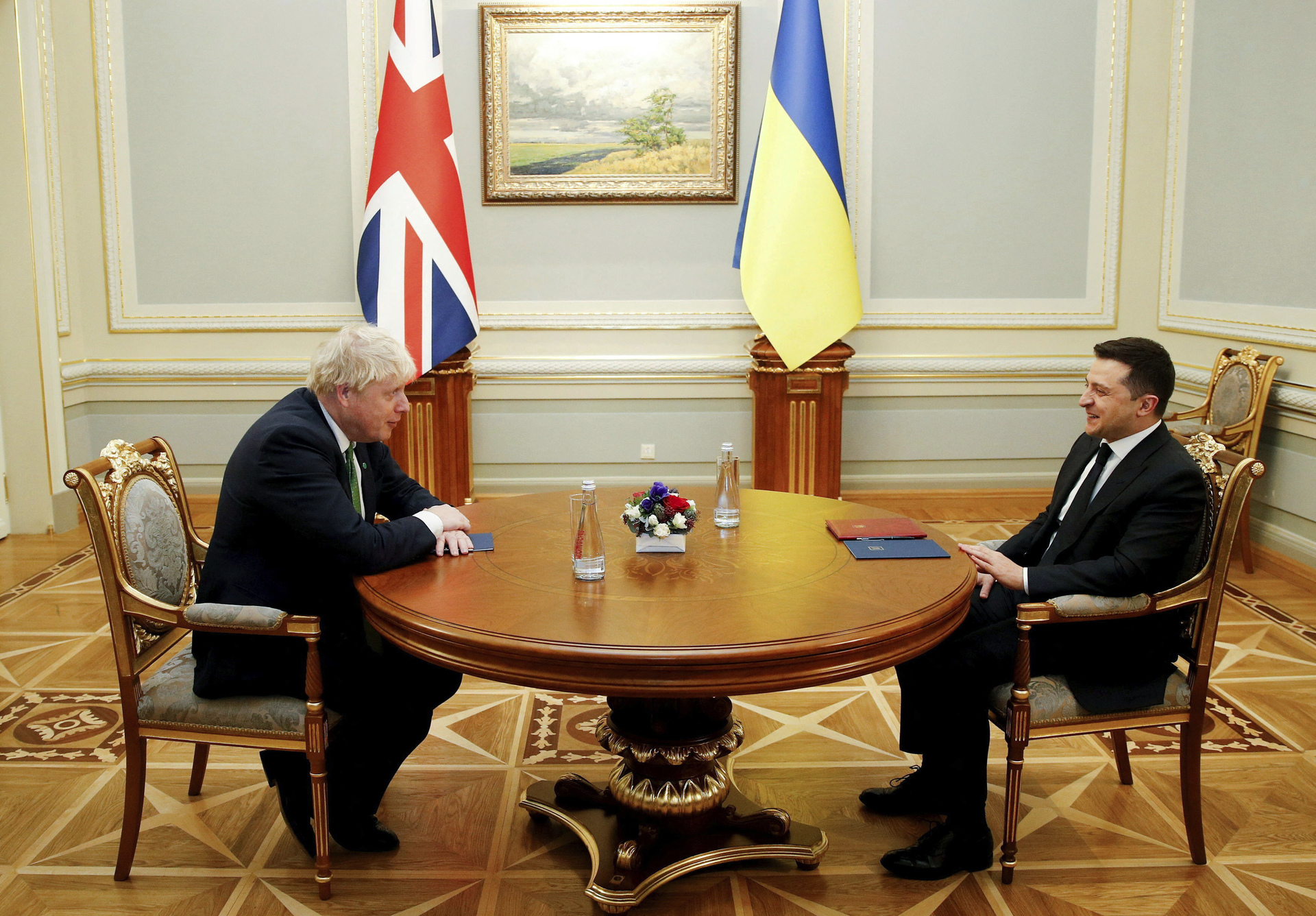 On Friday, February 4, tactical-special exercises of units of the Ministry of Internal Affairs of Ukraine begin in the exclusion zone of the Chernobyl nuclear power plant "in connection with the increased protection of external and internal borders."

This was reported by the press service of the State Agency of Ukraine for the management of the exclusion zone on its official Facebook page.

“We inform you that due to the situation of increased protection and enhanced protection of the external and internal borders of our country and at the initiative of the Ministry of Internal Affairs, the National Guard of Ukraine, the National Police of Ukraine and the State Emergency Service in the Exclusion Zone, joint tactical and special exercises will be held on February 4 units of the Ministry of Internal Affairs of Ukraine," the Ukrainian department said in a statement.

It is noted that during the maneuvers, the coherence of the units of the Ukrainian Ministry of Internal Affairs will be worked out during the execution of tasks for the defense of a settlement, the tactics of conducting military operations in an urbanized area and the elimination of their consequences.

“The exercises will be held as correctly and tactfully as possible, taking into account the venue and understanding the uniqueness of the territory,” the message says.

It is also indicated that the training will be attended, among other things, by ambassadors of foreign states and representatives of Ukraine's partner countries.

Against the background of the campaign of the West

The Ukrainian exercise will take place against the backdrop of a campaign launched by the United States and the West over Russia's notorious "invasion" of Ukraine.

In particular, the British TV channel Sky News released a report on January 31, stating that if Russia decides to invade Ukraine and take the shortest route to Kiev, then it will allegedly be the road through the Chernobyl exclusion zone - “one of the most radioactive areas on the planet” .

“Now there are concerns about fresh orders to send Russian troops to take control of this territory on their way to Kiev,” Sky News said.

“Due to the increased level of the Russian threat, Ukraine has increased the number of its forces in the exclusion zone, sending another 7.5 thousand border guards there over the past two months.”

Information about the increase in the number of border patrols was confirmed to the TV channel by Lieutenant Colonel of the State Border Guard Service of Ukraine Yuriy Shakhraichuk.

According to Sky News, the Ukrainian border guard hopes to be able to notice the approach of Russian troops in advance in the event of an invasion and call for reinforcements.

“If the Russian forces can pass through Chernobyl, then further in the direction of Kiev, they will find flat countryside and forest.

The way to the capital of Ukraine on a tank will take only a few hours, ”British journalists escalate the situation.

The highest officials of the state, including Russian President Vladimir Putin, Russian Foreign Minister Sergei Lavrov and many others have repeatedly stated that the Russian “attack” on Ukraine is just a pretext for strengthening NATO near Russian borders.

But the West is threatening Moscow with sanctions, continuing to develop the theme of “Russian invasion”.

Thus, British Prime Minister Boris Johnson, during a meeting with Ukrainian President Volodymyr Zelensky on February 1, said that London, together with a number of other Western capitals, is preparing a package of sanctions, as well as other measures that will be activated "at the same minute when the foot of a Russian soldier cross the Ukrainian border and set foot on Ukrainian territory.”

In turn, Zelensky noted that together with Johnson they discussed a set of steps to contain Russia.

“Prevention is better than resuscitation,” he said.

After that, the press service of the Ukrainian president recalled that Kiev had already made a decision to increase the number of armed forces by another 100,000 servicemen.

The corresponding decree, which provides for an increase in the number of troops over the next three years and the creation of an additional 20 brigades of the Armed Forces of Ukraine, was signed by Zelensky on February 1.

“This decree is the start of Ukraine's transition to a professional army.

This decree is not because "war is coming soon."

This decree is so that soon and in the future there will be peace - peace in Ukraine," Zelensky said.

Recall that after the adoption by the Rada of the law on increasing the Armed Forces of Ukraine in July 2021, the number of Ukrainian military reached 261 thousand people.

As the leading expert of the MGIMO Center for Military-Political Studies, Doctor of Political Sciences Mikhail Aleksandrov, noted in an interview with RT, under the situation of “increased protection and enhanced protection of external and internal borders”, the State Agency of Ukraine has in mind a number of measures in case of “an alleged Russian invasion that has already set its teeth on edge ".

“The West continues to conduct its hysterical campaign on this issue.

Kiev, which was previously trying to reduce the intensity of tension due to the panic inside Ukraine, now, apparently, decided to resort to a different tactic - to further unwind hysteria, ”the analyst said.

And the teachings of the units of the Ministry of Internal Affairs of Ukraine are Kiev’s move aimed at increasing tension, Aleksandrov believes.

According to the expert, it is no coincidence that Ukraine invited foreign representatives to maneuvers near the nuclear power plant.

“The goal of Kiev is to scare the West.

The Ukrainian side wants to convey to its foreign partners that if the Russian Federation "invades" Ukraine through the exclusion zone of the Chernobyl nuclear power plant, this is fraught with serious problems, and not only for Kiev, since during military operations explosions can damage deep layers of soil, from which the atmosphere will be radioactive substances accumulated in it are thrown out.

Kiev needs all these horror stories in order to get new military assistance from the West and increase pressure on the Russian Federation, ”the analyst believes.

At the same time, Alexandrov is sure that radioactive contamination of the area, if it happens, is solely through the fault of the Ukrainian side: the organization of exercises in the exclusion zone of the Chernobyl nuclear power plant is an event accompanied by certain serious risks.

“And the very idea that Russia could allegedly attack Ukraine, and even through the exclusion zone, is more like the plot of a science fiction thriller.

This goes beyond all common sense: the Russian Federation does not need to invade Ukraine, especially through this territory, ”said Aleksandrov.

Sergey Ermakov, an expert at the RISS Research Coordination Center, also believes that military exercises near the Chernobyl nuclear power plant are fraught with dangerous situations associated with the spread of radiation to undamaged territories.

“However, given the hysteria of the West around Russia's alleged plans for an “attack”, Kiev considers the upcoming exercises justified.

In fact, they cause an additional risk for Ukraine on the part of Ukraine itself, ”he said in a conversation with RT.

However, Kiev does not think about it, it needs to give Western countries another reason to think that Ukraine needs more military assistance to fight Russian "aggression", Yermakov believes.

“During the exercises, representatives of the West will be processed, focusing on radioactive contamination and the “Russian threat,” he said.

According to Ermakov, by conducting exercises near the Chernobyl nuclear power plant, Kiev wants to inject hysteria around the “Russian invasion”, but it harms itself first of all.

“The danger of the situation also lies in the fact that due to the activity of the Ministry of Internal Affairs at the nuclear power plant, the already agitated Ukrainian society can react very unpredictably.

Rallies in Kiev dissatisfied with the actions of the authorities have already taken place, and now Kiev itself is sowing additional panic moods with such events in the area of ​​the Chernobyl nuclear power plant, ”concluded the analyst.