The Spanish oil company Repsol promised Thursday to complete in March the cleaning operations of the Peruvian coasts stained by an oil slick. 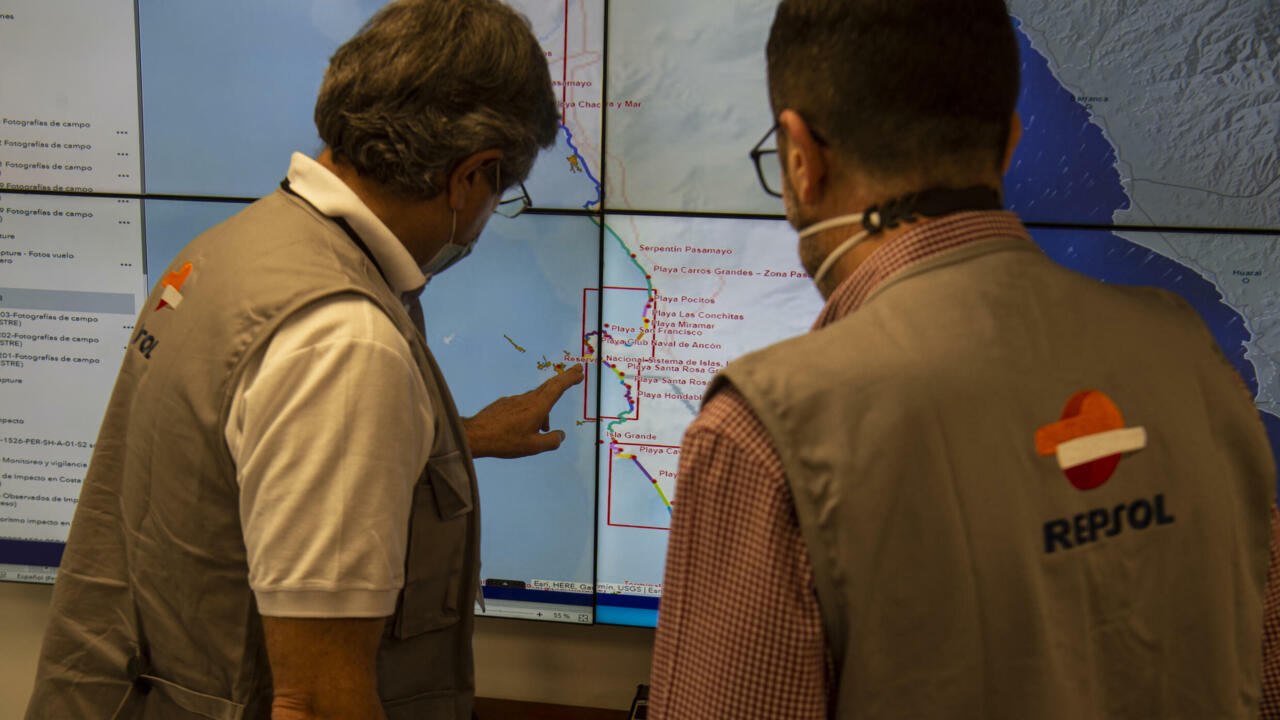 "We estimate that if the weather conditions allow it, it will be in mid-March" that the cleaning of the beaches and islands affected by this oil spill of some 12,000 barrels of crude oil will end, the director of the company told the press. Environmental Safety of Repsol, the Spaniard José Terol.

The latter, who directs these cleaning operations, however explained that in more difficult to access areas, the work would take longer.

"In mid-February, there will be no more oil slicks at sea. In an optimistic scenario, operations in difficult areas will end at the end of March," he said.

On January 15, an oil leak occurred during the unloading of a tanker at the La Pampilla refinery, owned by the Spanish oil group Repsol, located 30 km north of Lima.

The oil slick was pushed by the currents up to 140 km north of the refinery.

It has led to the death of thousands of fish and seabirds and put hundreds of artisanal fishermen out of work.

In the middle of the austral summer, the tourist sector of the area is also hit hard.

During the Repsol official's press conference, dozens of shopkeepers from Ancon, a popular seaside town 20 km north of the refinery, expressed their displeasure.

Protest demonstration on February 3, 2022 in front of the La Pampilla refinery, 30 km north of Lima, against the Spanish company Repsol responsible for the pollution in mid-January in this coastal area of ​​Peru Ernesto BENAVIDES AFP

"Repsol assassin" or "Repsol must be repaired", could be read on the signs brandished by these demonstrators.

"The reason for this demonstration is that we are out of work because of this pollution of the Ancon sea," Miguel Basurto, a 53-year-old motorcycle taxi driver, told AFP.

"We are outraged because we don't receive any support from Repsol. They wash their hands of it and walk away leaving us with all this pollution that affects children and the elderly," he added.

The refinery blamed the accident on the strong swell present at sea that day after the powerful volcanic eruption in the Tonga Islands which caused a tsunami in the Pacific.

Its officials claim that the Peruvian maritime authorities had not issued an alert.

In a decision handed down last Friday, the Peruvian courts banned four officials of the Repsol group, including its president in Peru, the Spaniard Jaime Fernandez-Cuesta Luca de Tena, from leaving the country for 18 months, the time to pursue the oil spill investigation.

"The prosecution's request is well-founded," said judge Romualdo Aguedo during an online hearing, validating this decision.

"We will continue to cooperate fully with any criminal investigation, as we do with the ongoing preliminary investigation," responded the Spanish group from Madrid in an email sent to AFP.

"Our main concern is the cleaning of the environment. Repsol is concentrating all its efforts in the cleaning works with the utmost speed to progress in the affected areas", he added.

The Repsol operations center is working day and night, supported by 18 satellites which take pictures of the oil slick, assured the Spanish company from Peru.

The La Pampilla refinery, 30 km north of Lima, where serious oil pollution described as an "ecological disaster", soiled the beaches and islands of Peru on January 15, 2022 Ernesto BENAVIDES AFP