In the police, "expressing your discomfort is very complicated"

Traumatized by her intervention during the attacks of November 13, Martine* began a long depression until a suicide attempt at the end of 2018. Today, this police officer is better and urges… 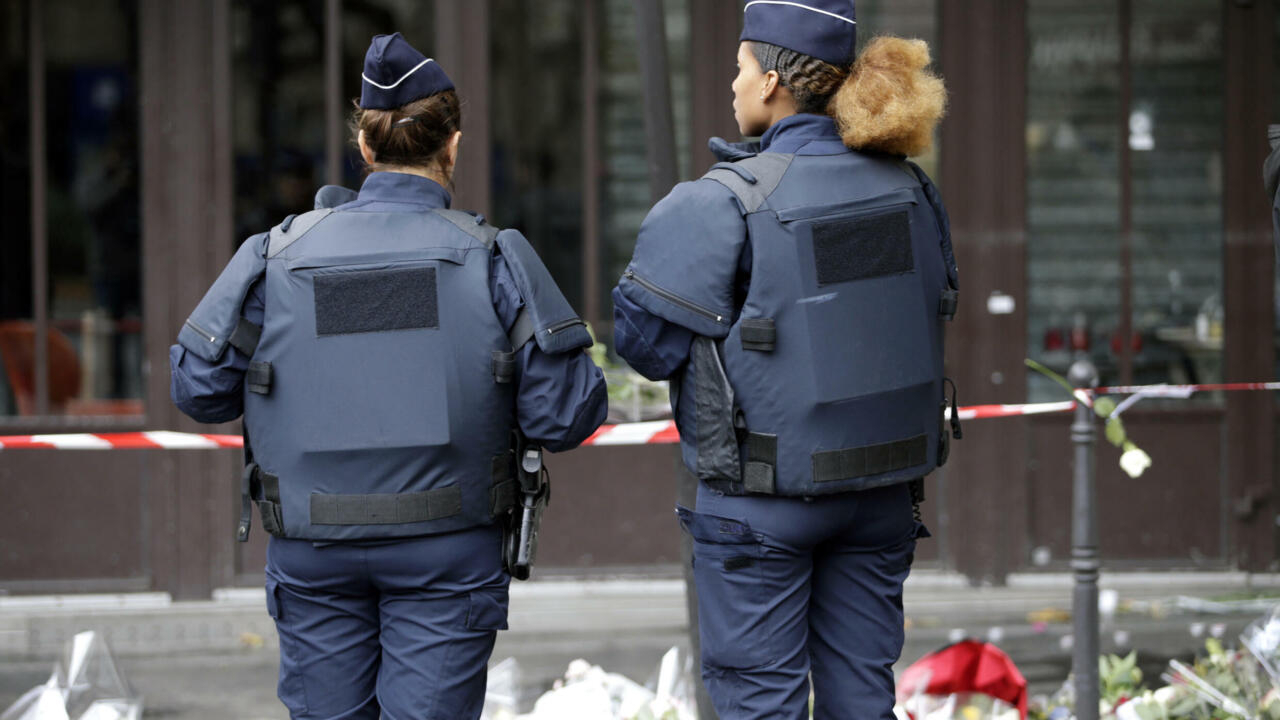 The evening of the jihadist attacks, the policewoman, now in her forties, remembers having "stumbled upon a scene of war, and it was a real trauma".

"It did not declare itself immediately, it registered in my memory, I continued to work more or less well", she rewinds.

An injured policeman is evacuated near the Bataclan in Paris, November 13, 2015 DOMINIQUE FAGET AFP / Archives

"The descent into hell was very gradual".

Initially, these are "scenes of attacks in a film" or "smells, sounds", the difficulty of "taking public transport".

Martine then sees her attending physician, "but I needed psychological follow-up".

"I was lucky to have a hierarchy that was sensitive to my discomfort" but that "was not enough".

Alone with her daughter, she "closes herself to people", takes refuge in alcohol.

"I felt I was falling but I didn't know where to turn, I was lost".

A commemorative plaque on the sidewalk in front of the Bataclan in Paris, November 11, 2021 Thomas SAMSON AFP / Archives

“Expressing your discomfort when you are a police officer is very complicated. We are there to ensure the safety of the population and we have no right to be weak, to show weakness. we are strong, otherwise how will people trust us?" she confides.

One day, she "breaks down" and tries to end her life "several times".

It will gradually go up the slope thanks to the association "Peps SOS Police in distress" which accompanies and guides civil servants in fragile situations.

"We can get out of this"

"Colleagues free up the floor a little more because they know they are going to be listened to by the police, they don't need to explain the context, it saves a lot of time," she says.

Hospitalization, psychiatric follow-up, drug treatment: "the reconstruction took about a year, it's long but we're getting there," insists the official.

Now a "helper" within Pep's, she "switched to the other side".

His journey helps him to "identify colleagues who are beginning to suffer and who are unwell".

To the police who are afraid of being deprived of their service weapon if they speak, she replies that "it feels good sometimes, it takes a weight off, carrying a weapon is not trivial".

And above all, "saying that we were in distress but that we are better and that we can get out of it" can convince a police officer that he is "not alone, that there are people help him, accompany him".

Today, she feels there is an "awakening of the (police) leadership that does not hide its face, starts discussions, listens to people and gives real momentum to get things done".

Still on sick leave for three years, she hopes to return to the field soon.

"I didn't join the police because I saw light, but because I had it in my gut. I still believe in my work," she says.

"Anyway, I don't see myself doing anything else, there's nothing else that interests me".