Left to rest last November, Gaël Monfils was recalled by the captain of the French Davis Cup team Sébastien Grosjean for the play-off against Ecuador from March 4 to 5. 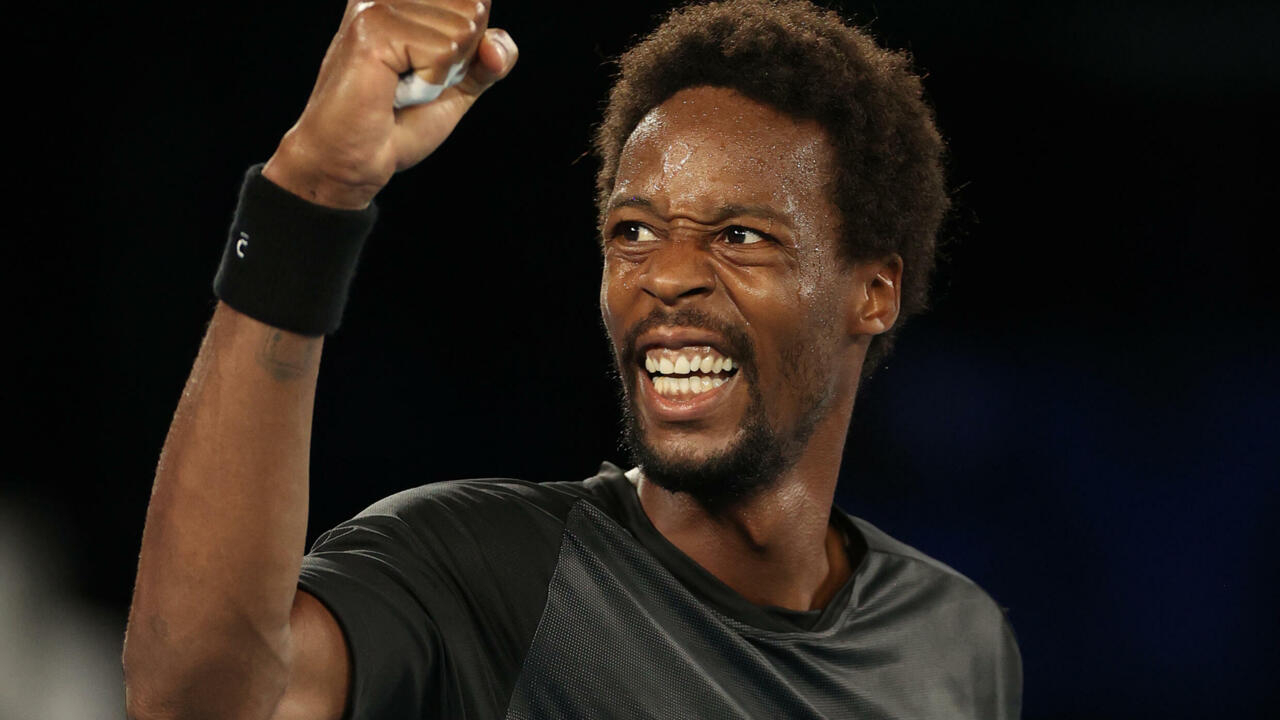 Gael Monfils, 16th in the world and recent quarter-finalist at the Australian Open, is on the list announced on Friday, alongside Adrian Mannarino, as well as doubles specialists, Pierre-Hugues Herbert and forty-something Nicolas Mahut.

During the final phase of the previous edition last November, Grosjean had preferred to "blow" Monfils, "not at best" by his own admission.

Monfils and Mannarino "stand out"

"I saw all the matches in Australia. (Monfils and Mannarino) were the two players who stood out in Melbourne", justified Grosjean Friday by videoconference.

"There are now a few weeks indoors, in the same conditions as in Pau. We will see the evolution of the players," he added.

The elimination of Gaël Monfils Thursday as soon as he entered the Montpellier tournament by the Swede Mikael Ymer, 6-1, 6-2, in less than an hour, does not worry the Davis Cup captain.

"He had a slightly later arrival (note: because of the Australian Open). He also had to do his third dose of vaccine before arriving in Montpellier. Yesterday, there was a big fatigue physical and mental. I'm not worried at all. He will recover," explained Grosjean.

Gaël Monfils, during his defeat (6-1, 6-2) against the Swede Mikael Ymer, as soon as he entered the running at the Open Sud de Montpellier, on February 3, 2022 Pascal GUYOT AFP

By recalling Monfils and Mannarino, the captain of the Blues therefore chose to rely on experienced thirty-somethings a few months after having selected rising values, Ugo Humbert (23) and Arthur Rinderknech (26).

The captain of the French team Sébastien Grosjean congratulates Adrian Mannarino, after his victory against the Czech Jri Vesely, in the 2nd single of the Davis Cup, on November 25, 2021 in Innsbruck JOE KLAMAR AFP / Archives

But the door remains open.

"We saw the good results of the youngest in Australia. Arthur Rinderknech played well with a final in Adelaide and a good start to the Australian Open. Unfortunately, he hurt his wrist", detailed Grosjean.

"Ugo Humbert has had difficulties since the Olympic Games (in Tokyo). All the young people have to manage to gain consistency. I think that in the next few years, it will be much better. It takes a little time", said he analyzed.

Reformed in August 2018, the Davis Cup formula will evolve further in 2022. At the end of the play-offs in March, 16 teams against 18 previously will play a group stage in September.

The first two groups will qualify for the quarters.

Twelve countries must qualify for the group stage via the play-offs, to which are added four countries, directly qualified: the finalists of the last edition, Russia and Croatia, as well as two guests, Great Britain and Serbia.

After these meetings in March, "these sixteen countries will then be divided into four pools of four the week after the US Open in September, in four countries" confirmed Grosjean.

During the 2021 edition, France, with a rejuvenated group, had been eliminated from the group stage at the end of November, having been unable to finish among the two best second of the six groups.