16 documents adopted: what ended the meeting between Putin and Xi Jinping in Beijing

During the summit, the leaders of Russia and China signed 16 documents, including a joint statement. In particular, it states that relations between Moscow and Beijing are superior to the military-political alliances of the Cold War era, friendship between countries has no boundaries, and there are no forbidden zones in cooperation. According to Vladimir Putin, the Russian-Chinese partnership has acquired an unprecedented character. At the same time, Xi Jinping drew attention to the strengthening of political and strategic mutual trust between the Russian Federation and China. In addition, the PRC chairman considered Russia's demands for security guarantees to the United States and NATO to be fair, Foreign Minister Sergei Lavrov said. 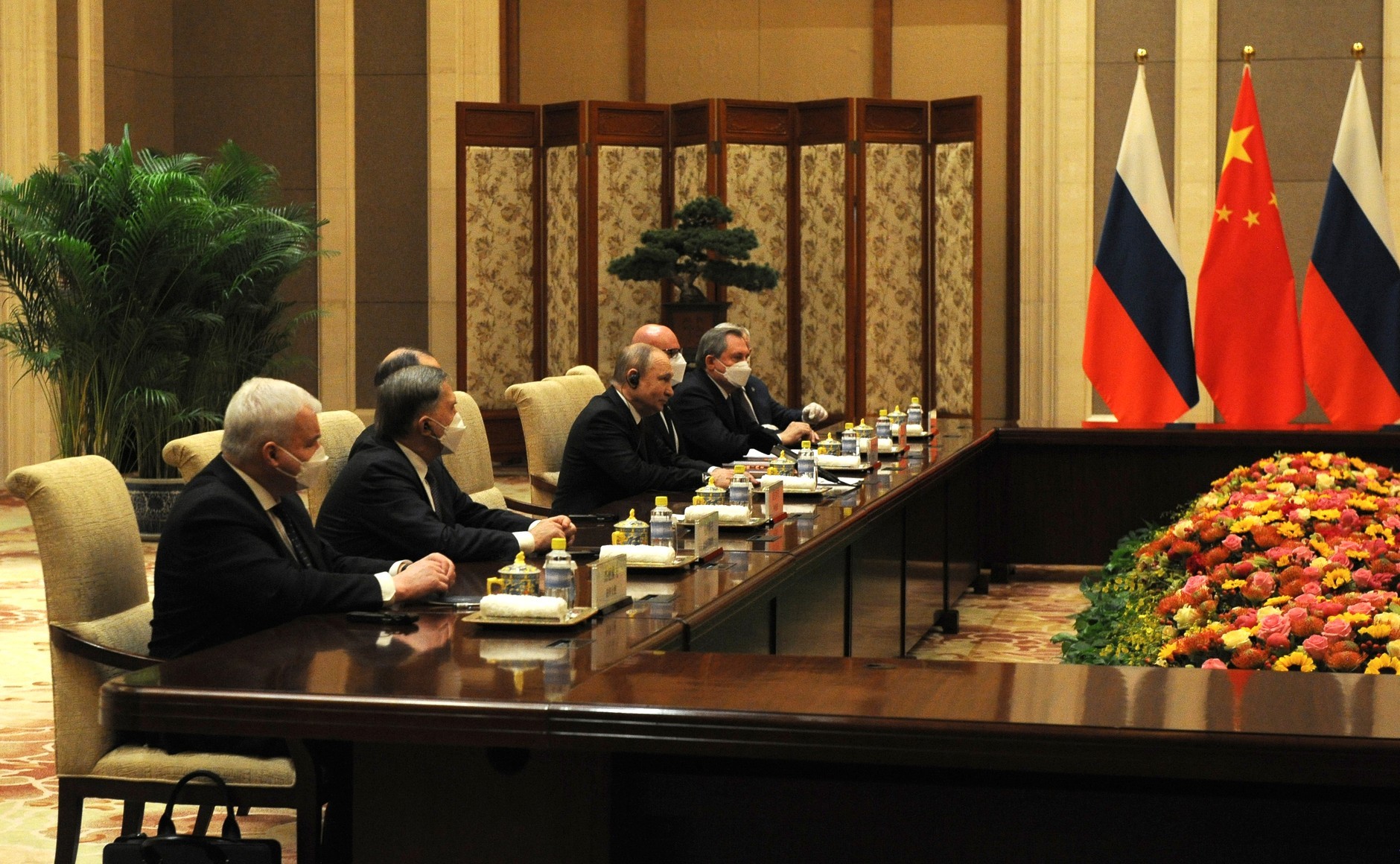 As follows from the document published on the Kremlin website: “Friendship between the two states has no borders, there are no forbidden zones in cooperation, the strengthening of bilateral strategic cooperation is not directed against third countries, is not influenced by the changing international environment and situational changes in third countries.”

It is specified that the Russian-Chinese relations of a new type are superior to the military-political alliances of the Cold War.

At the same time, countries are against the return of international relations to a state of confrontation between major powers, when the weak become the prey of the strong, advocating the formation of a new type of relations between world powers based on mutual respect and mutually beneficial cooperation.

“Today the world is undergoing massive changes, humanity is entering a new era of rapid development and large-scale transformations.

Such processes and phenomena as multipolarity, economic globalization, informatization of society, cultural diversity, transformation of the system of global governance and the world order are developing, the interconnectedness and interdependence of states is increasing, a trend is being formed to redistribute the balance of world forces, the demand of the world community for leadership in the interests of peaceful and progressive development is growing. ," the statement said.

It is noted that Moscow and Beijing are deeply concerned about serious challenges in the field of international security.

In this regard, the parties oppose the further expansion of NATO, the formation of closed bloc structures in the Asia-Pacific region, in particular, they are concerned about the creation of a security partnership by the United States, Great Britain and Australia ”(AUKUS).

“The Chinese side treats with understanding and supports the proposals put forward by the Russian Federation on the formation of long-term legally binding security guarantees in Europe,” the document emphasizes.

The leaders of the countries are also unanimous in understanding that democracy is a universal value, and not a privilege of individual states.

At the same time, the protection of democracy and human rights should not be used as a tool to put pressure on other countries: “The parties oppose the abuse of democratic values, interference in the internal affairs of sovereign states under the pretext of protecting democracy and human rights, as well as against attempts to provoke a split and confrontation in the world."

In addition, during Vladimir Putin's visit to Beijing, 11 intergovernmental and interdepartmental documents were approved, as well as four commercial contracts.

They also signed a memorandum of mutual understanding on the issue of deepening investment cooperation in the field of sustainable (“green”) development.

The Federal Customs Service of Russia and the Main Customs Administration of the People's Republic of China signed a protocol on mutual recognition of the status of an authorized economic operator.

In addition, the leaders of Gazprom and Rosneft signed contracts with the China National Petroleum Corporation (CNPC).

Thus, Gazprom and CNPC entered into a long-term contract for the sale and purchase of natural gas along the Far East route.

According to Alexey Miller, the second gas deal with China testifies "to the highest level of mutual trust and partnership."

In turn, Rosneft agreed with CNPC on cooperation in the field of low-carbon development.

"An unprecedented level of relationship"

Relations between Moscow and Beijing have reached an "unprecedented" level.

Vladimir Putin said this during a meeting with Xi Jinping.

“As for our bilateral relations, they are developing, indeed, progressively, in the spirit of friendship and strategic partnership.

They have acquired a truly unprecedented character and are an example of worthy relations that help each other develop and at the same time support each other in development,” Putin said.

According to him, he and Xi Jinping have always been in contact over the past two years, despite the fact that it was not possible to hold personal meetings: “The most important thing is that we supported the efforts of our teams in almost all areas.”

Xi Jinping, in turn, noted that "political and strategic mutual trust is growing stronger" between the countries.

According to him, Russia and China are making "relentless efforts" for the sustainable development of bilateral relations and resolutely protect their fundamental interests.

“By joint efforts, (countries) implement true multilateralism, uphold a true democratic spirit, and serve as a reliable support for uniting the world in overcoming crises and protecting equality,” the Chinese President stressed.

The emphasis during the talks in an expanded format was placed on bilateral relations and trade and economic cooperation.

According to him, then the heads of state continued to communicate tête-à-tête at a working lunch, discussing in detail international issues, security guarantees and regional problems.

The main attention at the talks was paid to the tension that the West deliberately escalates around the Russian Federation and China.

Russian Foreign Minister Sergey Lavrov said this after the meeting between Vladimir Putin and Xi Jinping.

“The President of Russia once again outlined our line in negotiations with the Americans, with NATO on the need to work out clear security guarantees on the European continent,” he said.

“The PRC President reaffirmed his support for Russia’s line on this issue, stressing that it is a reflection of the just aspirations of the Russian state and the Russian people.”

In total, the talks between Vladimir Putin and Xi Jinping lasted more than two and a half hours.