“People are ready to legalize, they only need a tool”: what do miners think about the discussion around cryptocurrencies

The Russian authorities are discussing the future of cryptocurrencies and mining in Russia. The Bank of Russia insists on their complete ban, considering them a threat to citizens and the financial system of the Russian Federation. The Ministry of Finance believes that it is not worth banning cryptocurrencies, however, they agree with the need to regulate this area. RT visited the Irkutsk region, which is considered the unspoken "capital" of mining in Russia, and talked with industry representatives about the possible consequences of the ban on digital assets in the Russian Federation. 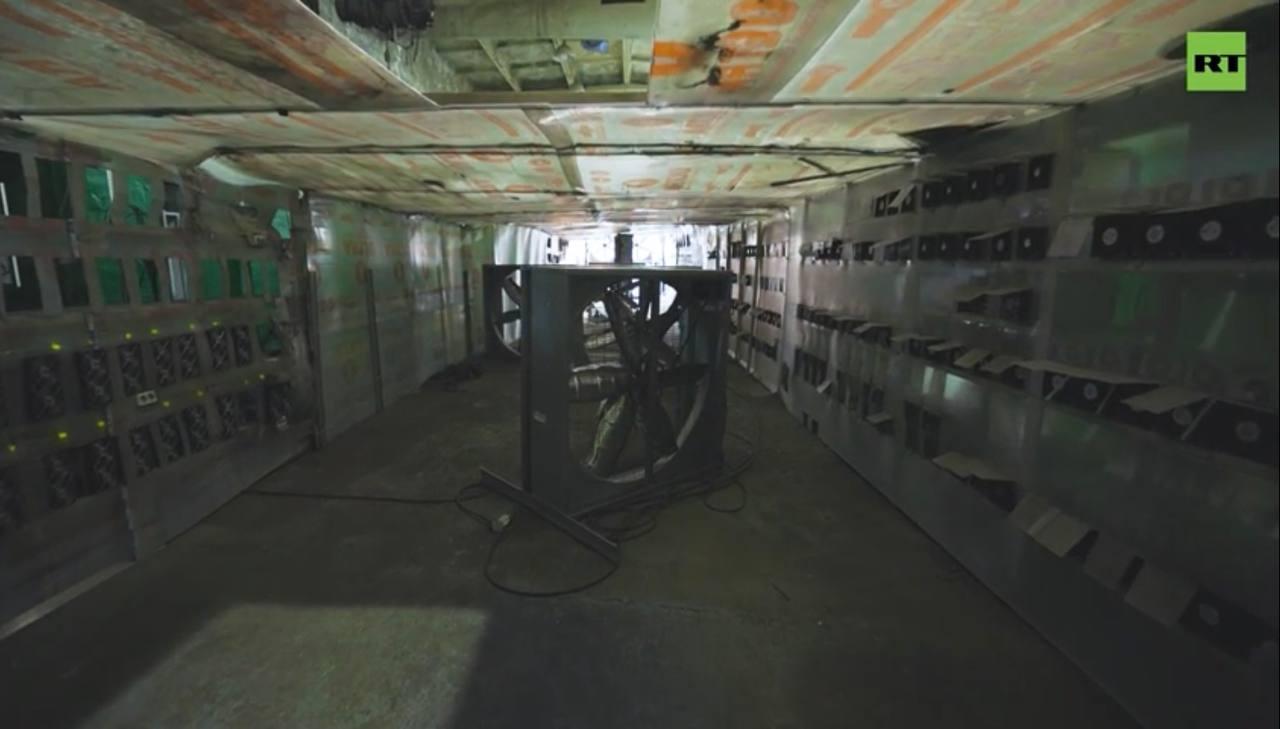 At the end of January, the Bank of Russia proposed to ban the mining and use of cryptocurrencies on the territory of the Russian Federation - according to the regulator, these digital assets pose a threat to the well-being of citizens and the stability of the financial system, and are also used to service illegal activities.

The discussion of the authorities about a possible ban or regulation of the sphere of cryptocurrencies is closely followed by representatives of the business associated with their production.

In the event of a ban on cryptocurrencies, not only miners, but also the business that services their activities may be left without income: in recent years, an entire industry has grown around cryptocurrencies and their mining.

The capital of Russian mining

The unspoken "capital" of mining in Russia is Irkutsk - there is cheap electricity, and the incomes of the population are low.

In search of an additional source of income, the inhabitants of the region began to engage in mining.

The cost of equipment for the extraction of cryptocurrency - ASIC - varies from several tens of thousands to one and a half million rubles.

But this money quickly pays off - farms can start generating income for the owner after a year of operation, explains Alexei Kotlyarevsky, a resident of Irkutsk.

Kotlyarevsky is a metallurgical engineer by education, after university he worked for a year at the Irkutsk aluminum plant, but then went into business.

The interlocutor of RT believes that in the event of a ban on mining and cryptocurrencies, ordinary people will suffer first of all.

“I was of two minds about this ban.

If we regard it from the side of an entrepreneur, then I would be satisfied with, say, the legalization of this direction.

If you look from the point of view of an ordinary person who makes so much money, naturally, I would not like this news.

For many people, mining has become an additional income, and for some it may be the main income, ”says the interlocutor of RT.

According to him, in the Irkutsk region, people go into mining due to the lack of prospects to increase their earnings in other areas.

For example, at the plant where Aleksey himself once worked, the salary of workers now does not exceed 50 thousand rubles, while the production is harmful, “people are ruining their health.”

“With me - and I worked at the plant for almost a year - there were three deaths from the shop.

People die in the workplace.

Everyone understands this very well.

50 thousand rubles, taking into account our expensive life (and in Irkutsk, life is not cheap) is very little.

And when a person starts earning about 150 thousand rubles a month from two million rubles of credit (for mining equipment. -

In his opinion, if mining were legalized, and citizens involved in cryptocurrencies were obliged to pay taxes, this would not cause objections either from entrepreneurs or from “private” miners who mine bitcoins at home.

“With the advent of mining in the region, self-employed people began to appear in our region, unemployment decreased.

And now the people with whom I communicate do not mind paying taxes.

Miner and blogger Yuri Dromashko has been involved in cryptocurrencies since 2016, he also became the first blogger from Irkutsk to talk about this area.

In an interview with RT, Dromashko emphasized that the ban on mining and circulation of cryptocurrencies will not lead to the eradication of miners in Russia.

But industrial mining - it can turn off, with a certain ban, if it is categorical, ”explains Dromashko.

At the same time, the recent statement by the Central Bank about a possible ban on mining and cryptocurrencies did not come as a surprise to the blogger - the source of RT recalls that the Bank of Russia has repeatedly voiced this position.

“The position of the Central Bank does not change, it is stable.

Moreover, in their position it is impossible to think otherwise.

And cryptocurrency is such an incomprehensible factor that can lead to anything,” says Yuri.

Another miner, Ivan A. (name changed at the request of the hero. -

), who has been dealing with cryptocurrencies for the past two years, now lives in Moscow.

According to him, the statements of the Central Bank raise some concerns among miners, but technically it is almost impossible to introduce a complete ban on cryptocurrency, the RT interlocutor believes.

“Of course, such statements cause concern.

But in fact, what happened now is, in fact, just the news about the report of the Central Bank disseminated by the media.

In general, a complete ban on cryptocurrency and mining is technically almost impossible to introduce, it is not clear how these transactions can be tracked at all.”

Who earns on miners?

The field of cryptocurrency mining has created around itself a whole industry of enterprises serving it - these are mining equipment repair services, special boxes that suppress the noise produced by a working crypto farm, and even hotels with security guards where those who wish can safely place their equipment.

According to Alexey Kotlyarevsky, an entrepreneur in the field of cryptocurrencies, every fourth inhabitant of the same Irkutsk region is now somehow involved in mining and the related service sector.

“We have a lot of people who are involved in this area, about every fourth person.

Mining today is a whole industry.

These are jobs, these are wages paid by entrepreneurs.

We give people the opportunity to earn, receive salaries, develop in the future, ”says Kotlyarevsky.

For example, equipment on mining farms often needs to be repaired - as a result, service centers are opened that assemble new or repair faulty ASICs.

Eliminating a breakdown can cost from one and a half to 50 thousand rubles.

Another business that has emerged with the growing popularity of mining is the manufacture of special boxes that can suppress the noise of operating equipment.

It can reach up to 90 decibels - for comparison, a jet aircraft emits a noise of 120 decibels.

Not surprisingly, there is a lot of demand for a solution to this problem.

One of the Irkutsk furniture companies sells 300 noise-canceling boxes a month - their price ranges from six to 14 thousand rubles.

A box with a special foam rubber filler allows you to reduce the noise of a working “asik” to a noise comparable to the hum of a washing machine.

Hotels for mining cryptocurrencies have already begun to appear in Russia - this is the most closed, but at the same time completely legal business.

Now a large number of criminal proceedings are being opened in the Irkutsk region, and according to the statements of the miners themselves, expensive equipment is simply stolen from them.

“Crypto hoteliers” come to the rescue - anyone can place their equipment with them, receiving in return a guarantee that expensive equipment will not be stolen, and there will be no power outages - such companies pay for it honestly, at a commercial rate.

Business in the shadow

Now mining is not regulated by law - it is not listed in the General Classification of Economic Activities (OKVED).

Accordingly, many miners do not pay tax on their income and remain outside the legal field.

Mining also creates more pressing problems: since most “private” miners connect their equipment to the public grid, power outages often occur, which affects all people living in the neighborhood of “crypto businessmen”, and sometimes overloads lead not only to a power outage , but also to fires, Oleg Prichko, general director of OAO Irkutskenergo, told RT.

At the same time, miners pay for electricity at the lowest, preferential rate.

“We are not against mining, as such, we are against the fact that certain people from this category climb into the pocket of everyone else,” Prichko emphasizes.

“We are against these categories creating problems, including the risk of losing housing, perhaps the only one, for their neighbors.

To date, 1213 households have been identified where mining is illegal in the Irkutsk region.

This is almost 10 percent of all individual households in the Irkutsk region.”

It is difficult to stop the activities of miners who illegally use electricity.

Every month, according to complaints from local residents in the Irkutsk region, about 40 raids on crypto farms are carried out, but the owners do not always make contact with the authorities.

At the same time, according to Irkutskenergo, out of 1,200 lawsuits against illegal miners, only 19 have been won so far.