With the elections approaching, Bahaa Hariri enters the Lebanese political arena after his brother's retirement

Yesterday, Friday, Lebanese businessman Bahaa Hariri announced his entry into Lebanese political life, saying that he would fight the battle to "reclaim the homeland from its occupiers." Bahaa's announcement came days after his brother Saad Hariri retired from politics. 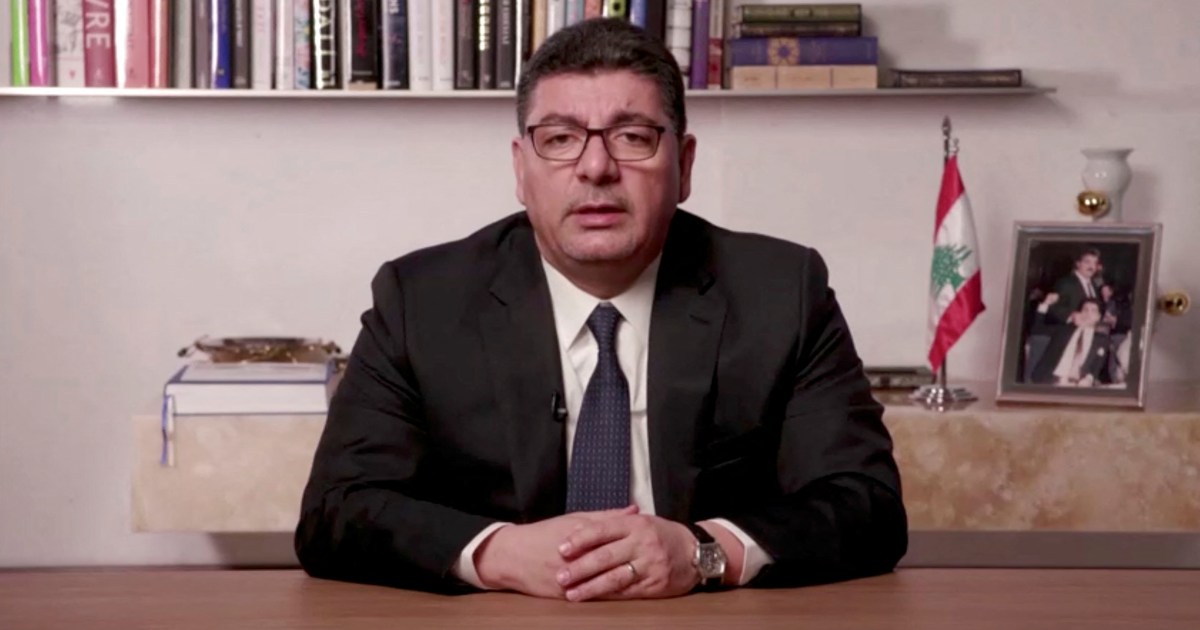 Yesterday, Friday, Lebanese businessman Bahaa Hariri announced his entry into Lebanese political life, saying that he would fight the battle to "reclaim the homeland from its occupiers." Bahaa Hariri's announcement - who is outside Lebanon - came days after his brother Saad Hariri retired from politics.

Bahaa (55 years) added in a televised speech, and is the older brother of the head of the Future Movement, Saad Hariri, that he will return to Lebanon and "I will continue the path of martyr Prime Minister Rafic Hariri."

The Lebanese businessman said, "With partnership and solidarity, we will fight the battle to recover the homeland and restore the sovereignty of the homeland from its occupiers," warning that "any misinformation or intimidation out of the blue at the level of any component of Lebanese society serves only the enemies of the homeland," referring to the fate of the Sunni sect. In Lebanon at the political level after Saad Hariri's retirement.

Bahaa Hariri has anti-Hezbollah and its weapons positions, and has previously accused it of terrorism and that it "takes Lebanon hostage for its own benefit." He called for the withdrawal of the party's weapons - backed by Iran - "which poses a threat to the security of all Lebanese." The Lebanese businessman also criticized the settlements made by his brother. Saad in the past years with Hezbollah and its allies.

Bahaa holds, according to his website, Saudi nationality in addition to his Lebanese nationality, and his interests include real estate investments in Lebanon and Jordan.

And Reuters news agency quoted Jerry Maher, Bahaa Hariri’s media advisor, as saying that he will not run in the parliamentary elections scheduled for May 15, and that instead, he will support electoral lists across Lebanon under the slogan “Together for Lebanon,” a movement he founded and financed. Bahaa Hariri.

And last Monday, Saad Hariri ended his role in Lebanese political life based on sectarian quotas between Sunnis, Shiites and Christians. Saad said that "there is no room for any positive opportunity for Lebanon in light of Iranian influence, international confusion, national division, sectarianism and the wear and tear of the state."

It was learned that “several Beiruti personalities refuse to join the Sawa for Beirut list supported by Baha Hariri, which will run in the elections in Beirut’s second district, due to the anger of the supporters of the “Future Movement” at Baha’s behavior towards his brother, Prime Minister Saad Hariri, who left the political arena a few days ago. Few.”

Saad attributed his decision to factors including Iran's influence, which he said prevents any positive change in Lebanon.

“It (the word Baha) is a sign that he will not allow a vacuum in Sunni politics, and that he is entering to wear the abaya,” said Muhannad Haj Ali of the Carnegie Middle East Center. "Regional support and strong financing behind it. If he is willing to spend money on the Sunni scene, he may have an opportunity."

In a related context, Lebanese Prime Minister Najib Mikati said yesterday, Friday, that he will not call for a Sunni boycott of the upcoming parliamentary elections, in response to a journalist's question following Mikati's meeting with Lebanon's Mufti Sheikh Abdul Latif Derian about the repercussions of Saad Hariri's retirement from political work.

It is noteworthy that Lebanon has been suffering from a severe political and economic crisis for more than two years, the repercussions of which were exacerbated by the devastating explosion of the port of Beirut on August 4, 2020, in light of the reluctance of international and regional donors to provide support to the Lebanese authorities to overcome the current crisis given the failure to implement a number of measures. Required political and economic reforms.