Al Jazeera Net asked my question, "Will Russia invade Ukraine? And when do you decide? According to a number of Russian affairs experts in Washington, the estimates came as follows. 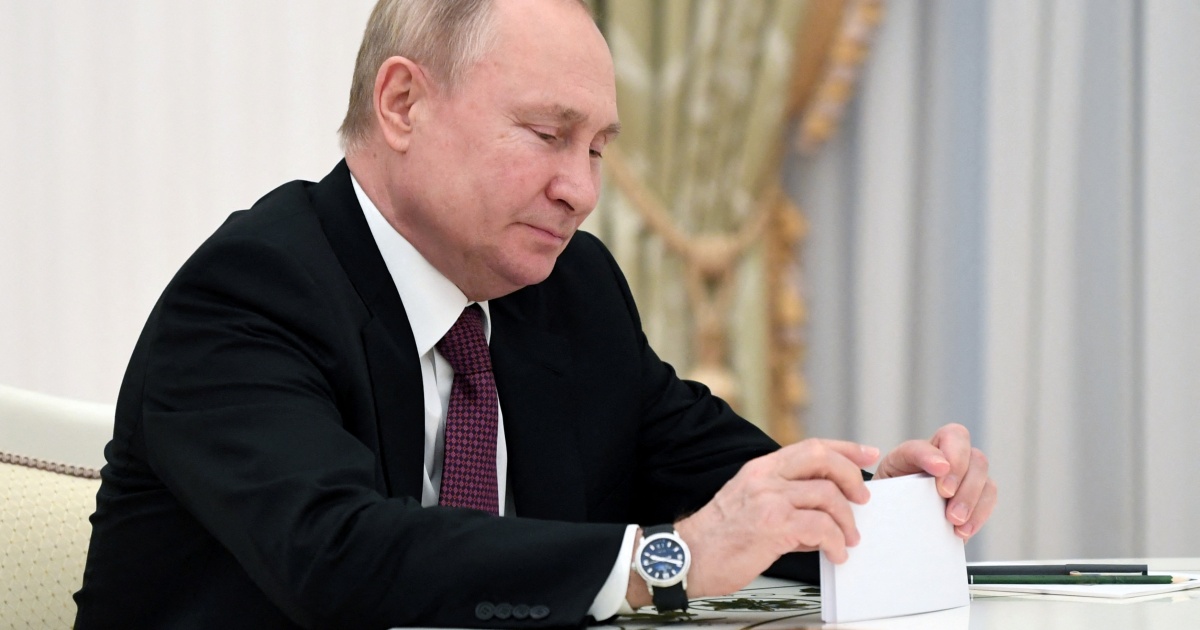 Relations between Kiev and Moscow have been severely strained since the beginning of last month, with Russia amassing more than 100,000 soldiers along its border with Ukraine, amid increasing calls by separatists loyal to it in the Donbas region for independence.

For its part, Washington and Western capitals threaten to impose unprecedented sanctions on Moscow if it invades Ukrainian territory.

The United States and Western countries provide a lot of weapons and military equipment to the Ukrainian army, in addition to hundreds of military advisers and trainers.

And US President Joe Biden announced, last Tuesday, that he is ready to impose sanctions on his Russian counterpart Vladimir Putin personally if Russian forces launch an attack on Ukraine, at a time when Biden and his Western allies confirm that there is no intention to send soldiers to defend Ukraine.

Biden suggested that if the situation deteriorated, he would mobilize 8,500 US forces, which the Pentagon had put on standby, to deploy in the North Atlantic Treaty Organization (NATO) countries neighboring Ukraine.

On the other hand, Russia reiterates that there is no intention of resorting to the military option.

"Tensions have been exacerbated by declarations and concrete actions by the United States and NATO, which have caused hysteria in Europe over a supposed imminent Russian invasion of Ukraine," Kremlin spokesman Dmitry Peskov said.

The United States is closely watching Russia's movements in the coming hours and days, especially after Moscow declared its dissatisfaction with the written response provided by the American side regarding its proposals for NATO expansion to the east.

Al Jazeera Net asked a number of Russian affairs experts, "Will Russia invade Ukraine? And when will it decide to do so?" The estimates came as follows.

Professor William Woolforth, a professor at Dartmouth University and an expert on US foreign policy toward Russia:

“I do not know when Putin will move his forces, and I do not know how the Deputy Foreign Minister knows the timing, as I mentioned. Documented news continues that the American intelligence services say that Putin has not made a final decision yet, and these are the real military experts who have real experience and knowledge. These intelligence estimates are based on what is circulating about the Russian forces' need for frozen roads, etc.

So I don't see the so often referred to as "time constraints" as a critical factor in President Putin's decision, however, I still believe that based on the available evidence, Russia is still likely to use force on a large scale.

Steve Pifer, an expert on European affairs and disarmament at the Brookings Institution:

I won't try to predict a specific date for when Russia will attack Ukraine, however, and I have become increasingly concerned over the past two months that the Kremlin might launch a military attack on Ukraine.

Last December, Russia made demands that NATO abandon the idea of ​​any new expansion, and withdraw its forces from the territories of allies that joined the alliance after 1997, demands that Russian officials know are unacceptable in the West.

The United States and its allies rejected it, but said they were willing to talk about arms control, confidence-building, and transparency measures, and the Russians seem to say that's not enough.

The Kremlin also appears to have placed itself in an embarrassing position it can only get out of, by backing away from its main demands or resorting to military action.

No one can say with certainty the decision that Russian President Putin will take. He has many options, starting with withdrawing his forces and being satisfied with sending clear signals to NATO and Washington, and ending with the option of invading Ukraine at a time he deems appropriate.

It is difficult to say when Russia will invade Ukraine, but I agree with the opinion of most observers that Russia intends to use force at some point next month.

As for the timing, I can't imagine President Putin ordering his forces to invade during the Winter Olympics in Beijing (4-20 February), but maybe right after that."