The Palestinian-Egyptian political activist Ramy Shaath confirmed that he will continue his human rights activities until the release of the last prisoner of conscience in Egypt, calling on the European Parliament to what he described as “holding the Egyptian regime accountable for its total violations.” 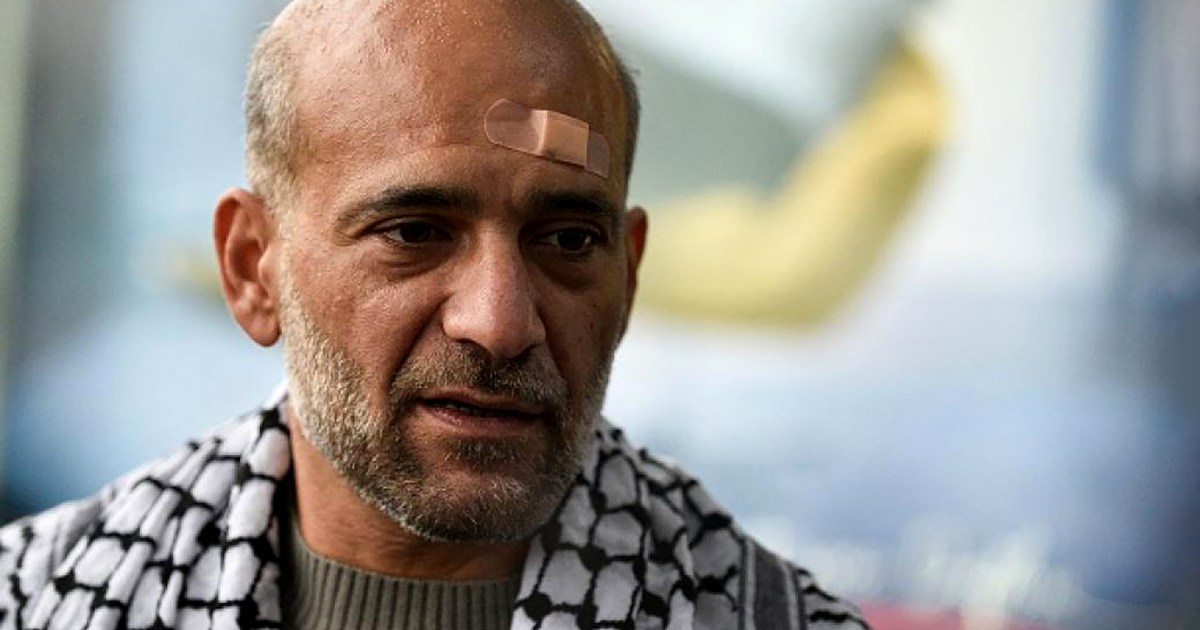 The Palestinian-Egyptian political activist Ramy Shaath described what he lived through in prison, and talked about the worst of what he went through in his detention, revealing that he will defy the intimidation he received from the Egyptian authorities, to be active in the human rights field until the release of the last prisoner of conscience in Egypt.

Shaath demanded that the European Parliament be held accountable for all of its violations, pointing to the need to change the rules of the game and for Europe to adopt a stability strategy in Egypt based on supporting freedoms and human rights.

In an interview with CNN, Shaath said, "I am happy and feel free, but I still need time to recover from what I went through, I have passed a long period of imprisonment, and I am still learning to return to normal life. Now I can use my phone, drive a car, and do a lot of the mundane things I've been missing in the more than 800 days I've been in prison."

Shaath was forced to relinquish his Egyptian citizenship, as this was a condition for his release earlier this month, under the mediation of French President Emmanuel Macron.

When asked about the worst of what he lived in prison, he said that it started from the first 3 days he lived in detention, which he spent blindfolded and handcuffed all the time to the wall, and days of imprisonment ended in the same way until the last 3 days before his release.

"For two and a half years, I stayed inside an area of ​​23 meters, like a small living room, in which there were 18 to 32 other detainees," he said.

Two weeks ago, Egyptian President Abdel Fattah El-Sisi responded to criticism of his country in the human rights file, stressing that the reality in Egypt is not like that, he said in an intervention at a session at the World Youth Forum that Egypt organizes annually.

Al-Sisi pointed to the importance of not limiting human rights to freedom of expression and political practice, stressing that Egypt is keen on human rights in light of the beliefs and ideas it believes in, without being under any kind of pressure. He also stressed the need for an integrated and comprehensive approach to the situation in Egypt. Egypt, and taking it into account when addressing the issue of human rights.

In a related context, Shaath called on members of the European Parliament to get out of the policy of denunciation and to submit demands to adopt an actual position against the ruling regime in Egypt and what he described as its "grave violations of the rights of Egyptian citizens."

Addressing members of parliament, Shaath said, "As long as you do not take an actual action against the regime and hold it accountable for its total violations, its leadership will not heed your previous appeals and demands, and any real and strict action will have a direct impact on the reality and future of human rights in Egypt."

In his speech to the European Parliament in Strasbourg yesterday, Wednesday, Shaath made it clear that since his release from prison he has been subjected to "terrorism by the ruling regime in Egypt with the aim of silencing it," stressing that he will not back down from defending Egypt's poor and its militants.

He added, "Egypt is boiling from within, because people face daily recurring situations and situations of poverty and oppression, and if you want long-term strategic relations with Egypt, you must first commit to defending freedom of opinion and expression and respect for human rights."

He pointed to the poor conditions of prisoners, pointing out that there are good places inside the prison, but they are only designated for visits by human rights committees, including an expected visit to the European Parliament.

Shaath accused the Egyptian authorities of terrorizing opponents by illegally arresting them, and said that Egypt today has turned into a "republic of fear and terrorism", which forced human rights organizations to stop their work for fear of being chased, banned from traveling, confiscating their members' property, and imprisoning them.

He revealed that during the period of his arrest he was brought 10 times before the Egyptian Public Prosecutor, 20 times before the investigative judge, while his detention was renewed 30 times, noting that during this period he was interrogated for only 45 minutes, with the purpose of questioning him about his position on the January 25, 2011 revolution. And about the presidential candidate who voted for him in the elections after the revolution.

Shaath also revealed that he met in the basements of prisons many simple citizens who were arrested by a police officer in the street, and their only crime is that the officer found on their phone a comment, a publication, or even a joke about the ruling regime, to be the reason for their arrest and submission to the courts as "terrorists". .

He stressed that he witnessed the inhuman and illegal beatings and humiliation of detainees in Egyptian prisons while entering prison, considering that the Egyptian judicial system is highly politicized, and that the officers in control of prisons have an unbridled desire not to abide by the law or even its formal procedures, and that they do not hesitate In telling the prisoners, "There is no law to protect you from us. You belong to us and we can do with you what we want."

It is worth noting that Shaath, one of the faces of the January 2011 revolution, and the coordinator of the Boycott, Divestment, and Sanctions (BDS) movement calling for a boycott of Israel in Egypt, was arrested in July 2019 on charges of provoking “turmoil against the state.” The authorities deported his French wife, Céline Le Brun, to Paris on the day they arrested him.

In April 2020, Shaath, the son of a prominent leader and former minister in the Palestinian National Authority, Nabil Shaath, was included in the Egyptian list of "terrorist entities and individuals", in a decision that was strongly criticized by non-governmental organizations and UN experts.