Yesterday evening, the Entertainment Makers Awards “Joy Awards” ceremony was held as part of the activities of the Riyadh Season in the Kingdom of Saudi Arabia. The ceremony witnessed a huge presence of celebrities from the Arab world and the world, in the fields of art and sports. 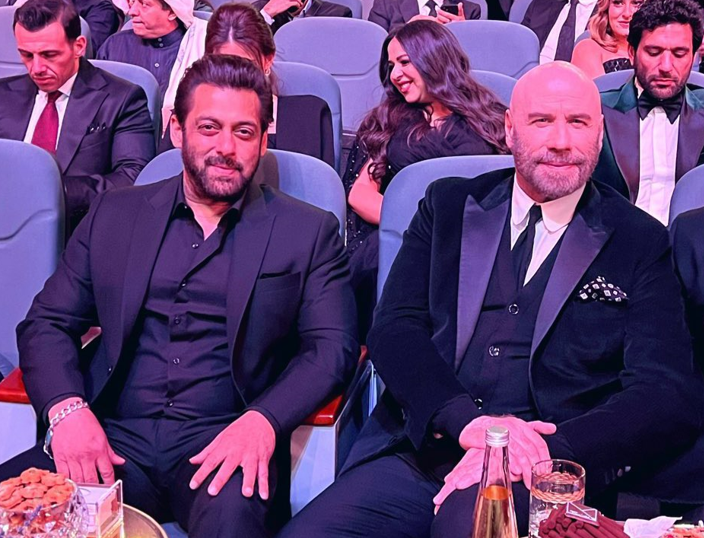 The Joy Awards were held yesterday evening, as part of the Riyadh Season activities in the Kingdom of Saudi Arabia, in the Riyadh City Boulevard area.

The ceremony witnessed a huge presence of celebrities from the Arab world and the world, in the fields of art, sports, media and entertainment.

The most prominent stars, and senior entertainment makers from around the world.. gathered in the heart of Riyadh.. in the largest ceremony to honor the makers of entertainment 😍 The #JoyAwards

party for the year 2022..distinguished in every detail ❤️#Riyadh_Season

The red carpet of the ceremony witnessed the appearance of American actor John Travolta, who was honored with an award bearing the name "A lifetime achievement".

Travolta sent a message to the Saudi youth, inviting them to continue dreaming, because what he saw is that their dreams turn into reality, according to his description.

A number of female singers, including Ahlam, Elissa, Asala and Nancy Ajram, also participated in the audience.

The stage of defining the works and names nominated to win the “Joy Awards” began on October 20, ending up with 4 candidates for each category, and yesterday the names of the winners in each category were announced based on the selection of the audience, which the organizers of the ceremony described as “the decision-maker.” ", by voting through an application of the same name "Joy Awards".

The application allows the participant to vote to choose a winner in 13 categories of the award, which included various fields such as cinema, drama, music and sports.

person of the Year

The award for Person of the Year was won by Bollywood star Salman Khan, who spoke about the journey of his life that has gone by leaps and bounds since he started acting until today.

The organizers paid a special tribute to the late artists Samir Ghanem and his wife Dalal Abdel Aziz, and as soon as the two sisters, Donia and Amy Samir Ghanem, rose to the stage, their tears fell after watching a touching video about their late parents.

Donia said in press statements that she still cannot get out of the state of sadness in which she is living, but she cannot be absent from attending the honoring of her parents at the ceremony.

While the Lebanese singer Elissa performed the song "Helwa Ya Baladi", a duet with the late French singer of Egyptian origin, Dalida, through the "hologram" technique.

Ramez Jalal won the award for the most watched program, and the Egyptian artist prostrated thanks to God, expressing his gratitude for being honored with this award, and dedicating the award to his son.

Prince of Tarab Abdul Majeed Abdullah is honored with the Honorary Entertainment Makers Award.. in the largest ceremony of its kind in the Arab world #JoyAwards 🎤✨# Riyadh Season pic.twitter.com/jt5Aqzte1u

The singer Ahlam also performed a duet with the Saudi singer Sawsan Al-Bahiti to support Arab women, and the Saudi artist Mohammed Abdo sang the song "Abaad", and Hani Shaker sang "On the Dahka", and Kazem Al-Saher presented "Love Me".

The ceremony also witnessed a number of live artistic performances on the stage, which included many celebrities in different fields.