Coupe de France: Nantes slips into the quarters on a double from Blas

Nantes qualified for the quarter-finals of the Coupe de France by defeating Brest 2-0 thanks to a brace from Ludovic Blas on Friday at the Beaujoire stadium. 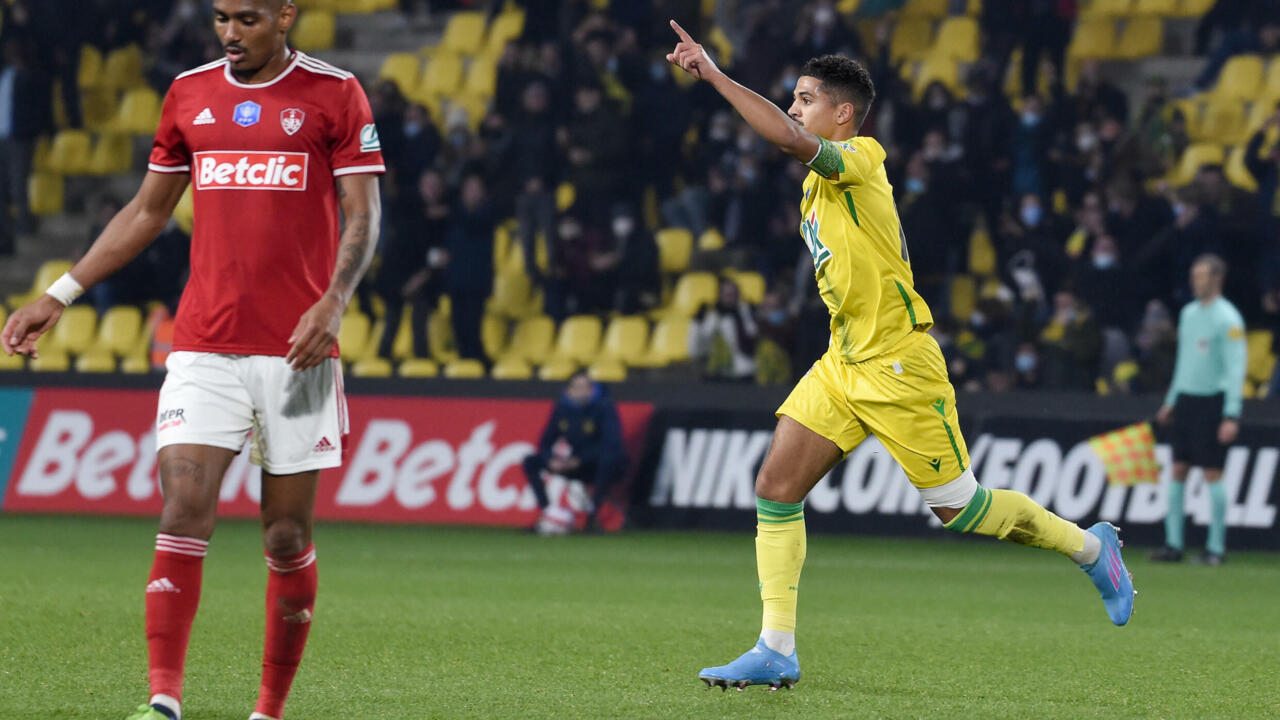 Aligned almost with their typical team, the Nantes people quickly imposed their pressing and their rhythm, pushed by an audience still reduced by sanitary measures but very reactive.

Opposite, Michel Der Zakarian had promised not to give a gift to the club where he spent fifteen years, as a player then a coach, even if Brest never shone in the cup, with only two quarter-finals in his awards (1983 and 2015).

In the absence of Romain Faivre, injured in the adductors according to the club, in discussion for a transfer to Lyon according to several media, Brest struggled to bring out the balls and find their attackers, in particular the Uruguayan Martin Satriano, just landed from Inter Milan for the end of the season.

Nantes midfielder Ludovic Blas scores one of his two goals in Nantes' victory, 2-0 against Brest, in the round of 16 of the Coupe de France, on January 28, 2022 at the Stade de La Beaujoire Sebastien SALOM- GOMIS AFP

"There is no photo, they were stronger than us, they ate us in all areas. We did not see the ball, we did not win a duel, we did not exist from start to finish", cursed the Brest coach after the match.

At the reception, Blas spun deceive Gautier Larsonneur with a cross shot (1-0, 25th).

Appointed captain of this cup campaign, Blas, ideally served by Randal Kolo Muani, doubled the lead with a powerful strike from the right full axis, before running to kiss coach Antoine Kombouaré (2-0, 53rd).

The joy of midfielder Ludovic Blas (g), congratulated by his teammates, after his double in the victory of Nantes, 2-0 against Brest, in the round of 16 of the Coupe de France, on January 28, 2022 at the Stade of La Beaujoire Sebastien SALOM-GOMIS AFP

"I'm super proud of what the boys showed. The idea was to win consistently, and that's what we did. We were very strong behind and we were able to project ourselves," explained the Kanak coach.

"Now we have to consolidate that, we know that it's fragile," he recalled.

When he arrived almost a year ago, the Nantes people had just been pitifully eliminated by Lens in the Coupe de France (4-2), for their 16th game in a row without a win, led from a distance by a confined Raymond Domenech and already fired.

Since then, the Canaries, who were heading straight for relegation, have snatched their retention in the elite and are in 9th place in Ligue 1, 3 points from a European place.

And now two matches from the Stade de France.