“A round of propaganda hysteria”: why Germany allowed the imposition of sanctions against Nord Stream 2

Berlin is ready to impose sanctions against the Russian Nord Stream 2 gas pipeline in the event of Russia's "invasion" of Ukraine, said German Foreign Minister Annalena Burbock. Germany has a “wide range of responses,” she said, including the pipeline. Burbock also stressed that "the resumption of hostilities against Ukraine" would have "enormous consequences" for Moscow. Earlier, the State Department assured that if the Russian Federation "invades Ukraine, the energy project" will not move forward. Experts explain such rhetoric of the head of German diplomacy by the strong influence of Washington on official Berlin. According to analysts, the current German cabinet is even less independent in terms of foreign policy than the previous composition of the German government. 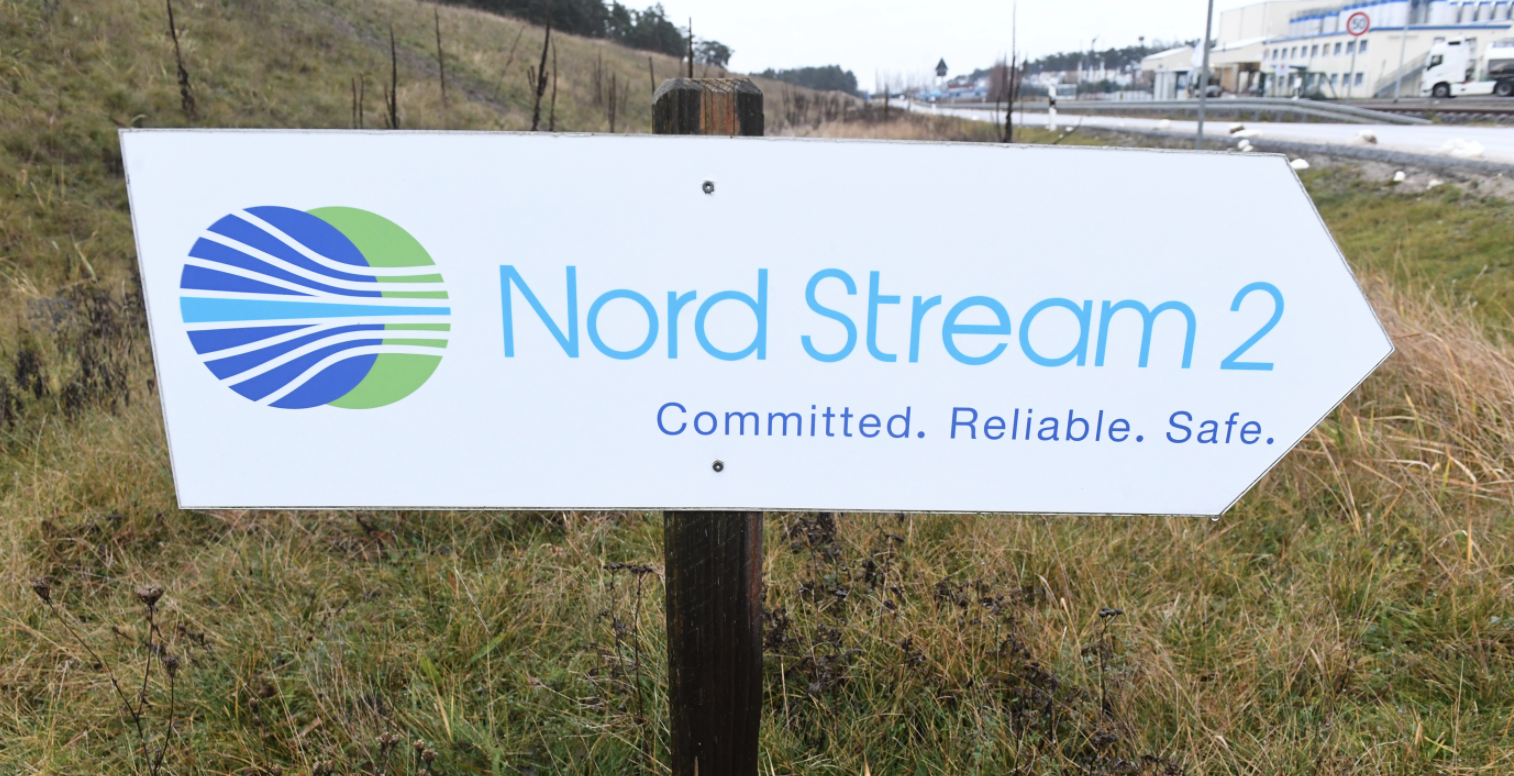 German Foreign Minister Annalena Berbock said that Berlin is ready to impose sanctions against the Nord Stream 2 gas pipeline in the event of Russia's "invasion" of Ukraine.

“In the event of a resumption of aggression, we have a wide range of responses at our disposal, including Nord Stream 2,” she said, speaking in the Bundestag.

According to Burbock, Germany and its allies "have made it clear and unequivocal that the resumption of hostilities against Ukraine will have enormous consequences for Russia."

“When hundreds of thousands of soldiers, tanks and guns are drawn to the Ukrainian border without good reason, it’s hard not to perceive this as a threat,” she said.

Recall that the West accuses Russia of preparing plans for an "invasion" of Ukraine, but Moscow rejects the intentions attributed to it.

According to Alexei Zaitsev, Deputy Director of the Information and Press Department of the Ministry of Foreign Affairs, by escalating the intra-Ukrainian conflict, some Western countries are trying "to quarrel the historically united peoples of Russia and Ukraine, as well as create a hotbed of instability in Europe, complicating relations between the EU countries and Moscow."

In turn, Burbock's words about possible sanctions against Nord Stream 2 were commented in an interview with RT by Igor Ananskikh, First Deputy Chairman of the State Duma Committee on Energy.

He believes that such restrictions will primarily have a negative impact on the economy of Europe and Germany itself.

“Russia will definitely find someone to supply gas to, this is not a problem.

But the lack of cheap gas will definitely hit the German economy,” Ananskikh said.

According to him, perhaps it would be necessary to clarify with the Germans themselves how the hypothetical refusal of the gas pipeline would affect them.

“I am sure that if a referendum is held, the vast majority of German citizens will say that it is much more important for them that they have cheap heat in their apartments and cheap gas at German manufacturing enterprises.

Nord Stream 2 has nothing to do with Ukraine," Ananskikh stressed.

Earlier, on January 26, the representative of the US State Department, Ned Price, also spoke about the future fate of Nord Stream 2.

According to him, the fact that the gas pipeline is not working yet is Washington's trump card.

“This is the trump card of Germany.

This is the trump card of the transatlantic community, because the gas is not coming.

Let's be clear: this is not Vladimir Putin's trump card," he said on National Public Radio.

- If Russia invades Ukraine one way or another, Nord Stream 2 will not move forward.

We want to make this completely clear."

However, in anticipation of this statement by the American side, German Chancellor Olaf Scholz called on Western countries to consider what the consequences would be for themselves if sanctions were imposed against Russia.

As he noted in an interview with the Süddeutsche Zeitung, no one should have any illusions that if such measures are taken, then this will not affect the states of the West, including Europe.

At the same time, in Germany and Austria, some politicians spoke out against imposing restrictions on Nord Stream 2.

Thus, the Prime Minister of Bavaria, Markus Söder, noted that measures to close the Nord Stream 2 project or stop all gas supplies from Russia would negatively affect Germany.

“Constant new threats and increasingly harsh sanctions against Russia cannot be a solution in and of themselves.

He also called Russia a "difficult partner" but "not an enemy of Europe."

In turn, Austrian Foreign Minister Alexander Schallenberg stressed that he did not consider the sanctions against the gas pipeline to be the right decision.

Nord Stream 2 has not even been put into operation yet, he said.

“How can you believe that he can be part of the threat is simply incomprehensible.”

Schallenberg also said that Europe "to a certain extent" depends on energy from Russia.

“We cannot change this overnight if we want to receive heat and electricity,” the minister said.

According to experts, the current head of the German Foreign Ministry and at the same time a functionary of the Green Party, which often represents Washington's interests in German government circles, in this case "plays along with the United States and the West" in their hysteria around the notorious "Russian invasion".

“The Green Party, to which Burbock belongs, has strong ties to the US.

Against the backdrop of aggressive statements and actions on the part of NATO and Washington, an extremely difficult situation has developed: we are talking about a new and very dangerous round of propaganda hysteria.

And one of its central facilities was Nord Stream 2, ”said Dmitry Evstafyev, professor at the Higher School of Economics, in a commentary on RT.

According to him, Berlin is now in a difficult position, as evidenced by "some inconsistencies" in the statements of the German authorities.

“On the one hand, the current political elite of the FRG and the top of the government are extremely dependent on the position of Washington, on the other hand, Berlin wants to control the course of events, preventing situations where the FRG would be openly under the control of the United States,” Evstafiev said.

In his opinion, Berlin is playing "good and bad cops" with Moscow.

“Scholz is more like a good law enforcement officer, and Burbock, due to his political permissiveness, especially in relation to Russia, is a bad policeman.

But Moscow will not fall for this, it is building a dialogue with the West as a whole, although this conversation is clearly not working through no fault of the Russian Federation.

And Nord Stream 2 is here as a hostage of the situation, ”said Evstafiev.

At the same time, he believes that Germany should not exclude any measures directed against the gas pipeline.

“It is possible that the German political elite, in pursuit of the propaganda of the United States and other Western states, this time will shoot itself not in the foot, but in the head,” Evstafyev said.

In turn, Oleg Nemensky, a leading researcher at the Russian Institute for Strategic Studies, noted in an RT commentary that in the situation around Nord Stream 2, Berlin is now being actively pressured by its NATO partners and Kiev.

Recall, in particular, that the head of Naftogaz Ukrainy, Yuriy Vitrenko, called on the German government not to allow Moscow to “perform legal tricks and disregard European norms and laws” in the situation around Nord Stream 2.

“In recent days, the West and Ukraine have directly begun to accuse Berlin of betrayal.

Under these conditions, Germany must make some statements that would help her save face before the allies.

This does not oblige the FRG to anything yet, but it allows you to somehow justify yourself, ”said the leading researcher at the RISS.

At the same time, from his point of view, the current German government is even more dependent on the United States than the previous composition of the German Cabinet.

“He has less autonomy.

This, in particular, is evidenced by the statements of Burbock, as well as other German politicians, especially the Greens.

It all comes down to the fact that, being the leading economy of the EU, Germany is increasingly fulfilling the political will of Washington, although sometimes it tries to free itself from this influence, but to no avail, ”concluded Nemensky.