Iran renews its adherence to guarantees and lifts sanctions, and Washington warns that time is running out for opportunities for the nuclear agreement

Iran said that the ongoing talks in Vienna on the nuclear deal have made progress despite the existence of outstanding issues, reiterating its adherence to providing guarantees and lifting US sanctions on Tehran. 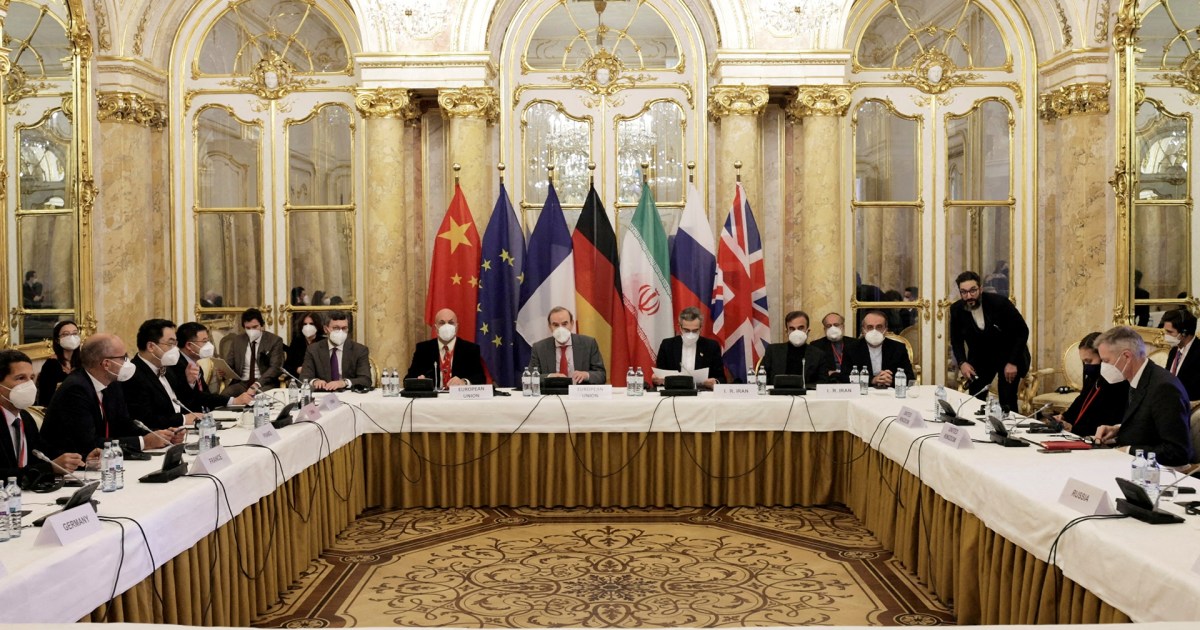 Iran said that the ongoing talks in Vienna on the nuclear deal have made progress despite the existence of outstanding issues, reiterating its adherence to providing guarantees and lifting US sanctions on Tehran.

In a briefing to the National Security and Foreign Policy Committee of the Iranian parliament, Iranian Foreign Minister Hossein Amir Abdollahian stressed his country's desire to obtain comprehensive real guarantees and verify the lifting of sanctions.

These statements come after Washington renewed its warning that time is running out for the chances of a nuclear agreement with Iran.

The most effective method

For its part, the US State Department said that time to reach an understanding in Vienna was almost over, given the pace of Iran's nuclear progress.

However, US Secretary of State Anthony Blinken said - in a press conference in Washington with Kuwaiti Foreign Minister Sheikh Ahmed Nasser Al-Mohammed Al-Sabah - that the nuclear agreement remains the most effective way to ensure that Iran cannot develop a nuclear weapon.

Blinken added that his country "appreciates Kuwait's support for a mutual return to compliance with the Iranian nuclear agreement, because it is the most effective way to ensure that Iran cannot develop a nuclear weapon."

"We are very grateful to the State of Kuwait for closely coordinating through places such as the GCC Working Group and Iran, where we have stood together against Tehran's destabilizing actions in the region," he said.

Earlier on Wednesday, Iranian President Ibrahim Raisi said that there is room for achieving any agreement "if the unjust sanctions are lifted from the Iranians", after Washington expressed its willingness to communicate directly with Tehran over the nuclear file negotiations.

Raisi stressed that his country will continue negotiations to activate the nuclear agreement, but it will not link all issues with it.

For his part, Secretary of the National Security Council Ali Shamkhani said that communication between the Iranian and American delegations in Vienna so far has been through the exchange of unofficial documents.

Shamkhani added - in a tweet on Twitter - that there was no need to change this method of communication, and that this method would not change unless there was the possibility of obtaining a good agreement, as he put it.

The United States had earlier expressed its willingness to meet directly with the Iranians, considering this the best way to negotiate the nuclear file, according to the US State Department.

In response to a question by Al-Jazeera, the US State Department stated that the direct meeting with the Iranians opens a greater scope for communication, considering that the time to reach an understanding in Vienna has almost run out, given the pace of Iranian nuclear progress.

British Foreign Secretary Liz Truss has warned that talks aimed at reviving the nuclear deal are approaching a serious impasse.

And the British minister added - the day before yesterday, Tuesday in Parliament - that these negotiations are urgent, and that the progress they are making is not fast enough, and she said, "We continue to work in close partnership with our allies, but the negotiations are beginning to head into a serious impasse."

For months, Tehran and the forces still included in the 2015 agreement have been negotiating to revive the agreement, which the United States unilaterally withdrew from in 2018, re-imposing sanctions on Tehran that prompted it to retreat from basic commitments it was included in.

Washington participates indirectly in the talks, and the remaining parties to the agreement - namely Russia, China, France, Britain and Germany, as well as the European Union - coordinate positions between Iranian and American negotiators.