The "nights of the pigs": the parties that Hugh Hefner celebrated in the Playboy mansion in which everything was allowed

For decades, the Playboy Mansion was synonymous with Hollywood's wildest parties attended by Jack Nicholson, Woody Allen, the Rolling Stones, Pamela Anderson and... 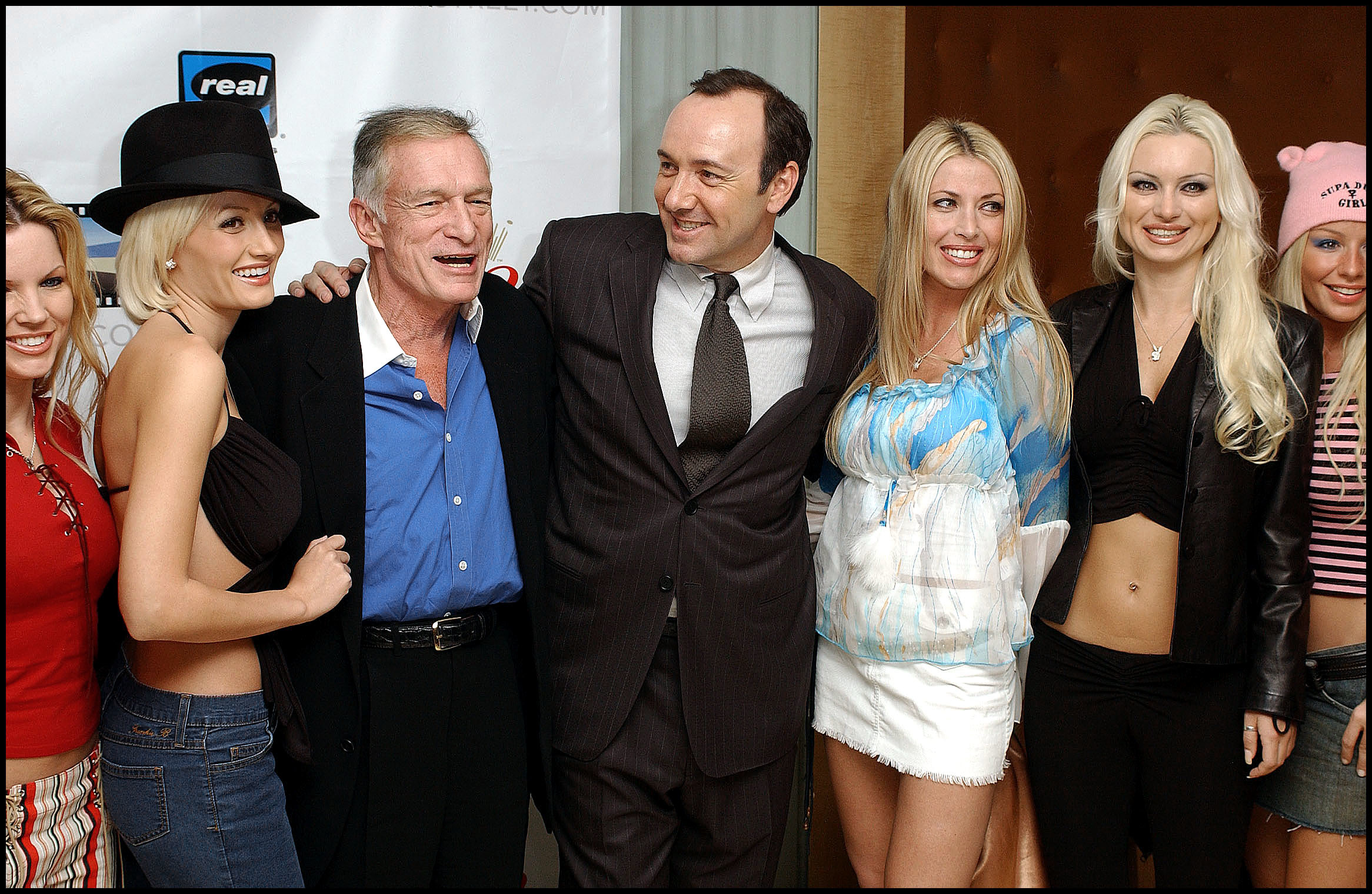 , and Will Smith, among other luminaries. And of course the

. An idyllic postcard in which

on his licorice gummies

and smoking marijuana. But behind the doors of the Tudor-style property located in the Los Angeles neighborhood of Holmby Hills, one of the vertices of the golden triangle next to Bel Air and Beverly Hills,

and past stories were hidden.

One of the most requested parties was

"the night of the pigs"

where once a week

others who by Hefner's standards were considered

and show business men who were looking for have fun without worrying about the paparazzi.

There were practically no limits.

Even girls were supplied with methaqualone for

There were even rapes.

The creator of Playboy, along with Kevin Spacey and some of his girls.GTRES

This has just been revealed by the TMZ portal, which in one of its installments of

The Secrets of Playboy,

ensures that the businessman of the adult magazine

without the consent of those involved while

he simply acted as a voyeur.

He had a couple of cameras hidden in his room whose images used to be seen on two large screens. While having sex, some of the girls were seen in the sequences. This has been confirmed

by one of the ex-girlfriends

of the millionaire publisher, Sondra Theodore, who for a time was

one of his favorite bunnies.

Those recordings were kept in a secret room just in case. Hefner had enemies and wanted to protect his interests.

One of the most unpleasant moments is confessed by

when she says that she was forced to have oral sex with a German shepherd while the rest had a great time.

says the protagonist of the classic

The mansion was a golden prison.

The telephone lines were tapped, all the rooms were monitored and the bunnies could not roam freely.

Hefner's former personal assistant, who currently works as a sculptor, Stefan Tetenbaum, even confessed to

that on some occasions

they were sent to hospitals for surgery and removed from the circuit to be replaced by other stunning beauties and also agreed with the maids to properly sanitize the sex toys.

the mansion was bought by his neighbor,