The French newspaper Le Monde deals with Russia's escalation in Ukraine, and asks: Will Moscow choose a massive military attack, targeted strikes, a lightning incursion, or support for a major attack by Donbass separatists? 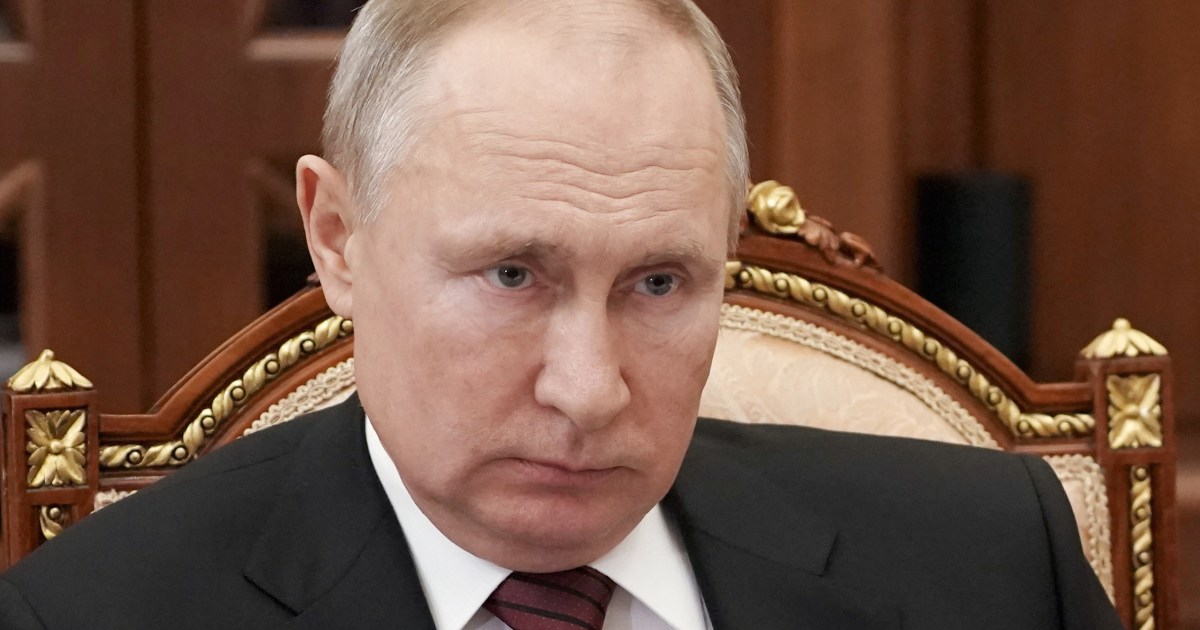 The French newspaper Le Monde sees that the Russian public space is characterized by a degree of hysteria when it comes to relations with the West, and tension with the intensification of the crisis with it. Will Russia choose a massive military attack, targeted strikes, a lightning incursion to reduce Ukrainian capabilities, or support for a major attack by Donbass separatists, or Will it be satisfied with diplomatic escalation and electronic manipulation?

Le Monde (Le Monde) said in a report to its Moscow correspondent, Benoit Vitkin, that no one knows the exact price that Russian President Vladimir Putin wants to pay to achieve his goals, nor the settlements he will accept, because ambiguity is one of Moscow's tools in negotiations.

And because everything is in the hands of one man - as the newspaper says - all possibilities exist, especially as Putin warned that the possible failure of the negotiations could push Russia to take a "military-technical response, which was determined after consulting with military experts."

The only certainty - as Vitkin says - is that the status quo is not an acceptable option for Russia, and therefore the Russian side said this time quite clearly that it wanted specific answers to specific demands, unlike the previous show of force in the spring of 2021, when Russia was only seeking to reassert its position facing Washington.

Moscow believes that time is not on its side, because Putin wants a "final" settlement of an issue he sees as essential to the legacy he will leave with regard to Ukraine, and he believes the cost of inaction is higher than escalation.

Rob Lee, an analyst at the Foreign Policy Research Institute, says the Kremlin has every reason to believe that "Ukraine will remain hostile over time and as its military power increases, so military escalation will be more costly in the future than it is now."

An expert close to conservative circles, Sergei Karaganov, believes that Russia will benefit from taking the initiative on its own terms rather than allowing a new recurrence of June 22, 1941, when the Nazi attack surprised the Soviet Union, and the goal is to limit the spread of NATO, especially since Russia Today it is stronger and more ready to fight than the Soviet Union then.

Although Western capitals have been using the term "invasion of Ukraine" for several weeks, the possibilities of Russian intervention - according to the author - are more diverse, but the cost of such work, in terms of isolation, new sanctions, and the necessity of retaining vast areas that the army may occupy in the face of a modern Ukrainian army to With a large and hostile population, this may be another factor Putin must consider, and it will also be difficult to take responsibility for what the images of bombed Ukrainian cities will leave.

Although Russian observers deny the scenario of a major invasion, the former diplomat and commentator Vladimir Frolov notes nonetheless that "diplomatic negotiations were aimed from the beginning to failure, and therefore military means were clearly directed towards Kiev."

The reporter noted that there are other less ambitious military scenarios, such as targeted strikes or a lightning incursion in order to reduce Ukrainian capabilities or support a major attack by Donbass separatists. In the cyber field, the recent attack on institutional sites in Kiev is a warning, but it remains To know the impact of these limited measures on the strategic directions of Ukraine in the long term.

The Le Monde report adds that the Russian response could also be diplomatic, as Foreign Minister Sergei Lavrov refused to rule out recognizing the unilaterally declared independence of the republics of Donetsk and Luhansk, and pointed to the possibility of opening military bases in the Allied countries in Latin America.

The reporter concluded with the opinion of an expert close to the authority, Fyodor Lukyanov, who believes that the Kremlin's next step will not be decisive, but rather an "intense show of force", with the aim of increasing pressure during future negotiations, noting the possibility of deploying nuclear weapons in new regions, or a wide deployment of forces in Belarus. Under the cover of the exercises announced next February.