Inflation is expanding globally... Are there solutions to stop it?

The current wave of inflation points to a major crisis that many countries are struggling to curb, which is a great consolation for Americans who are suffering from the highest inflation rate in 40 years. 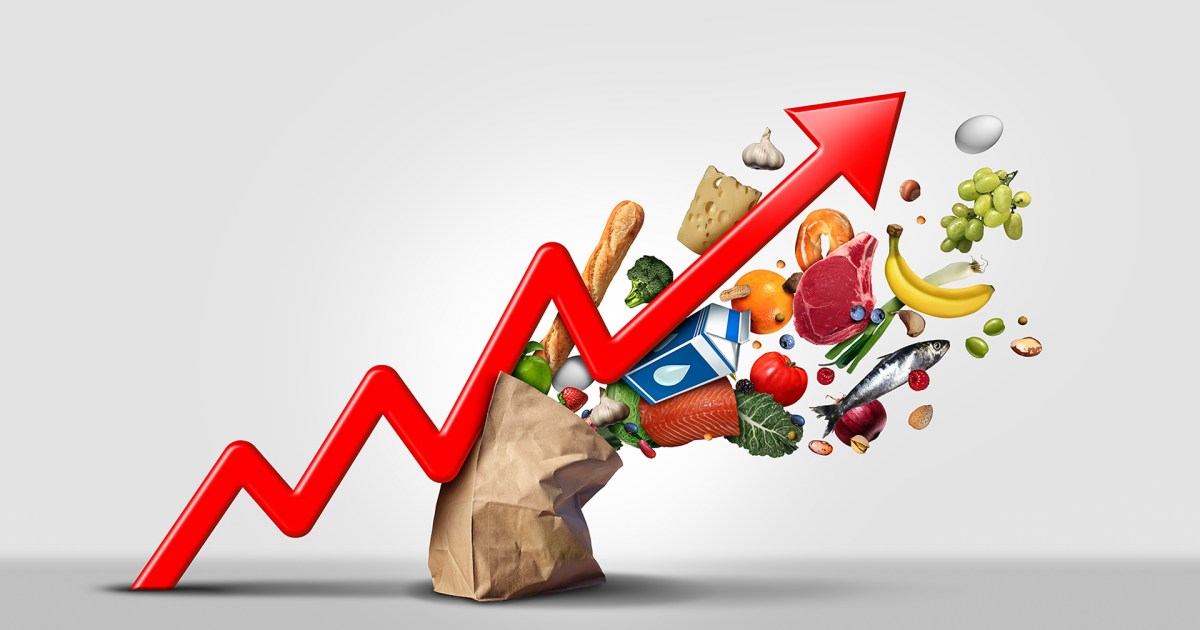 The current wave of inflation points to a major crisis that many countries are struggling to curb, which is a great consolation for Americans who are suffering from the highest inflation rate in 40 years.

In a report published by the American newspaper "Washington Post", writer David J. Lynch says that prices are rising faster than at any time since the introduction of the euro currency into the European Union. The annual inflation rate in the United Kingdom reached 5.4% in December. The first is last, which is twice as high as it was before the epidemic.

Even in Japan, where prices have fallen almost continuously since the collapse of the property bubble in the late 1980s, its central bank has in recent days revised its assessment of inflation risk upwards for the first time in 8 years, noting that among all major economies;

Only China has a low inflation rate compared to early 2020.

The writer points out that high prices are an advantage for economic recovery in the era of the epidemic, which prompted some central banks to focus on combating inflation, and the report said that this new focus constitutes the post-financial crisis of 2008, which witnessed the emergence of new global forces, such as the rise of commodity chains. Cross-border supply and the declining bargaining power of workers, which kept inflation at a stable level.

The writer shows that with factories booming at different rates around the world, the mismatch between the goods produced and those customers want to buy helps drive up prices.

According to research by the BlackRock Investment Institute, long-term trends such as increased protectionism among countries, rising Chinese labor wages, and adjustment to a low-carbon economy will put upward pressure on prices in the coming years.

According to the author, the US Federal Reserve (the US central bank) is balancing many complex global and domestic factors, while preparing to tackle inflation of 7%, which represents the highest rate among all major economies.

The faltering global supply chains plaguing ports in Rotterdam, Shanghai and Los Angeles are driving up prices around the world, which is doing so by increasing the costs of basic commodities, such as food and energy.

Last year, global oil prices rose more than 55 percent, the use of nickel in automobiles and aerospace increased by 27 percent, and the price of coffee nearly doubled, stressing that such increases affect consumers everywhere, including in the United States.

According to the Bureau of Labor Statistics, import prices over the past year, especially food, fuel and industrial parts, have risen by more than 10 percent, the largest increase since 2007.

Side effects of recovering from corona

In response, major US companies are raising retail prices. Procter & Gamble, the maker of Tide laundry detergent and Ponte paper towels, told investors last week that rising commodity costs represented 2.3 The company said that raising prices across all 10 of its product categories boosted profits by $300 million.

For their part, White House officials have described inflation as a side effect of the robust recovery from the pandemic, which should subside in the second half of this year.

“With this pandemic, the consequences of inflation and rising prices have affected your spending,” President Joe Biden said at a meeting last Friday.

The writer explains that the US administration has taken a number of measures to confront inflation, including the approval by Congress of about 6 trillion dollars in financial support for Americans at the beginning of the pandemic, as the net wealth of the American family has increased since the end of 2019 by about 28 trillion dollars, according to Federal Reserve data.

And about the aspects of American spending during the period of working from home, the writer says that millions of Americans spent their money on restaurants, cinemas and the purchase of durable goods, which witnessed a significant increase in demand rates, which led to an increase in the prices of durable goods by 16.8%, more than 4 times the increase in services such as eating out at restaurants, getting a haircut, or getting medical attention.

As for outside America, the writer quoted the International Monetary Fund that rising fuel costs in sub-Saharan Africa led to a rise in the cost of fertilizers, which led to a rise in food prices, which constitute 40% of consumer spending, while overall inflation in the region jumped in Last year from 6% to 9%.

In Europe, job retention policies have prompted employers to keep their workers employed, even though their pay is usually not full, which has kept European consumption low, Lawrence Boone, chief economist at the Organization for Economic Co-operation and Development, said in a letter. She dumped it last week.

Lawrence added that energy prices "represent the biggest driver of inflation in the euro area, due to the weather, low gas reserves and reserves, delayed maintenance in infrastructure, lack of sufficient investment, especially in renewable energy sources, geopolitics, and these issues cannot all be resolved." Quickly".

The writer considers that the fight against inflation represents an arduous path for financial markets.

As central banks are reducing their purchases of assets and starting to raise borrowing costs, noting that the Bank of England last month became the first central bank in the Group of Seven countries to raise interest rates, while economists expect the US Federal Reserve to follow suit next March. This negatively affected the US stock markets.

The author argues that fighting inflation is an arduous path for financial markets, as central banks reduce their asset purchases and start raising borrowing costs.

The US Federal Reserve is heading towards a tighter monetary policy whose effects extend beyond the borders of the United States, which is what Chinese President Xi Jinping warned of last week, in a hypothetical speech to the World Economic Forum, as he said, “If the major economies take a turn in their monetary policies, there will be repercussions It will be a serious negative, and it will pose a challenge to global economic and financial stability, and will be the greatest burden on developing countries.”

The writer shows that the policy of raising interest rates was pursued by a number of central banks in the world, such as the banks of Mexico and Hungary, which raised interest rates last month, while the Bank of Russia raised them for the seventh time in 2021.

As the economy slows and concerns grow about the impact of the omicron mutation on the turmoil in the debt-laden real estate sector.

The BlackRock Investment Institute believes that some of the international effects on inflation are temporary, there will be a solution to supply chain disruptions, and the “Covid 19” disease is expected to fade away, and other global inflationary forces are likely to be permanent.

The author concludes the report by listing a number of factors that may lead to an increase in inflation, such as:

According to the author, these are the factors that experts expect to raise global inflation by a range of 1.8% to 2.5% in the coming years.