Egypt beat Côte d'Ivoire (0-0, 5 pens to 4) for the ninth time out of ten at the African Cup, Wednesday in Douala, the excellent Mohamed Salah transforming the shot on goal which sends his team… 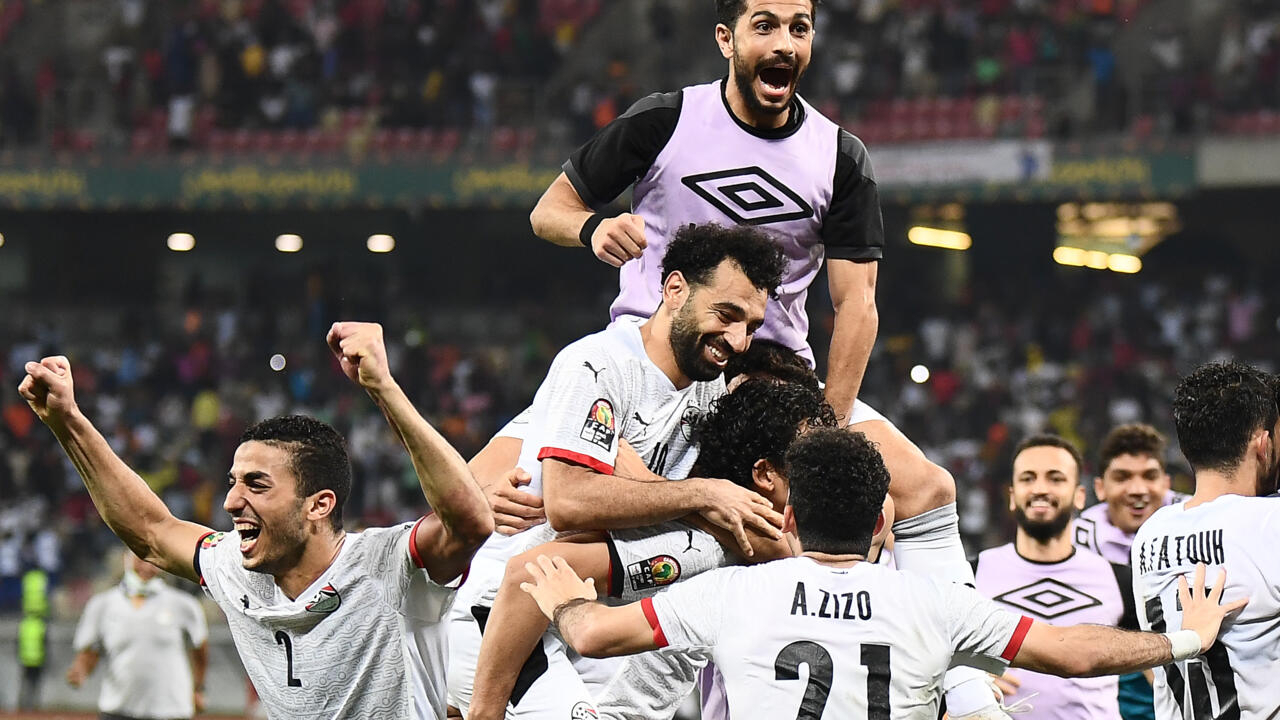 For the third time out of three the "Elephants" have lost a penalty shootout against Egypt, after the 2006 final and the quarter-final in 1998.

The Ivorians, after their defeat against Egypt (0-0, 5-4 on pens) in the round of 16 of the African Cup of Nations, on January 26, 2022 in Douala (Cameroon) CHARLY TRIBALLEAU AFP

The story was meant to end with a hero substitute guardian.

Either Mohamed Abou Gabal dit Gabaski, who replaced the injured Mohamed El Shenawy in the 88th minute, or Badra Ali Sangaré, established at the start of the tournament after Sylvain Gbohouo was suspended for doping control.

The Egyptian Gabaski picked up Eric Bailly's too soft shot, and Salah was able to transform the tenth "peno", after a spectacular meeting, with match points on both sides.

The joy of Egyptian striker Mohamed Salah, after scoring the decisive shot on goal against Côte d'Ivoire (0-0, 5 pens to 4) in the round of 16 of the African Cup of Nations on 26 January 2022 in Douala (Cameroon) CHARLY TRIBALLEAU AFP

If the Reds star did everything, he sometimes seemed like a badly set jewel in his team, less well surrounded than in Liverpool, seeing his poorly exploited passes and poorly served calls.

A solo from Salah on the right side, where he takes on the entire Ivorian defense, was wasted by Amro El Soulia, who struck above (51st).

A little later, it was Mostafa Mohamed who spoiled the work of his captain, a oriented control of the chest, by measuring his share of the one-two badly (76th).

Salah played like a leader, until his tackle on Nicolas Pépé who spun against in the 120th minute.

Despite the absence of a goal, the two teams put on an exciting spectacle for the penultimate match on the damaged lawn of the Japoma stadium.

CAF announced during the match that two matches of this stadium were moved to Amadou-Ahidjo, in Yaoundé.

It is not sure that the pitch should be blamed for this, but several players were injured during this match.

Ivory Coast lost their leader Franck Kessié, even before half an hour of play, replaced by "the old" Serey Dié (30th).

On the Egyptian side, midfielder Hamdy Faty came out in the 84th and goalkeeper Mohamed El Shenawy in the 88th, replaced by Gabaski.

Despite this lawn, the players offered many actions, a strike from Omar Marmoush on the crossbar (17th) then one from Salah under the bar, boxed by Sangaré (21st).

Egyptian striker Omar Marsmoush, during the round of 16 of the African Cup of Nations against Côte d'Ivoire, January 26, 2022 in Douala (Cameroon) CHARLY TRIBALLEAU AFP

The Elephants took the lead and in turn proved dangerous and created several chances, including this header from Sébastien Haller picked under the bar by Mohamed El-Shenawy (70th).

In overtime, the two teams continued to seek the knockout, with a huge opportunity each, for Ahmed Sayed "Zizo" (98th) and for Ibrahima Sangaré (104th).

Ivorian midfielder Ibrahim Sangaré beats Egyptian striker Mostafa Mohamed, during their round of 16 of the African Cup of Nations, on January 26, 2022 in Douala (Camerou) CHARLY TRIBALLEAU AFP