In a colony cottage and in a forest area in Värnamo, the police found large quantities of drugs. Three men in their 30s are now charged with drug offenses. 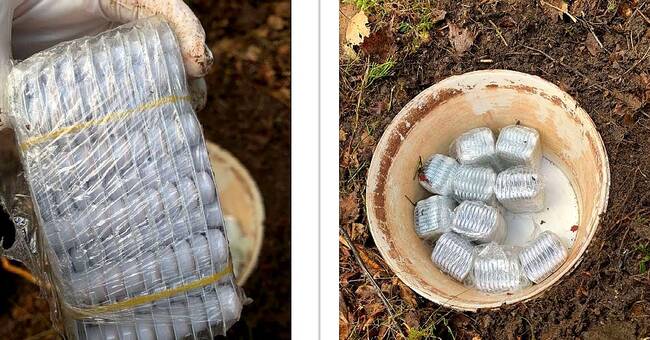 For several weeks before the arrest in March last year, the police had been investigating the two men who are considered to have been involved in the sale of drugs.

Among other things, the now accused men had several times gone to a colony cottage and then met with, for the police, known addicts in Värnamo.

Drug couriers were picked up by the police

The third man was able to arrest the police the same evening as the others were arrested when he wrote to one of the suspects' phone that he wanted to be picked up.

Instead, the police came.

The third man then had a bag with drugs with him.

The police have mainly found drug-classified tablets, including 3,800 tablets of tramadol.

Some were stored in the colony cottage, but there was also a buried bucket in a forest area in which the two men had hidden tablets.

Two of the men have made concessions.

The other man claims that he has nothing to do with the seizure and that he only sold cigarettes and headache tablets.