Couturier Stéphane Rolland: it was time to return to the parade

"It was time to return to the parade": after several seasons of artistic films, the Frenchman Stéphane Rolland brings his haute couture "rock" dresses to life at the Chaillot theater in front of more than 45… 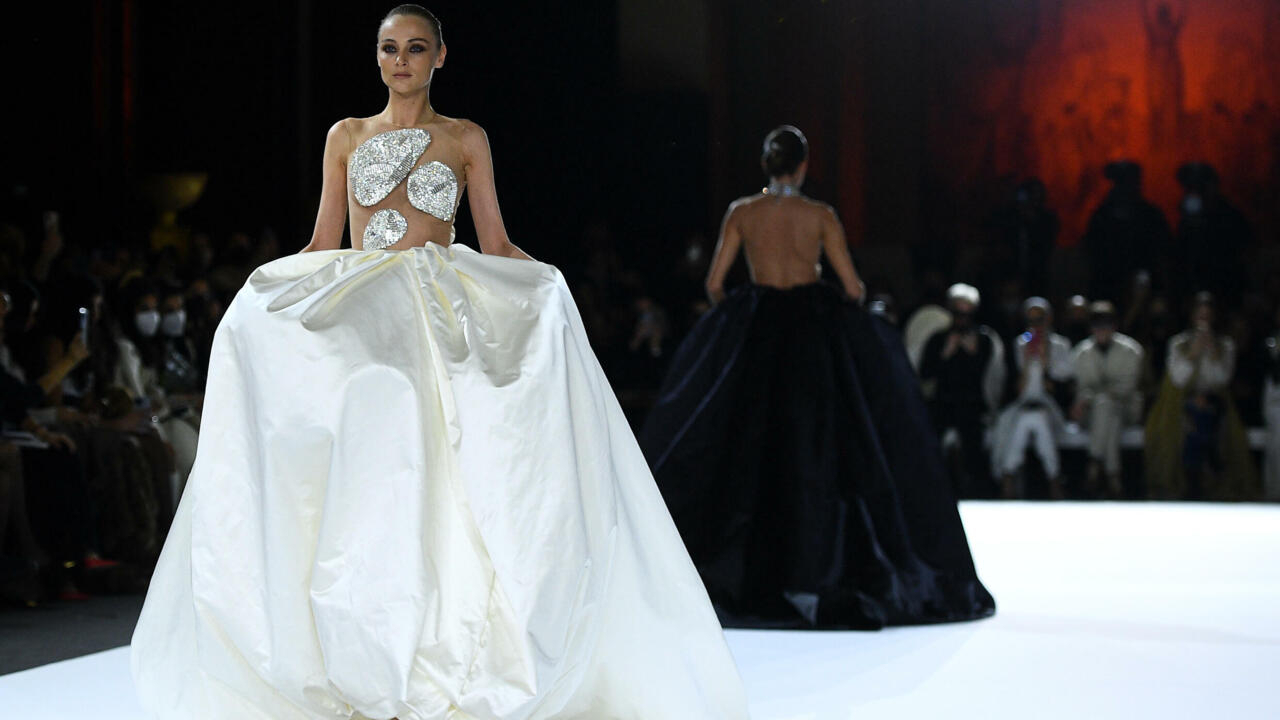 The show begins with a tribute to fashion designer Thierry Mugler, who died on Sunday, who pioneered show shows as we know them today and from which "each of us retains an emotion".

"It's good that it's back. It was about time," Stéphane Rolland told AFP in his studio, making the final touches the day before the show.

The movements of the muslin on the draped toga dresses hypnotize, huge hoods evoke a mystery, the bare backs that emerge from the sculpted volumes fascinate.

The oversized pebble jewels reflect the couturier's passion for stone and counterbalance the lightness of the fabrics: these "rock" dresses weigh nothing.

"We find my essentials with more sensuality, more lightness, like a new chapter", he summarizes.

In the midst of the Omicron wave, most of the participants in the Parisian haute couture week opted for the parades.

The Julien Fournié house, whose physical show was scheduled for Tuesday afternoon, gave up on it last week, for fear of creating "a Paris haute couture cluster".

"I hesitated for a long time, more out of ethics, telling myself it might not be serious and I said to myself + nobody is going to come, people are going to be afraid +", says Stéphane Rolland.

Many of its customers from the Middle East and Russia have indeed been able to travel to Paris, driving up the rate of mink and other real furs at a fashion event while luxury brands are giving it up one after another, Moncler being the latest on Tuesday.

Enthused by fashionistas' thirst for real spectacle, Stéphane Rolland also feels responsible for "a whole industry behind it" having suffered from the health crisis which has forced fashion to take refuge in the virtual.

"I saw certain companies in the process of collapsing, caterers, hairdressers... For the models, it was terrible. They are not supported by the State, in France we were extremely helped, but the girls who come from all countries have not experienced this at all and have found themselves in extremely precarious situations".

Some models selected during the castings were finally unable to parade, because they tested positive for Covid.

"It's unheard of, but I was very lucky: only four to five changes out of a cabin of 20 girls," he says.

"The Covid cases arrive overnight, you do a fitting and the next day the girl can no longer do the show because she has the Covid. Everything has to be redone, all the alterations have been made before. Withdrawals last minute are very complicated to manage", says the couturier.