New blunder or assumed skid? Joe Biden insulted a journalist on Monday, calling him an "asshole", in the hubbub of an end to a round table at the White House. 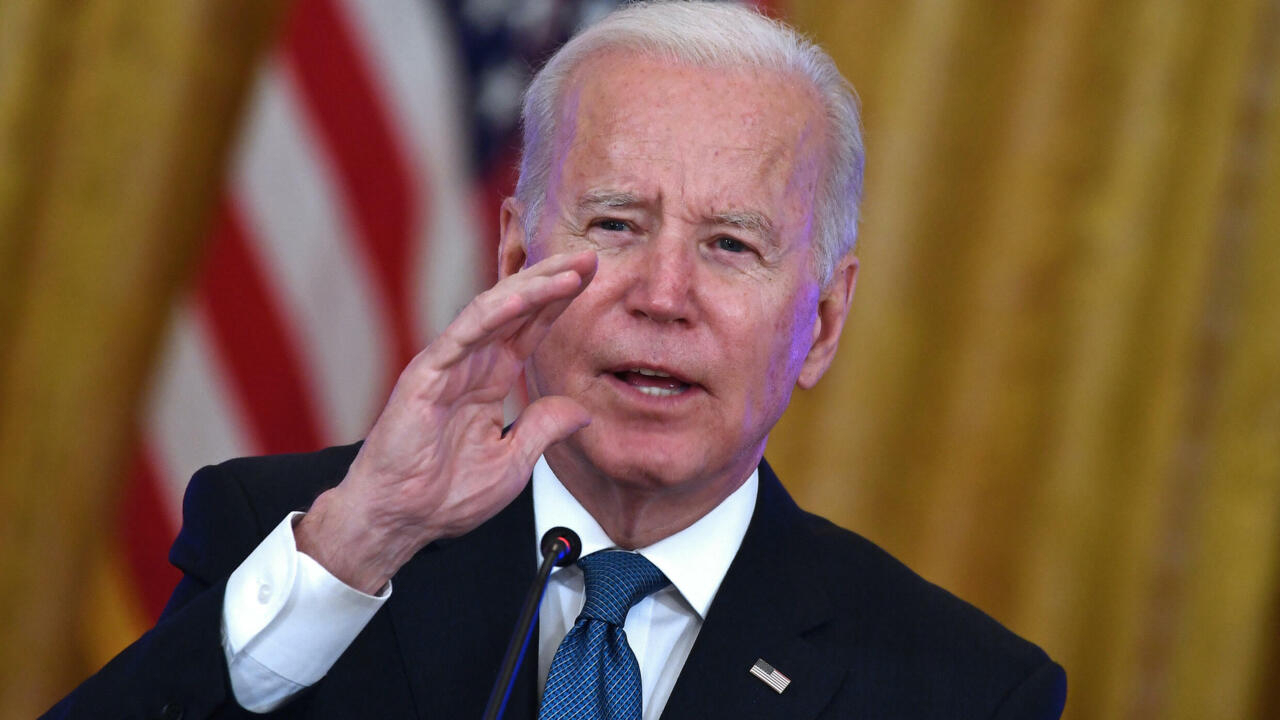 About an hour after the incident, the president called the journalist targeted by the insult, to assure him that there was "nothing personal" in his reaction, which surprised and sparked an avalanche of criticism.

Asked by a journalist from Fox News, the Conservatives' favorite channel, about the possibility that inflation constitutes a political handicap, the leader, speaking under his breath but without leaving the table, began by replying ironically: "It's is a great asset. No more inflation".

And to let go, thinking perhaps to have his microphone off: "You asshole".

The insult ("What a stupid son of a bitch") later appeared unaltered in the transcript of the meeting sent Monday evening by the White House.

This slippage is a new sign of the nervousness of the 79-year-old Democrat, faced with an anemic popularity rating and struggling to revive his presidency.

Inflation, at an unprecedented level in 40 years, is particularly affecting Americans less than ten months before the midterm elections, which promise to be particularly complicated for the Democrats.

Monday's exchange contrasts radically with the customary bonhomie of this president who has promised to reconcile America and usually avoids the excesses of language of his predecessor, Donald Trump.

Joe Biden was immediately bombarded with criticism from the Republican camp.

“So presidential,” tweeted the very conservative elected Josh Hawley sarcastically, while some of his colleagues ironically reproduced old calls for moderation from Joe Biden.

Known for the incisive tone of his questions, the journalist targeted by the presidential insult, Peter Doocy, took the situation with humor.

“No one has yet verified the veracity of his words,” he launched on his channel a few minutes later.

In the evening, Peter Doocy reported on Fox News that the president called him about an hour after the incident.

"He told me + There is nothing personal, friend +", said the journalist.

Last week, after a very long press conference during which he had promised to go into more contact with the Americans, Joe Biden had already expressed his annoyance by murmuring "what a stupid question", to a question launched by another Fox News reporter.

Approximate as he is sometimes, he had had vague remarks on Ukraine and the legitimacy of the elections, which had forced his administration to make clarifications.

His predecessor Donald Trump was regularly vilified for his verbal excesses and his diatribes against the media.

After a heated exchange with the Republican billionaire, a journalist from the CNN chain had his accreditation temporarily withdrawn from the White House.

Joe Biden's repeated missteps have, since the presidential campaign, regularly raised doubts about his mental fitness.

The majority of his voters, however, seem to forgive him for his blunders, deeming him sympathetic and authentic, and accuse the media of magnifying the controversies.