The Navy celebrates its 500th anniversary. To celebrate, the Admiralty Parish in Karlskrona handed over a newly written piece of music - which on Monday was performed by an orchestra in the church. 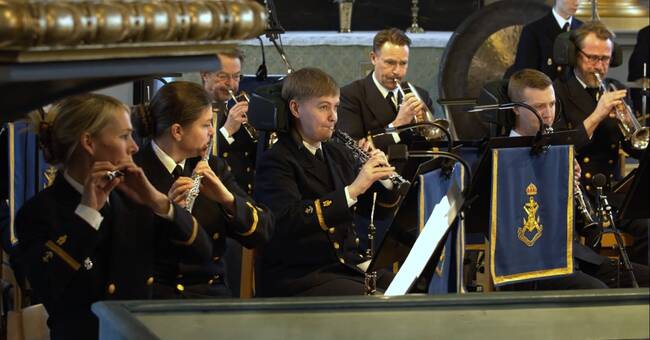 The Swedish navy was born in 1522, which means that the navy celebrates 500 years this year.

To celebrate the anniversary, the Admiralty Assembly therefore handed over a work by the composer Stefan Nilsson to Håkan Nilsson, head of the naval base, on Monday.

Among Stefan Nilsson's previous compositions is Gabriella's song from the film As in Heaven.

In the afternoon, a concert was arranged for a limited number of guests.

In the clip, the newly written work is performed by representatives of the Navy's music corps and the Admiralty Assembly.