Snow in the Cyclades Islands: Greece wakes up hit by a cold storm

Greece woke up this Monday trapped in the clutches of the Elpís storm that since the weekend has brought icy temperatures to the country that have reached 17 degrees... 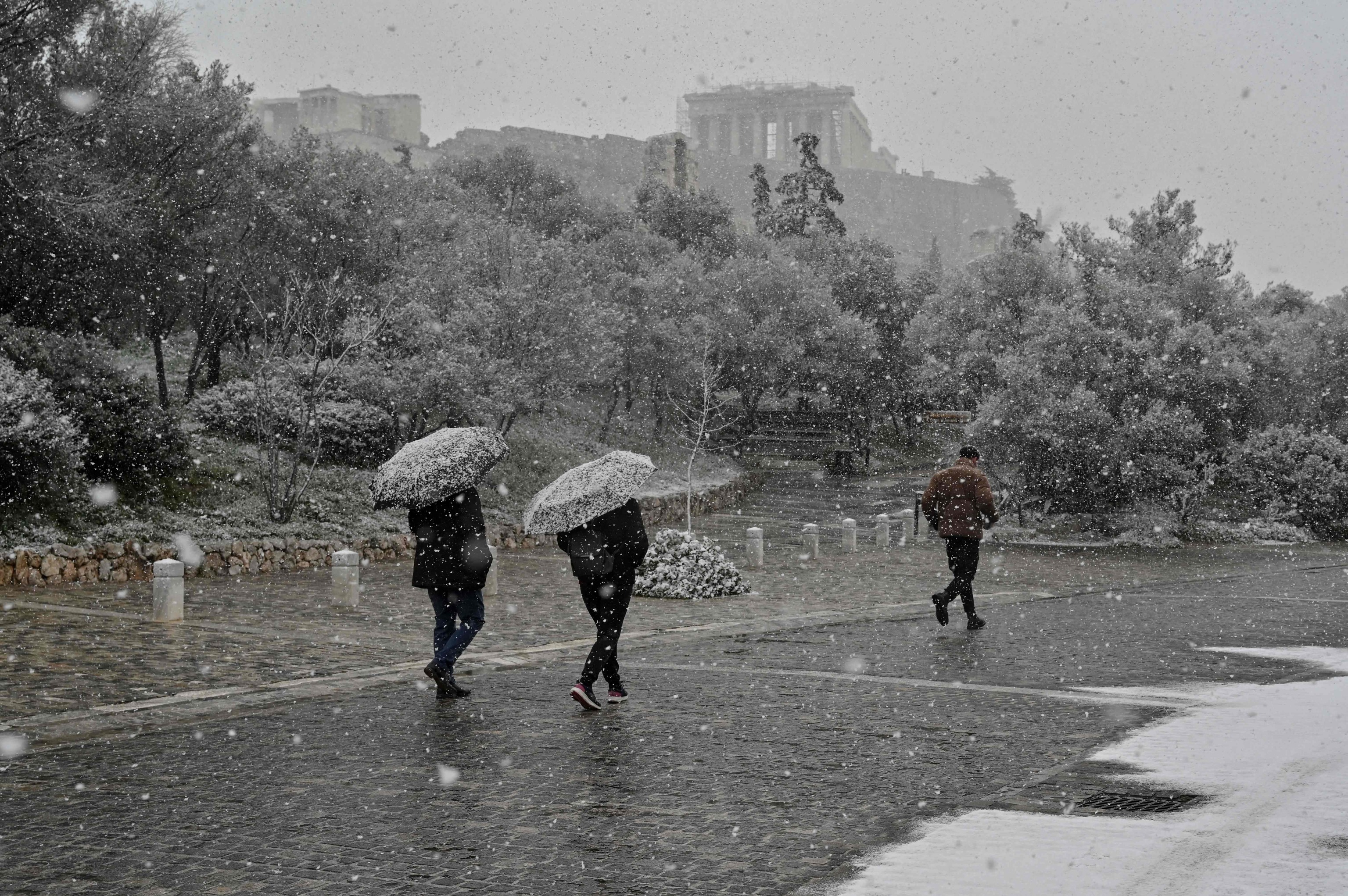 woke up this Monday trapped in the clutches of the

that since the weekend has brought the country icy temperatures that have reached 17 degrees below zero in some parts of the country and heavy snowfall throughout the territory, including the Cyclades Islands .

The storm has also reached the capital's Attica region, where the snow has caused chaos on the roads and in the center of Athens, with many

vehicles trapped in the snow

for not wearing chains.

Snowplows are working to keep main roads open in central Athens, a task that is most difficult on streets in the city's northern suburbs, where the most snow has fallen.

Schools in the Attica region and in many other parts of the country will remain closed today and tomorrow, giving a brief respite to the wave of Covid infections that affected 45,000 schoolchildren last week.

Civil Protection has sent an alert message to all citizens in the Attica region asking them to avoid any unnecessary movement.

In addition, commuter trains and the metro from Athens to the airport have been suspended.

According to the National Meteorological Agency (EMY in its Greek acronym), Elpís will continue to punish most of Greece tomorrow, Tuesday.

Heavy snow will persist tomorrow in Attica, the nearby island of Euboea and most of central and eastern Greece, including many Aegean islands, where gale-force winds will also blow.

In northern Greece the snowfall will weaken tomorrow but the frigid temperatures will remain.

According to weather forecasts, the storm is expected to begin to weaken in most of Greece from Thursday.

InternationalThe most impressive images that 2021 leaves us in the world

RelationshipsMiguel Angel Muñoz: talks about Mónica Cruz but not a word about Ana Guerra