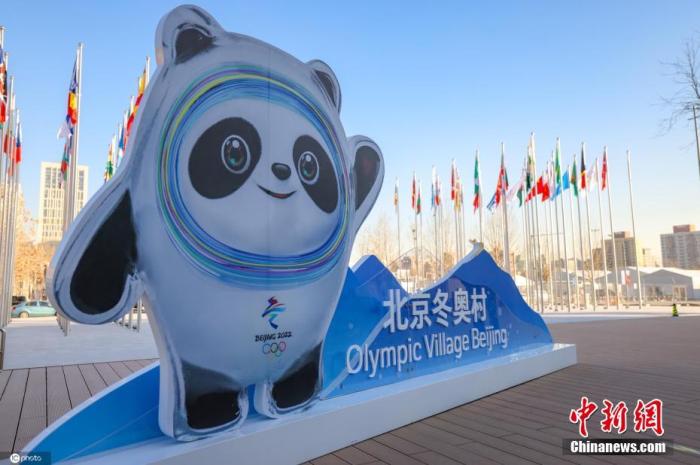 China News Service, Beijing, January 24 (Reporter Liu Dawei) The opening ceremony of the 2022 National Taiwan Federation's 28th Taiwan Compatriot Youth Winter Camp with the theme of "Celebrating the Winter Olympics and Facing the Future" was held in Beijing on the 24th.

This year's winter camp has set up branch camps in 25 provinces (autonomous regions and municipalities directly under the Central Government), as well as Taiwan, Hong Kong and Macao. It is expected that more than a thousand young Taiwanese compatriots will participate online and offline to experience the Beijing Winter Olympics and feel the pulse of the development of the mainland.

Offline visits were carried out in Beijing, Henan, Hubei, Chongqing and other places, leading Taiwan youth to visit the Winter Olympics venues, youth innovation bases, and Taiwan-funded enterprises to share development opportunities in the mainland and perceive the general trend of cross-strait exchanges and integration.

Chen Wencheng, a representative of mainland campers and a teacher from the Physical Education and Research Department of Peking University, shared his insights into volunteering at the Winter Olympics.

He hopes to share the grand occasion of the Beijing Winter Olympics and his story of engaging in cross-strait sports exchanges with Taiwan compatriots through his own eyes, his mouth, and his own pen.

Xiong Yi, the representative of the Taipei branch campers and the supervisor of the Taiwan Cross-Strait Youth Development Federation, said in an online speech that he has participated in the thousand-person summer camp held by the National Taiwan Federation for many times, and has forged friendships with many young friends from mainland China.

It is hoped that this winter camp will lead more Taiwanese youths to understand and observe the development status and experience of mainland Internet companies, and to explore their own opportunities and prospects in the mainland.

At the opening ceremony of the camp, Ji Bin presented the flag to the representatives of the branch camps in Taipei, Kaohsiung and Macau, and presented the flag of the winter camp to the head of the Liaison Department of the National Taiwan Federation.

After the ceremony, Ren Hui said in an interview with a reporter from China News Agency that he hoped that young friends in Taiwan can cross the narrow strait and come to the mainland to experience the history and culture of the same strain, and seek more development opportunities and encounters. to a better self.

The Winter Camp for Taiwan Compatriots Youth is a brand exchange program of the National Taiwan Federation.

It has been held for 27 sessions since 1989, and more than 6,000 young Taiwanese compatriots have participated.

The previous winter camps were held in Heilongjiang, Jilin, Liaoning, Hebei, Inner Mongolia and other provinces and regions, with the main contents of enjoying the northern scenery, observing the local customs, and experiencing ice and snow tours.