Finland has held a new kind of election at regional level for the first time. The opposition coalition party snatched the governing parties by the nose, but few were interested. 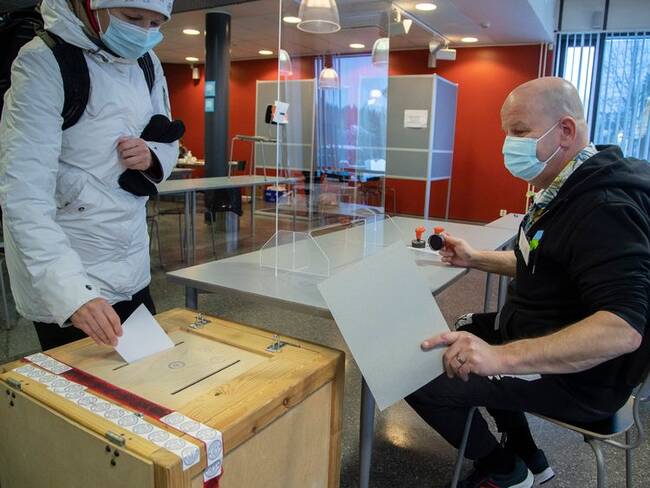 Since a major reform this summer, there are 21 so-called welfare areas in Finland, partly corresponding to Swedish regions, which will provide care and welfare, social services and rescue services, among other things.

In the very first election to these areas, the opposition Samlingspartiet became the largest, with just over 21 percent of the vote.

-Our message that economic realism will be needed and that people must get better service reached, says the leader of the bourgeois party Petteri Orpo when he announces victory, according to Yle.

This is followed by the Center Party and the Social Democratic SDP, both of which are in government, with just over 19 percent.

Rocked in the top three

According to Finnish media, Marin says she is pleased that Sunday's results were higher than the support her SDP received in the latest opinion polls.

It is also slightly higher than in the 2019 parliamentary elections.

Finland has traditionally had three strong parties that have been the major power players.

For the past ten years, the right-wing populist True Finns have been one of the three parties - but they are making a bottomless pit in the welfare area election, with only about eleven percent of the vote.

True Finns' new party leader Riikka Purra says that the party's voters do not like the health care reform itself, reports Hufvudstadsbladet.

She explains that her party mainly talked about immigration and the price of petrol before an election on welfare issues, saying that "there is no care without money".

The Center Party has climbed, climbed into the top trio in this election and became the largest in nine of the areas.

In fact, only 47.5 per cent of all those who could vote in Finland's first welfare area election chose to do so.

Petteri Orpo believes that it is sad and that it rejects the new model.

Prime Minister Marin shares his disappointment with the participation, but does not see it as if the welfare areas thus have a lack of democratic support.

The Swedish People's Party, which wants to represent the Swedish-speaking minority in Finland, became the largest in two traditional Finnish-Swedish strongholds.

The party received more than every other vote in Ostrobothnia and almost every third in Eastern Uusimaa.

In Helsinki, there was no vote at all.

The capital was exempted from the welfare area reform and the city administration still handles care and social services there.