Voters were called to the polls to elect mayors and departmental councilors this Sunday. It was the first ballot since Macky Sall's re-election in 2019. No figures yet… 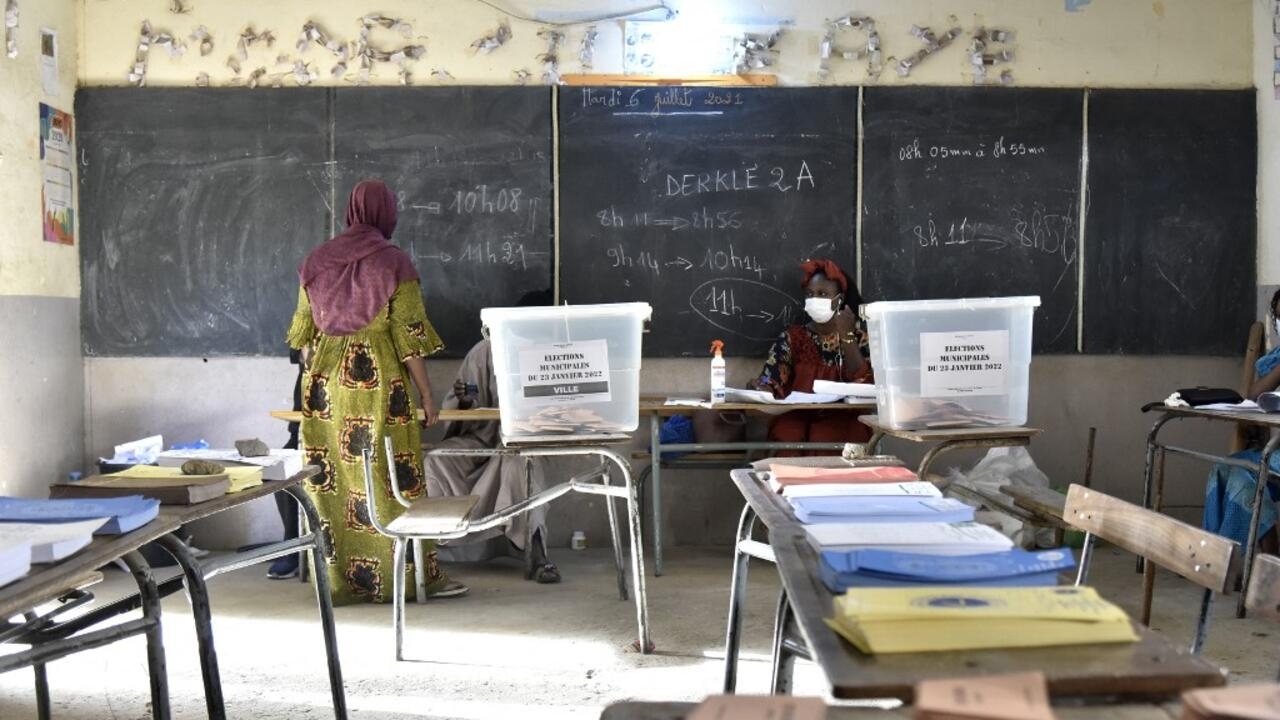 A voter at a polling station in Dakar for the local elections, January 23, 2022. AFP - SEYLLOU

Voters were called to the polls to elect mayors and departmental councilors this Sunday.

It was the first ballot since the re-election of Macky Sall in 2019. No official figures yet, but in the capital, the opposition candidate Barthélémy Dias has already claimed victory.

And in Casamance, the first trends announce a large victory for the opposition figure Ousmane Sonko at the town hall of Ziguinchor.

Some voters are still voting in the offices where the operations have been extended, when a little before 8 p.m., Barthélémy Dias calls on his supporters to mobilize to celebrate, he says, a "

our correspondent at Dakar,

Perched in the back of a pick-up, the coalition candidate Yewwi Askan Wi, supported by the former mayor of Dakar Khalifa Sall, launches a caravan, in music, in the streets of the capital.

According to his team, the figures compiled by the coalition "

leave no room for doubt

To read also: the challenges of local elections in Senegal

Another atmosphere at the headquarters of the presidential party, the APR.

A declaration by the leaders of the Benno Book Yakaar coalition scheduled for the evening is finally postponed, announces Pape Mahawa Diouf, head of the communication unit

At this stage, the official figures have not yet fallen: it is the departmental vote census commissions that compile the minutes.

The counting is in progress in the offices where the operations had started as planned at 8 a.m.

Sonko would win in Ziguinchor

But according to the first trends, in Casamance, Ousmane Sonko would have won against his two main competitors who are the outgoing mayor Abdoulaye Baldé and Benoit Sambou, appointed by the majority coalition.

Scenes of popular jubilation took place during the night, says

A caravan of cars, followed by dozens of motorbikes and a crowd of supporters roamed the streets of Ziguinchor part of the night to celebrate Ousmane Sonko's victory.

While the results of each polling station are falling in dribs and drabs and are compiled by the departmental commissions, outgoing mayor Abdoulaye Baldé admitted defeat in the evening.

Democracy has manifested itself.

Therefore, I would like to sincerely congratulate our brother Ousmane Sonko who obviously won the elections.

We have, it is true, lost the commune of Ziguinchor.

But there are municipalities that we have won in the department.

Ousmane Sonko is therefore confirmed in his national ambitions, as he declared on Sunday after voting.

Over two years, we will have a full cycle of elections, local, legislative and presidential.

These elections are interconnected.

That's why it's a national issue.

And that's why I defeated, half way anyway, a national campaign to support our other candidates.

According to the first estimates, the candidate of the majority coalition, Benoit Sambou, would therefore not have succeeded in conquering the capital of Casamance.

In a press release published in the evening, the Cena, the electoral commission judges the conduct of the vote "

satisfactory on the whole

some delays or malfunctions

", and wishes that the publication of the results be held "

in an atmosphere of perfect democracy

Overall, the Cena ensures that the vote took place "

normally in more than 99% of cases