Humanitarian emergency in Afghanistan: meeting in Oslo between Taliban and Westerners

The Taliban hold talks Monday in Oslo with Western diplomats on the humanitarian emergency and human rights in the country. This is the first Taliban delegation to visit Eu... 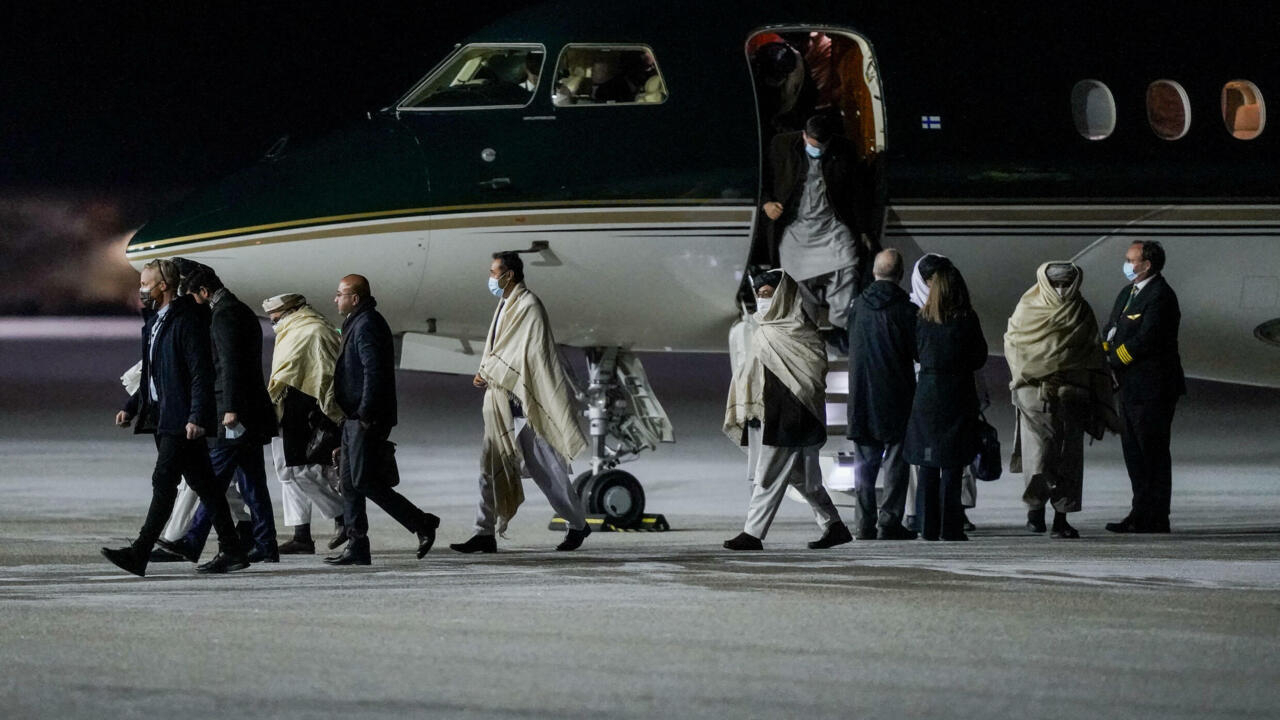 Taliban and Western diplomats meet around the table, Monday, January 24 in Oslo, to discuss the humanitarian crisis in Afghanistan and human rights, in particular those of women, violated by the new regime.

On the occasion of the Taliban's first visit to Europe since their return to power, the delegation led by their Foreign Minister Amir Khan Muttaqi is meeting representatives from the United States, France, the United Kingdom, Germany, from Italy, the European Union and Norway.

>> To (re) see: "The distress of Afghans in a ruined country"

Held behind closed doors in the Soria Moria hotel, on a snow-covered hill near Oslo, the talks are expected to focus on the humanitarian emergency in Afghanistan and on human rights, as millions of Afghans are threatened by the hunger in the country deprived of international aid and affected by several droughts.

"While seeking to resolve the humanitarian crisis (...), we will pursue lucid diplomacy with the Taliban (dictated by) our abiding interest in a stable, rights-respecting and inclusive Afghanistan," the US Special Representative tweeted on Sunday. Thomas West.

No state has so far recognized the government of the Taliban, Islamist fundamentalists ousted from power in 2001 but who regained control of the country last August after a lightning offensive.

Norway stressed that these discussions, criticized by experts and part of the diaspora, "do not constitute legitimization or recognition".

"But we have to talk to the authorities who are de facto running the country," said the head of her diplomacy, Anniken Huitfeldt, on Friday.

>> To (re) read: "In Afghanistan, hunger is setting in and threatening 'particularly babies under six months'"

For his part, the spokesman for the Islamist government, Zabihullah Mujahid, told AFP on Saturday that he hoped that the discussions would help "change the warlike atmosphere (...) into a peaceful situation".

Since August, international aid, which financed about 80% of the Afghan budget, has stopped and the United States has frozen $9.5 billion in assets of the Afghan Central Bank.

Unemployment has skyrocketed and civil servants' salaries have not been paid for months.

Hunger now threatens 23 million Afghans, or 55% of the population, according to the UN, which has requested 4.4 billion dollars from donor countries this year.

The ice is broken

The international community, however, is waiting to see how the Islamist fundamentalists govern, having trampled on human rights during their first stint in power between 1996 and 2001.

Despite the promises, women are largely excluded from public sector jobs and secondary schools for girls mostly remain closed.

On Sunday, the first day of the three-day visit, the Taliban met with members of Afghan civil society, including feminist activists and journalists, for talks on human rights.

One of the feminist activists, Jamila Afghani, spoke of "a positive meeting to break the ice".

"The Taliban have shown goodwill," she said in a message to AFP.

"Let's see if their actions will follow their words."

Participants stressed "that all Afghans must work together for political, economic and security improvement in the country", Taliban spokesman Zabihullah Mujahid tweeted in what he described as a "statement spouse".

They also recognized that "understanding and joint cooperation are the only solutions to all the problems of Afghanistan", he said.

Among the fifteen members of the delegation – exclusively male – who arrived on Saturday evening on board a plane chartered by Norway, is Anas Haqqani, one of the heads of the Haqqani network.

His presence in Oslo is particularly criticized on social networks.

Responsible for several deadly attacks in Afghanistan, his clan, which has become a major component of the new Taliban regime, is considered by the United States to be a terrorist group.