Riots at a demonstration with 50,000 people against the Covid restrictions in Brussels

Helicopters, drones, hundreds of riot police, horse units, tanks, tear gas and water cannons. As expected and feared, in line with what... 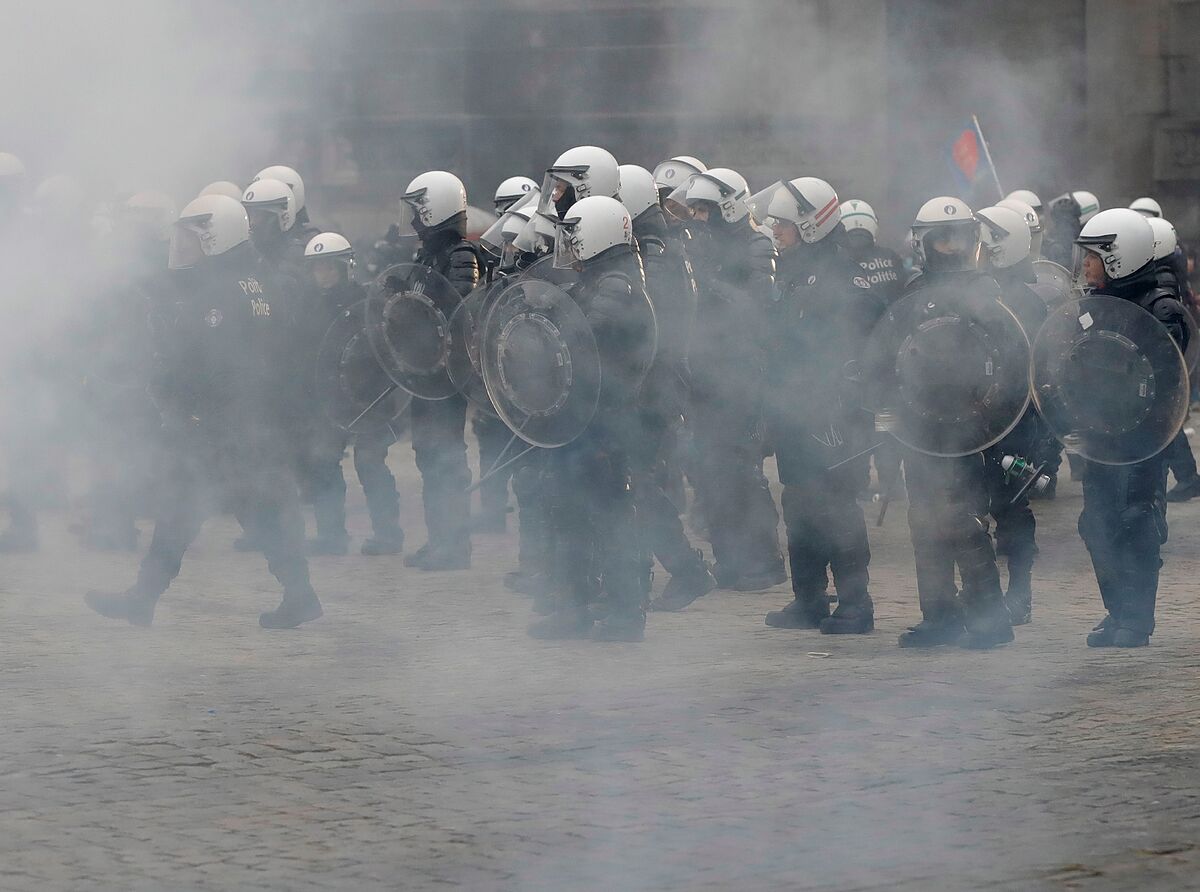 As expected and feared, in line with what has happened over and over again in the past, the demonstration held this Sunday in Brussels against the Government's restrictive measures in the face of the pandemic has degenerated into

a brutal confrontation between participants and security forces. security

Up to 50,000 people, according to the Police, have filled the streets of the capital, in a mix of

and the consortium called World Wide Demonstration for Freedom et Europeans United for Freedom, with more than 600 small local groups joining the initiative.

It began with a march, continued with speeches at the gates of the Cinquantenaire Park and ended with stones, attacks and fights.

, the building where the High Representative for Foreign Policy of the Union,

The images are shocking.

The destruction and the exchanges, between clouds of smoke, in the middle of the park, one of the lungs of the city,

Shortly before 3:00 p.m., the forces of order have requested the dissolution of the act, but by then the violence was already dominant.

In the middle of the afternoon the Police have taken the park and have proceeded to evict it by force.

In Belgium, 76.75% of the population, almost nine million people, have completed the vaccination schedule, and more than half have already received their third booster dose.

But the differences between regions are important and brutal in the capital.

In Brussels, 60% of vaccinated have not yet been reached

for ideological, health or religious reasons. On the extreme right there is a strong component of conspiracy and resistance to immunization. Among the Muslim community, there are serious doubts about the possibility that the vaccines are not halal and contain traces of pork. In the poorest districts with the highest population density, the educational level and digital training are against it, and the fear of appearing in health records when family members are not legally registered is a factor that is weighing, according to experts.

. The access tunnels to the city center have been closed and traffic interrupted in the European quarter for hours. Every month marches or protests are held (there are five in eight weeks) but the number of participants has surprised in a capital that slightly exceeds a million inhabitants. Politically there is no pressure on the federal Executive, nor on the regional governments, but

the anti-vaccine movement and above all against the Covid digital certificate is growing.

For months the certificate has been mandatory in the country to enter bars, restaurants, events or sports centers.

Enforcement is very high (although ID is rarely required at the same time) but uneasiness has continued unabated over time among critics, who

see it as a civil rights violation

HealthFlurona, the covid and flu infection: what is it and what are its symptoms

Health Catalonia registers the first cases of flurona in Spain