How Vaccine Misinformation Made Children Vulnerable to the Omicron Variant 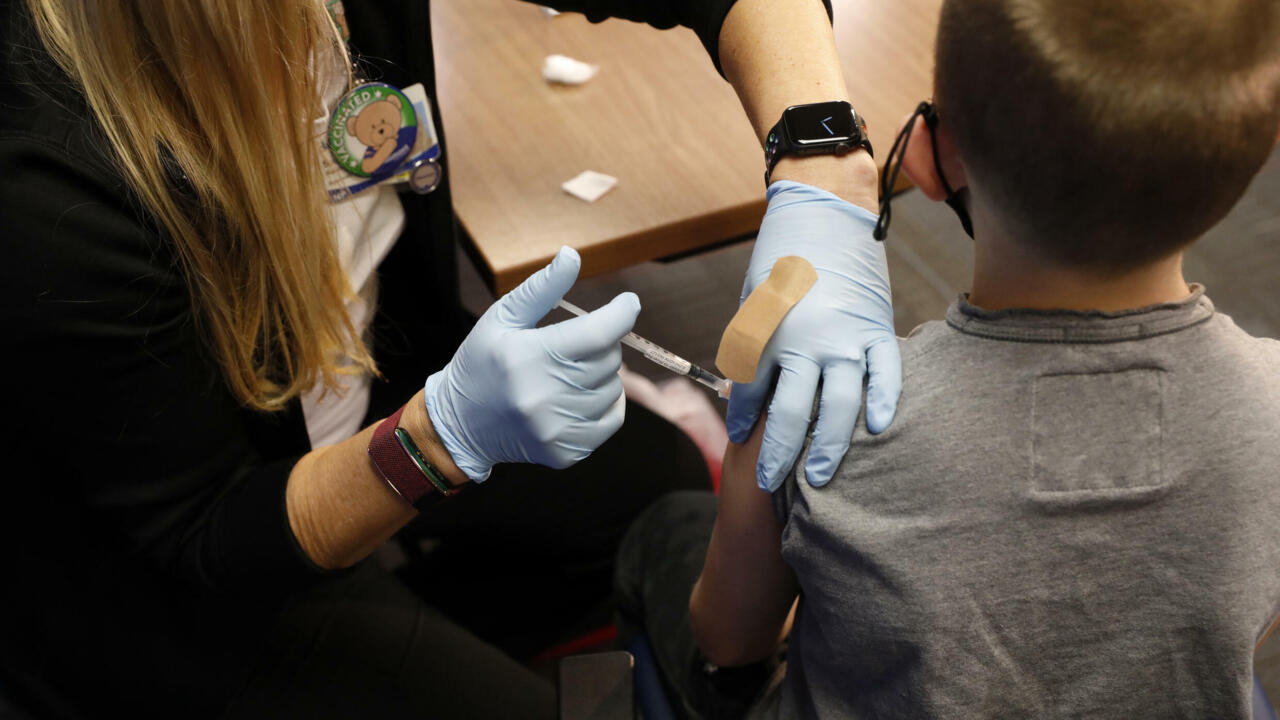 Fear that serums have been developed too quickly, rumors about an impact of injections on fertility... Wassim Ballan, doctor at Phoenix Children's Hospital, assures us that fighting misinformation is now part of his job.

“Unfortunately, most of the time when we talk to a family about these things, the child is already in the hospital,” he laments.

Parents need to understand that vaccines are "the most important tool to protect themselves," he says, especially to prevent severe forms of the disease, such as multisystem inflammatory syndrome in children (MIS-C), a rare and dangerous complication that does not occur until several weeks after infection.

Only 27% of children aged 5 to 11 received a first dose of vaccine in the United States while pediatric hospitalizations reached a record 914 per day in January, a dramatic increase from the previous peak of 342 in September 2021.

protection in the womb

In the first week of January 2022, Texas Children's Hospital in Houston recorded twelve babies in intensive care with Covid-19.

Infants are too young to receive the vaccine, but Kathryn Gray, a doctor at Brigham and Women's Hospital in Boston, says a growing body of research indicates that vaccination during pregnancy leads to the transmission of antibodies to babies, giving them temporary protection.

However, many pregnant women are hesitant to get immunized because they were excluded from initial clinical trials.

Children wait to receive an injection of the Pfizer vaccine against Covid-19, November 2, 2021 in Hartford, Connecticut JOSEPH PREZIOSO AFP / Archives

Dr. Gray is among the professionals monitoring the development of the situation.

“So far, there have been no red flags” in the data, she says, adding that she “confidently” assures her patients that getting vaccinated during pregnancy is safe for both mother and child. baby.

Health authorities around the world are saying the same thing, but the initial lack of data continues to be exploited by vaccine opponents on social media.

Posts on Facebook and Twitter claim cases of stillbirths have spiked since pregnant women got vaccinated, though lack of protection against the virus is a far greater risk.

According to epidemiologists Carla DeSisto and Sascha Ellington of the Centers for Disease Prevention and Control (CDC), of the 1.2 million births in the United States, the data did not suggest "evidence that the stillbirth rate has been higher during the pandemic."

Their work, however, revealed the risks for a pregnant woman to contract Covid-19.

Breastfeeding has also been the target of misinformation, with posts alleging babies have developed rashes or died after being fed by vaccinated mothers.

The perinatology Society for Maternal-Fetal Medicine has however recommended vaccination for breastfeeding people and indicates that there is no reason to stop breastfeeding after having been vaccinated.

A child receives an injection of the Pfizer vaccine against Covid-19 on November 5, 2021 in Los Angeles, California Frederic J. BROWN AFP/Archives

On the page of one of these groups which has more than 10,500 subscribers, a New York mother, Bethany Bristow, spotted requests for "unvaccinated milk".

Along with other moderators, she decided to ban such requests.

On the contrary, studies have shown that milk from vaccinated mothers has certain benefits, according to Laura Ward, co-director of the Center for Medical Breastfeeding at Cincinnati Children's Hospital.

“Antibodies have been detected in the breast milk of vaccinated breastfeeding women. This means that breastfed infants may have some protection against Covid-19 if their mother has received the vaccine,” she notes.

"Concerns or gray areas about vaccines are overshadowed by the risks incurred by Covid," adds Dr. Kathryn Gray.