For an opinion: why the head of the German Navy resigned after the words about Crimea

The commander of the German Navy, Vice Admiral Kai-Achim Schönbach, resigned after saying that Crimea would never return to Ukraine. This German commander said, speaking at a conference in India. Ukrainian Ambassador to Germany Andriy Melnyk welcomed Schönbach's decision, however, in his opinion, this situation "seriously calls into question the reliability of Germany at the international level." From the point of view of experts, the opinion of a high-ranking German military leader, who voiced the real state of affairs, and the resonance it caused, clearly demonstrate the split in the Western political community. At the same time, analysts state that Europe remains under the strong ideological influence of the United States. 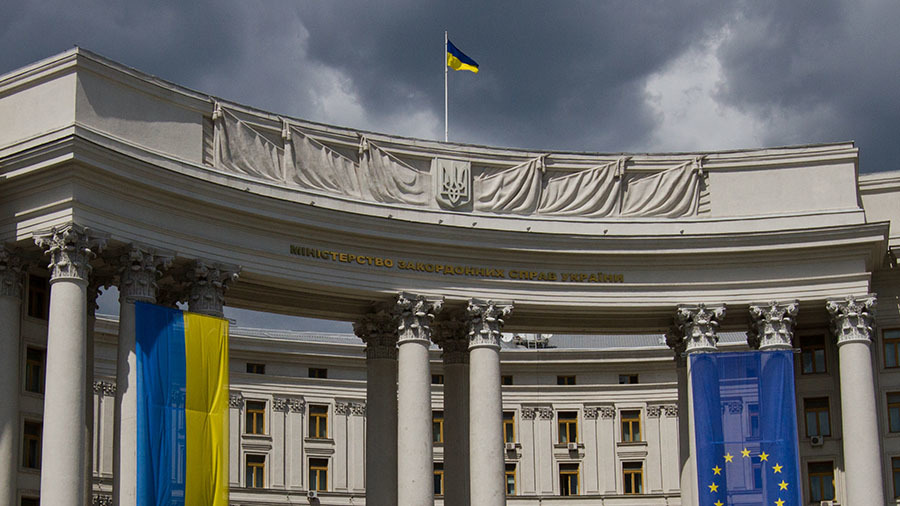 Vice Admiral Kai-Achim Schönbach, Commander of the German Naval Forces, resigned after saying that Crimea would not return to Ukraine.

“I have asked Secretary of Defense Christine Lambrecht to immediately release me from my post.

The minister granted my request, ”Schoenbach said in a statement to Reuters.

Ukrainian Ambassador to Germany Andriy Melnyk, in a commentary to the Die Welt newspaper, said that he welcomes this decision, but at the same time believes that Germany's reputation has been damaged.

According to the diplomat, this situation "seriously calls into question the reliability of Germany at the international level."

Recall that Vice Admiral Schönbach, during a speech at a conference in India, said that the Crimean peninsula would never return to Ukraine.

He also called the allegations about the possibility of a Russian military invasion of Ukraine nonsense and added that Vladimir Putin is trying to ensure that Moscow is talked on an equal footing.

In addition, the military leader expressed the opinion that India and Germany need the support of Russia to confront China.

The speech of the commander of the German Navy caused a sharp reaction in Kiev.

The Ukrainian Foreign Ministry demanded clarification from the German authorities about Schönbach's words.

“The Crimean peninsula can only be lost in the imagination of a German Vice Admiral.

Crimea will certainly return thanks to the persistent efforts of Ukraine and its partners, who will show determination in countering the aggressor state.

In this regard, we demand clarification from the German government as to how the words of the commander of the Navy correlate with Germany's consistent support for the "Crimean Platform," RBC-Ukraine quotes the words of Oleg Nikolenko, official representative of the country's foreign ministry.

In addition, the German Ambassador Anka Feldhusen was summoned to the Foreign Ministry.

The ministry's statement noted that it was also expressed disappointment at the position of the German government on the failure to provide defense weapons to Ukraine.

Disappointment in connection with the position of Berlin was also expressed by Ukrainian Foreign Minister Dmitry Kuleba.

“Germany’s recent statements about the impossibility of transferring defensive weapons to Ukraine, in particular through granting permission for this to third parties, the futility of returning Crimea, hesitations to disconnect the Russian Federation from SWIFT do not correspond to the level of our relations and the current security situation,” he wrote on Twitter.

Shortly after replicating Schönbach's statements in the media and social networks, the vice admiral explained that they reflected his personal opinion and did not correspond to the official position of the German Ministry of Defense.

The military department also said that Schönbach's statements did not correspond to the position of the ministry.

A few days earlier, Dmitry Kuleba, at a briefing with the head of German diplomacy Annalena Burbock, said that Germany would lead one of the areas of work of the Crimean Platform, which would be related to the "policy of non-recognition."

“We proposed to individual partners of Ukraine to lead one of the five areas of its work within the framework of the Crimean Platform.

And today I was happy to learn that Germany is ready to become a leader in the "Crimean Platform" in the direction of the "policy of non-recognition."

This is a confirmation of the leadership approach of German diplomacy.

I hope that it will remain so in the future,” the minister said.

However, Burbock did not comment on Kuleba's statement either at the briefing or later.

At the same time, she stated that the new German government is still not ready to supply weapons to Ukraine.

“The position of the German government on the supply of weapons, given our restrictive arms export policy, is known, and this is also explained by our history,” Deutsche Welle quoted her as saying.

As Vladimir Olenchenko, senior researcher at the Center for European Studies at IMEMO RAS, noted in an interview with RT, the lack of a pronounced response from the head of the German Foreign Ministry can be explained by the fact that she recently took office.

“If she was an experienced diplomat, some kind of reaction would follow from her side.

However, her silence leaves room for any interpretation, including demonstrating that in this matter Ukraine focuses its foreign policy on propaganda, ”the political scientist emphasized.

In turn, Alexander Kamkin, a leading researcher at the Center for German Studies at the Institute of Europe of the Russian Academy of Sciences, expressed the opinion that, despite the change of government, a certain dissatisfaction has accumulated in the political circles of Germany with the foreign policy of Ukraine, which puts forward various demands to Berlin, sometimes in an ultimatum form.

First of all, according to him, this concerns the Ukrainian ambassador to Germany.

And such a position is often negatively perceived by the European partners of Kiev, ”the political scientist explained.

Recall that in March 2021, the Ambassador of Ukraine to Germany, in an article for the Berliner Zeitung, wrote that Germany has a “moral duty” to Ukraine due to the events of World War II and the Nazi occupation, so Berlin should be more actively involved in resolving the issue of ownership of Crimea.

Melnik also made other high-profile statements.

For example, he criticized German President Frank-Walter Steinmeier and hinted at a possible return of nuclear status to Ukraine if it was not accepted into NATO.

In addition, the Ukrainian ambassador said that Germany has a "historical responsibility" to the Ukrainian people and therefore must force the admission of Kiev to the North Atlantic Alliance without additional conditions.

Against this background, some politicians in Germany are skeptical about the possible admission of Ukraine to NATO.

Thus, the Prime Minister of Bavaria, Markus Söder, in an interview published on January 22 with the Frankfurter Allgemeine Zeitung newspaper, said that the issue of Kiev's entry into the bloc would not be on the agenda for a long time.

“For all the fair criticism of Russia, the West must someday answer the key question: is NATO expanding into Ukraine planned?

Of course, Russia cannot be allowed to dictate the rules.

However, despite this, the answer must be given.

From my point of view, it’s clear: NATO’s eastward expansion to Ukraine will not be on the agenda for a long time, ”TASS quoted Söder, head of the Christian Social Union party, as saying.

He also said that NATO is not a threat, but at the same time he called for fixing that the issue of expanding the bloc to the east worries Moscow.

According to experts interviewed by RT, despite the resonant resignation of Schönbach, one cannot discount the fact that there is a certain skepticism in the German establishment regarding the unconditional support of the Kiev authorities.

So, according to Vladimir Shapovalov, deputy director of the Institute of History and Politics of the Moscow State Pedagogical University, the current coalition government of Germany, apparently, is quite split in relation to Ukraine.

“Representatives of the government give different, sometimes diametrically opposed comments on certain issues.

Therefore, in this regard, we must focus not on what various ministers say, but still on the position of Germany, which is expressed by the Chancellor.

It is also important to keep in mind that, in fact, there are open disagreements in the current German government on this issue,” Shapovalov said.

Pavel Feldman, Deputy Director of the RUDN Institute for Strategic Studies and Forecasts, for his part, called it a “sad story” that Schönbach lost his post for a sensible assessment of the current state of affairs in international politics and the military sphere.

In this regard, the expert emphasized that it is always necessary to distinguish between the statements of public politicians and the military.

“The latter are much more realistic in assessing what is happening in the international arena, they are much more accurate in their statements, because their task is extremely clear - it is to maintain security and prevent a world war.

But politicians, who in Europe are much more prone to speculative rhetoric, pay more attention to ideology, propaganda and all sorts of loud statements,” Feldman explained.

“Therefore, Schönbach, who realistically assessed the situation, is forced to resign from his post.

But, on the other hand, it symbolizes the split that exists today in Western political society,” the specialist added.

According to him, there are pragmatic, sensible forces in the West who understand that Russia has its own national interests and has the right to firmly declare and defend them.”

In turn, Vladimir Shapovalov believes that the latest statements of German politicians about Ukraine and the ownership of Crimea can be regarded as a signal that the understanding of the situation in this country in the West is gradually changing.

“This is far from the first statement by high-ranking European officials and politicians, but it is important here that it was made by a German military leader.

In fact, this is quite serious evidence that the leaders and leading experts of one of the largest countries in Europe are beginning to realize the real state of affairs.

Thus, one can count on the fact that such a point of view will slowly spread among European politicians,” the analyst believes.

The narrative about the “annexation” of Crimea persists in European public opinion due to the strong influence from Washington, the expert believes.

“Nevertheless, sobering up will happen sooner or later, and we are already seeing in the context of the latest situation that many politicians in Europe are beginning to realize that the picture that Kiev paints is quite distorted.

I would especially like to draw attention to the fact that representatives of the FRG are increasingly openly denoting their special position regarding Ukraine, which differs significantly from the American one, ”concluded Shapovalov.