Armenian President Armen Sarkissian decided to resign, a corresponding statement was published on his official website. 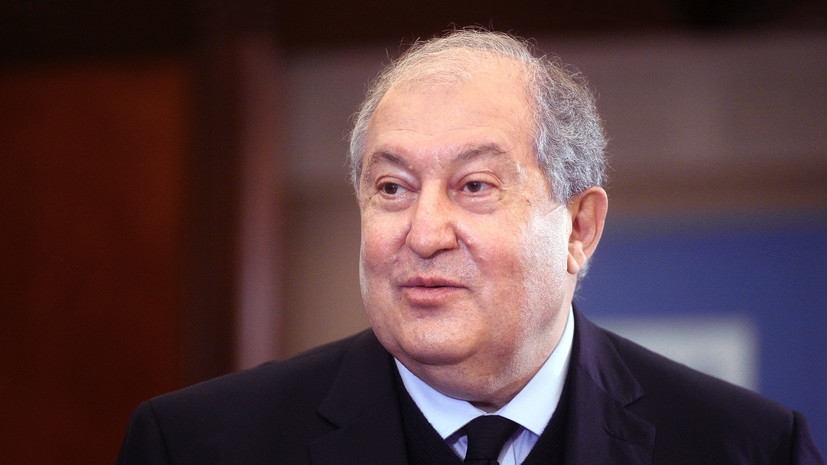 “I thought for a long time and decided to leave the post of President of the Republic after active work for about four years.

This decision is not at all emotional, it follows a certain logic, ”the text of Sargsyan’s address says.

In his address, he noted that, as president, he does not have the necessary tools "to influence the radical processes of domestic and foreign policy."

Sargsyan thanked the citizens of the country "for their steadfastness, endurance, patience and courage in these difficult times for the country", as well as the Armenian army and his colleagues.

Former Italian Prime Minister Silvio Berlusconi announced earlier that he had decided to withdraw his candidacy for the presidency.