Waiting for certification: how Germany comments on the situation around Nord Stream 2

German Vice Chancellor Robert Habeck said that Berlin would not pay compensation if Nord Stream 2 was not certified. He also called the pipeline a "geopolitical project." Earlier, US Secretary of State Anthony Blinken stressed that Washington views the situation around the pipeline as a lever to influence the Russian Federation, including Germany. At the same time, a number of German politicians are calling for the completion of the certification of the pipeline as soon as possible, since the use of this project for geopolitical purposes threatens Europe's energy supply. For their part, experts state that Nord Stream 2 has indeed become a hostage to the political ambitions of the West, and above all the United States. However, according to analysts, the gas pipeline is likely to be put into operation, since this is fully in the economic interests of Berlin. 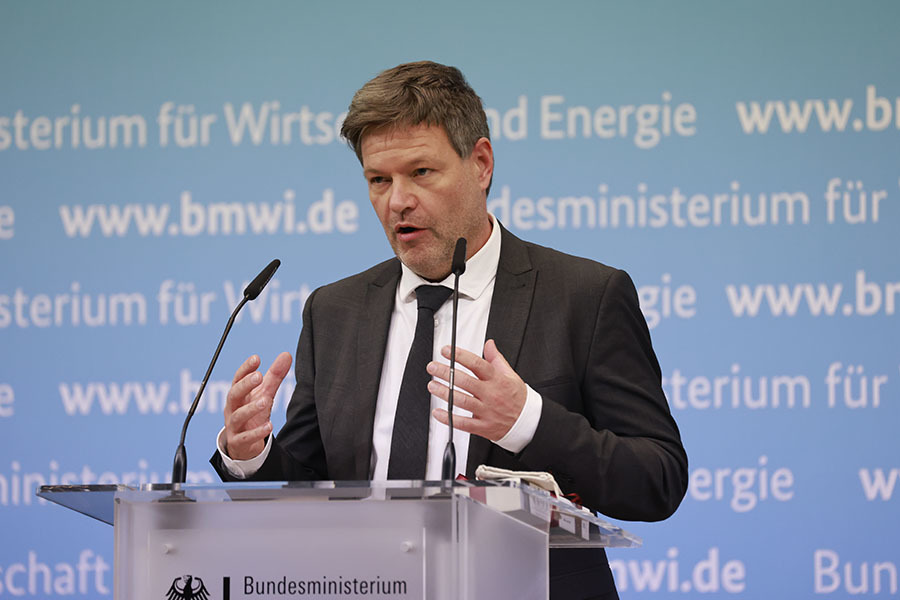 Berlin will not pay compensation if Nord Stream 2 does not comply with German and European standards.

This was stated in an interview with the magazine Der Spiegel by the Minister of Economics of Germany, Vice-Chancellor Robert Habek.

When it resumes, it will be decided whether there are conditions for issuing a permit (for the transit of natural gas. -

) in accordance with German and European rules.

If not, then there will be no compensation payable, ”Khabek said, quoted by TASS.

He also added that SP-2 "has always been a geopolitical project", as it provides the Russian Federation with a hypothetical opportunity not to pump gas through Ukraine.

In this regard, Habek recalled the deal that Washington and Berlin concluded in July last year.

Under its terms, the United States recognized that the implementation of Nord Stream 2 cannot be stopped.

At the same time, the US and Germany intend to ensure that Moscow and Kiev extend the agreement on gas transit for another 10 years.

The current Russian-Ukrainian contract expires in 2024.

According to Habek, Berlin should increase the level of diversification of natural gas supplies in order to reduce dependence on Moscow.

According to the Vice-Chancellor, the share of Russian blue fuel in Germany's import structure is 55%.

The minister stressed that the energy policy of Germany "has not only an ecological, but also a geopolitical dimension."

At the end of December last year, in an interview with the ZDF TV channel, Khabek allowed the introduction of restrictive measures against Nord Stream 2 in the event of an armed conflict between the Russian Federation and Ukraine.

Commenting on RT the words of the Vice-Chancellor of Germany, an expert from the National Energy Security Fund, a teacher at the Financial University under the Government of Russia Stanislav Mitrakhovich said that there is no legal norm that regulates the issue of compensation.

The analyst expressed confidence that the certification of SP-2 will be successfully completed.

The fact that Robert Habek is opposed to Nord Stream 2 and makes statements against it is not surprising ... Germany needs the project, it will receive economic and political benefits from it, ”Mitrakhovich emphasized.

In turn, Deputy Director General of the National Energy Institute Alexander Frolov, in an interview with RT, noted that Khabek does not have the authority to make decisions regarding the payment of any compensation.

“To award or not to award compensation under SP-2 - these decisions are not made by him.

If SP-2 is not implemented due to the opposition of European countries and government agencies, then the project participants will certainly turn to the courts for very substantial compensation and, most likely, they will win them without any problems.

For the German government, this scenario is completely unprofitable, ”Frolov is convinced.

The construction of Nord Stream 2 was completed at the end of 2021.

The maximum capacity of the two branches of this pipeline is 55 billion cubic meters per year.

On December 29 last year, the second artery of SP-2 was filled with the so-called technical gas, which made it possible to provide a pressure level sufficient to start transporting blue fuel.

On the same day, Russian President Vladimir Putin said that now everything "depends on our partners, consumers in Europe."

The application for certification of Nord Stream 2 was submitted on June 11 last year.

It was assumed that this process would be completed by January 8, 2022, but on November 16, the German Federal Network Agency suspended it.

As the regulator explained, this decision was made due to the fact that the operator Nord Stream 2 AG, located in the Swiss city of Zug, did not transfer the fixed capital relating to the German segment to the ownership of the German subsidiary.

In a comment to TASS, the Nord Stream 2 press service noted that the company is making every effort to ensure compliance with rules and regulations.

“This also applies to the German Energy Industry Act (EnWG), which implements the provisions of the EU Gas Directive into German law,” Nord Stream 2 said.

As Minister of Energy of the Russian Federation Alexander Novak said in an interview with RBC, the certification of SP-2 should be completed no later than the first half of 2022.

According to him, "this is the maximum term."

He stated that the implementation of the gas pipeline project has repeatedly encountered various difficulties.

In particular, the minister recalled the additional requirements of the German authorities on the need to create a separate company that would serve the section of the gas pipeline located in the 12-mile zone of Germany.

Novak also acknowledged the existence of political opposition to the gas pipeline project.

“We have always noted that this is an economic project, not a political one.

As Alexander Frolov explained, the legal registration of the work of joint venture - 2 faced difficulties due to a number of legislative changes that gave rise to certain legal problems, which were eventually used by the "European chitchat".

“All components of the SP-2 project were implemented under the requirements that were in force at that time, but the legislation changed.

For example, in 2019 it was decided to extend the EU energy legislation to the territorial waters of the EU members (previously applied only to land territories. -

In a conversation with RT, the head of the Center for German Studies at the Institute of Europe of the Russian Academy of Sciences, Vladislav Belov, suggested that in the near future there would hardly be any grounds for claims against SP-2.

“The certification has been delayed, but this is a really complicated process, and, as far as I can tell, Gazprom and Nord Stream 2 are working to ensure that the EU authorities and the German regulator no longer have any claims,” Belov argues.

Experts interviewed by RT believe that the early launch of SP-2 is fully in the interests of the industry and the fuel and energy complex of Germany, especially in the context of the outbreak of the energy crisis.

This view is also supported in Germany itself.

Thus, on January 20, Manuela Schwesig, Prime Minister of the federal state of Mecklenburg-Vorpommern, called for the completion of the certification of the gas pipeline as soon as possible.

She recalled that blue fuel is required by Germany for the transition to renewable energy sources.

In addition, some German politicians believe that certification is being delayed due to political resistance.

For example, in a recent TASS commentary, Alternative for Germany Bundestag MP Steffen Cotret said that "different parties" are trying to "mix together the importance of Europe's energy supply with geopolitical interests."

“This project was and will remain primarily economic and energy.

Using it as a tool to achieve other political goals is wrong and jeopardizes Europe's energy supply,” the deputy explained.

According to Kotret, the federal government is slowing down certification, which is to the benefit of the United States.

Recall that on January 20, US Secretary of State Anthony Blinken, at a joint press conference with German Foreign Minister Annalena Burbock, said that Washington considers the situation with Nord Stream 2 as a lever of influence on the Russian Federation, including Germany.

The head of the State Duma Energy Committee, Pavel Zavalny, on January 21, during a conversation with journalists, connected the delay in the certification of the highway with the influence of the United States.

According to the parliamentarian, "a purely political delay has begun, I would even say geopolitical."

In turn, experts draw attention to the fact that in Germany, the Union 90 / Greens party, whose leaders are Habek and Burbock, has become a stronghold of resistance to the certification of SP-2.

This political force was a permanent opponent of the construction of Nord Stream 2, and after the completion of all work, it began to call for abandoning the commissioning of the highway.

The "greens" in the coalition government of Germany - Habek and Burbock hope that the certification of the gas pipeline will not be completed.

However, the significance of their statements is actually negligible.

This is just their personal negative perception of Nord Stream 2, which will not affect anything,” says Vladislav Belov.

A different point of view is shared by Fyodor Basov, a researcher at the Department of European Political Studies at IMEMO RAS.

In his opinion, the German government has leverage over the regulator and is deliberately delaying the certification of Nord Stream 2 for political reasons.

“The SPD that won the election and Chancellor Olaf Scholz generally support SP-2. At the same time, it seems to me that in such a tense situation around Ukraine and the aggravated Russian-American relations, the German government will wait for them to warm up.

In the current situation, Berlin is afraid to put the gas pipeline into operation, although, of course, such an approach is contrary to the objective economic interests of Germany,” Basov summed up.