United States: Opponents of abortion rights full of hope during their annual march

The 49th edition of the abortion rights opponents' march took place this Friday, January 21 in Washington in a particular context. The Supreme Court, now with a conservative majority, for… 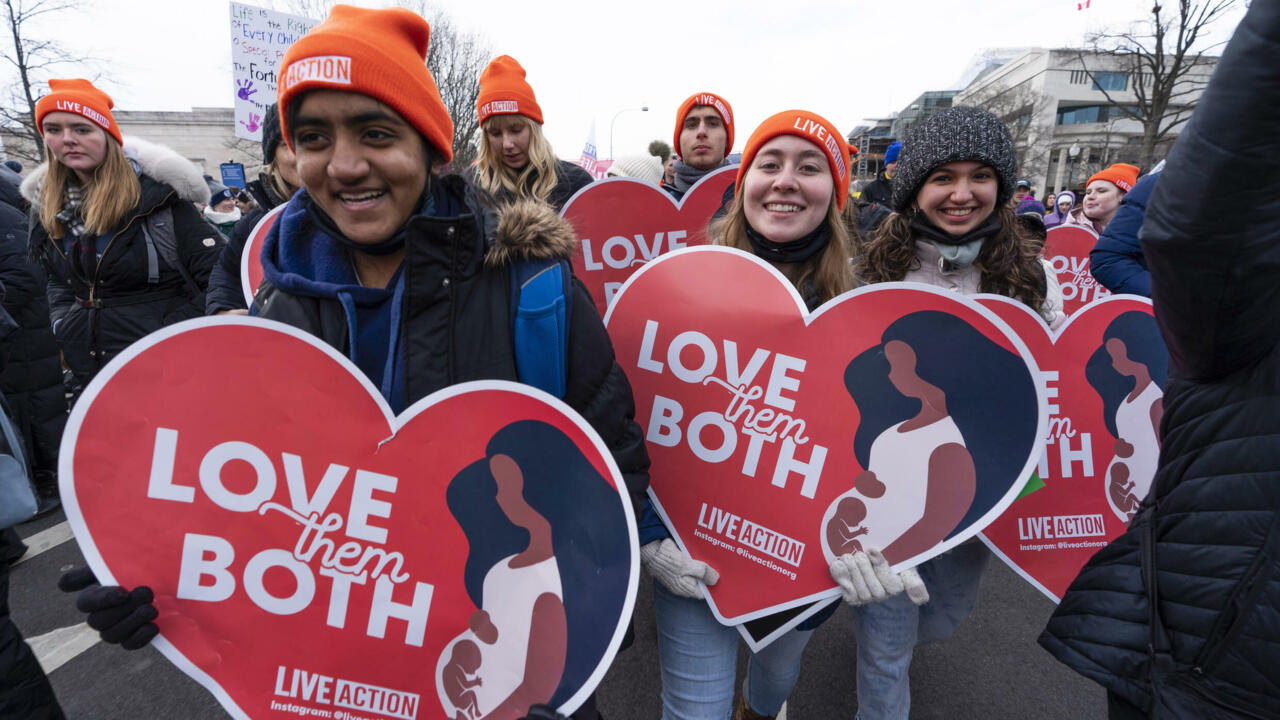 United States: Opponents of abortion rights full of hope during their annual march

Anti-abortion activists march towards the Supreme Court of the United States during the March for Life in Washington, Friday, January 21, 2022. AP - Jose Luis Magana

The 49th edition of the abortion rights opponents' march took place this Friday, January 21 in Washington in a particular context.

The Supreme Court, now with a conservative majority, could in the coming months reconsider its case law on the right to abortion.

In any case, this is the hope of the participants.

All people matter, even the unborn.

This is the credo of the thousands of participants in this annual march.

She is the spokesperson for the Young America Foundation, a conservative organization active in universities.

We are the voice of those who are not born,

We look forward to the Supreme Court changing its case law.

We really have faith in the new majority with judges like

They will show that the Constitution does not provide for the right to abortion.

Amy Coney Barrett at the Supreme Court of the United States: "It's a historic turning point"

The case law is the Roe V. Wade decision of 1973, which establishes the constitutional right to abortion.

The Court could limit its scope by reducing the time limit for performing an abortion, or cancel it altogether.

This is the hope of student Alexandre Odo: “

I hope there will be a complete reversal, but I will understand if there is a compromise.

The Roe vs. Wade decision, what is it?

It is one of the most important decisions of the American Supreme Court.

This case law, dating from 1973, is the one that recognizes the right to abortion at the federal level, in the name of respect for privacy.

It takes its name from the case between “Jane Roe”, real name Norma McCorvey, and Texas defense attorney Henry Wade.

Pregnant for the third time at the age of 21, the young Texan wants to have an abortion, but the laws of her state prohibit it.

She therefore seized the highest court in the country, which then affirmed that the 14th amendment to the Constitution protects the right of women to dispose of their bodies.

Since this decision, many States have sought to circumvent this case law with the help of new legislation.

If they cannot directly prohibit abortion, they can however require the consent of the spouse or parents, for minors.

Or even reduce the period during which the mother can resort to an abortion, as is the case in Texas today.

Compromise is not Thomas Barnett's goal.

He came from Providence, Rhode Island.

And for him, if the Supreme Court lets the States decide on the right to abortion, a new battle will begin.

States like California and New York are already preparing laws to pay people to come from states that would not allow abortion.

They would pay for transportation, hotel.

Because they want the money.

Killing children is a business, it makes money.

So we have to stop that

The Supreme Court is expected to rule by June.

United States: the right to abortion on borrowed time