The Swedish Transport Administration is now inviting consultations regarding the fourth and final section through the municipality of Nyköping. Citizens have until March 2 to comment on the proposal. 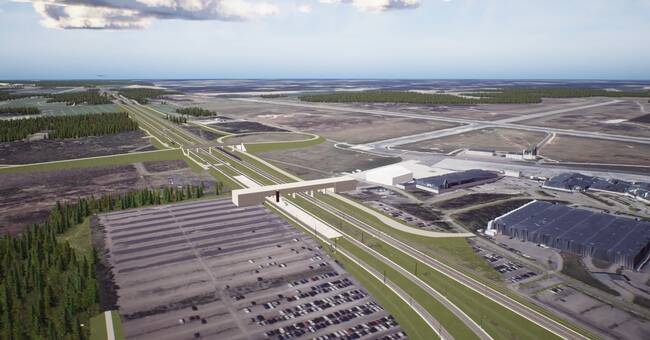 During the consultation, new details will be released to the public regarding the design of the planned railway.

The entire stretch can be seen in a video animation on the Swedish Transport Administration's website.

- Of the sections that run through Nyköping municipality, this one contains several interesting passages.

This is the part of the section that is closest to the densely populated area, says Jonas Nimfelt, project manager at the Swedish Transport Administration.

These include a 900-meter-long bridge over the Svärtaån valley and the design of the connection with the subway to Nyköping and also what the station at Skavsta Airport may look like.