In light of tension between the two sides.. Hemedti is in Ethiopia to strengthen relations and Abi Ahmed welcomes his visit

The Vice-President of the Sudanese Sovereignty Council arrived in the Ethiopian capital on a visit during which he will meet the Prime Minister, in order to discuss ways to strengthen bilateral relations, in light of tension between the two parties due to the borders and the file of the Grand Ethiopian Renaissance Dam. 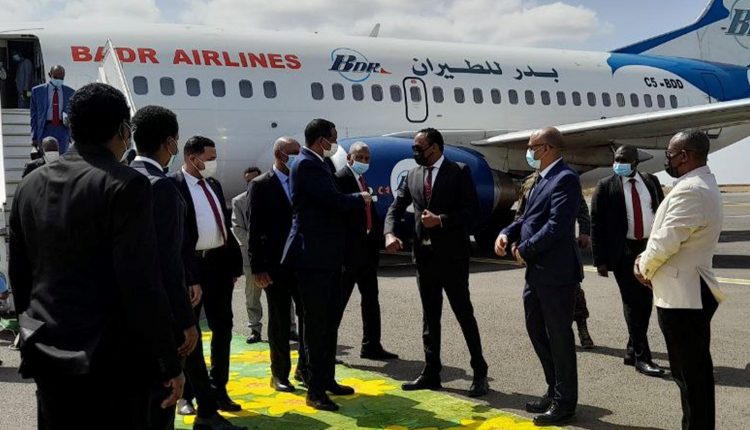 Lieutenant-General Mohamed Hamdan Hemedti, Vice-President of the Sudanese Sovereignty Council, arrived in the Ethiopian capital, Addis Ababa, on a visit during which he will meet with Prime Minister Abi Ahmed, in order to discuss ways to strengthen relations between the two countries, in light of tension between the two parties over the border and the Grand Ethiopian Renaissance Dam.

Al-Jazeera correspondent in Ethiopia quoted diplomatic sources as saying that the Sudanese official will hold talks with Ethiopian officials on developments in the situation in Sudan and efforts to achieve national reconciliation, in addition to discussing outstanding issues between the two countries, and resuming the opening of border crossings.

The Ethiopian "Fana" media network reported that the Vice-President of the Sudanese Sovereignty Council met with the Ethiopian Minister of Defense Abraham Bly, and no details were released about what happened in the meeting.

I am pleased to welcome today Gen.

Mohamed Hamdan Dagalo, Vice-President of the Sovereignty Council of the sisterly Republic of Sudan.

I would like to express, once again, my appreciation for the deep historical bonds that bind our two people.

Commenting on Hemedti's visit, Ethiopian Prime Minister Abiy Ahmed said that his country has historical ties with Sudan, which cannot be separated, whatever the circumstances.

He added that his country will do its utmost to maintain and strengthen relations with Sudan.

Less than two months ago, Khartoum announced that it had lost 6 soldiers in the disputed, fertile border region of Al-Fashqa, accusing the Ethiopian army and Ethiopian militias of being responsible for the disappearance of the soldiers, but Addis Ababa attributed this to rebels from the Tigray region (northern Ethiopia).

Hemedti's visit is the first by a prominent Sudanese official to Addis Ababa, following the escalation of tensions between the two countries as a result of Sudan's announcement in December 2020 that its army had taken control of the entire territory of his country in the Al-Fashqa border area with Ethiopia.

On the other hand, Addis Ababa accuses its neighbor Khartoum of controlling Ethiopian land, which Sudan repeatedly denies.

In contrast to the border crisis, the Renaissance Dam file is faltering in reaching a tripartite agreement;

Egypt and Sudan exchange accusations with Ethiopia of being responsible for the failure of negotiations sponsored by the African Union, within a negotiating track that began about 10 years ago, due to differences over the filling and operation of the dam.