In Burkina Faso, clashes break out in Ouagadougou after a ban on demonstrations

Despite the ban on a rally to denounce the government's "inability" to curb jihadist violence, demonstrators marched through the streets of the capital on Saturday to… 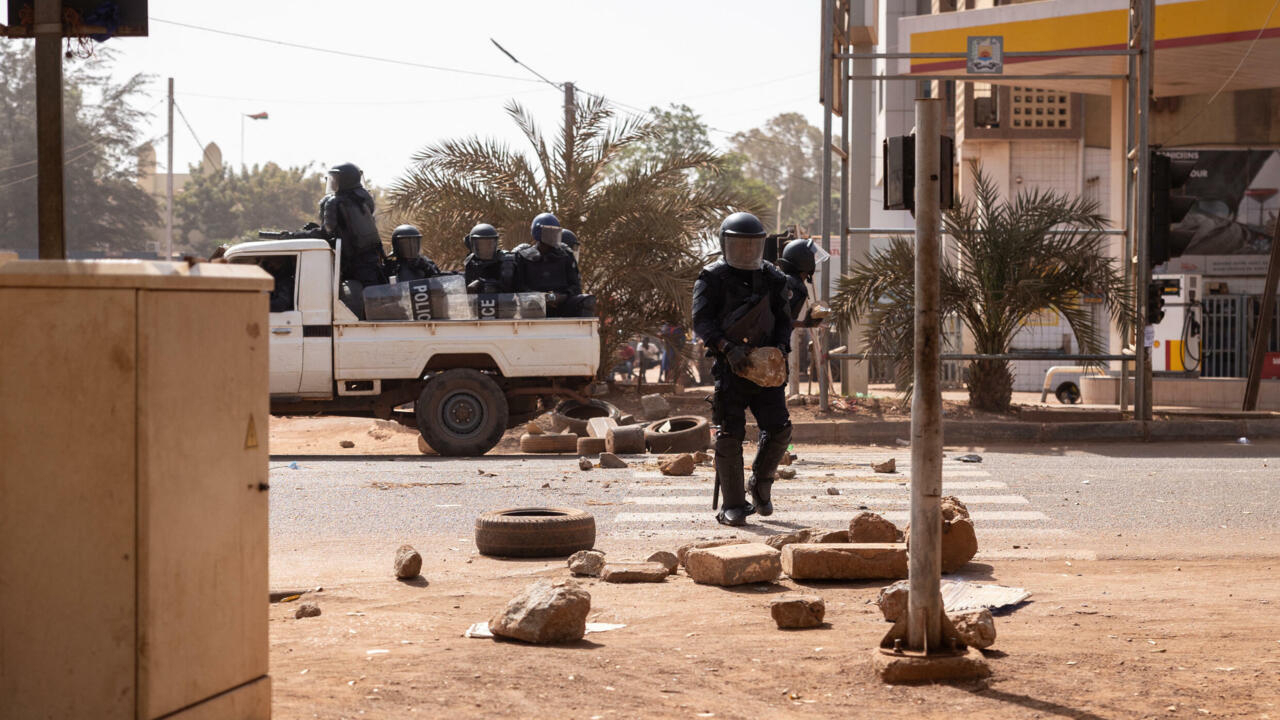 Day of anger in Ouagadougou.

Incidents broke out on Saturday, January 22, between the police and demonstrators who defied the ban on gathering to protest against insecurity in Burkina Faso, plagued by jihadist violence, noted a journalist from the AFP.

Riot police dispersed the demonstrators using tear gas, then a chase began in the streets of the city center of the Burkinabe capital, where young people could also be seen on motorbikes harassing the police men.

Makeshift barricades, made of wooden planks, stones and burning tires, were erected in several places.

A journalist from La Chaîne au coeur de l'Afrique (LCA), a private television company, was injured in the left arm after being shot and evacuated to a hospital in Ouagadougou, a member of the Cross told AFP. -Red.

"Power is at bay," said a protester, Ahmed Soulama.

"He refuses to understand the pain of the people who face attacks every day that mourn families" and "instead of supervising this march and hearing our cry from the heart, these are gases that we are being given throws," he adds.

The demonstration against the "inability" of power to prevent jihadist attacks, at the call of the civil society movement Save Burkina, was banned for "security reasons" by the town hall of Ouagadougou.

Save Burkina had been at the origin, on November 27, of a previous demonstration also prohibited, which had left a dozen injured in clashes between demonstrators and police.

The town hall also banned, on Saturday, another rally in support of Mali, targeted by sanctions reinforced by its West African neighbors.

Burkina Faso has been caught in a spiral of violence since 2015 attributed to armed jihadist groups affiliated with Al-Qaeda and the Islamic State group.

Attacks targeting civilians and soldiers are increasingly frequent and mostly concentrated in the north and east of the country.

Sometimes involved in inter-community clashes, they have killed more than 2,000 people over the past six years and forced 1.5 million people to flee their homes.